We’ve never exactly appreciated the squirrels that live in our neighborhood, but this year they seem especially mean.

This sunflower already had its top bitten off, and the rest didn’t last long after this photo. 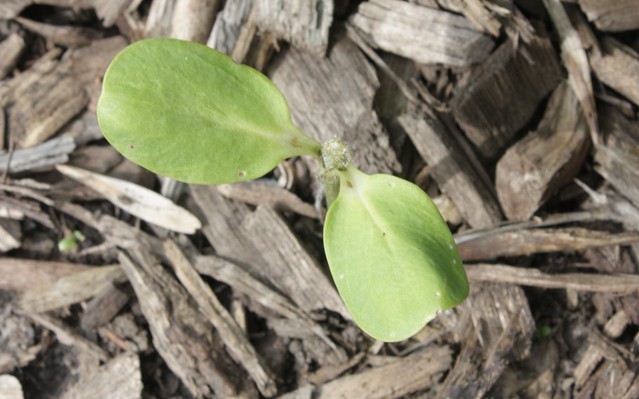 An entire evening primrose was pulled out of the ground, stem by stem. 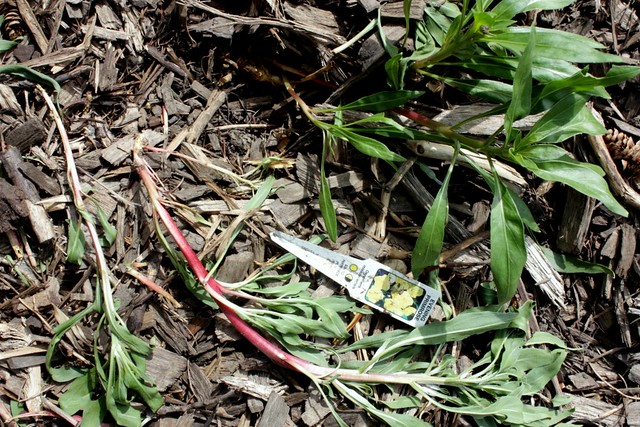 This white coneflower, which bloomed this year for the first time, was snipped off near the ground. 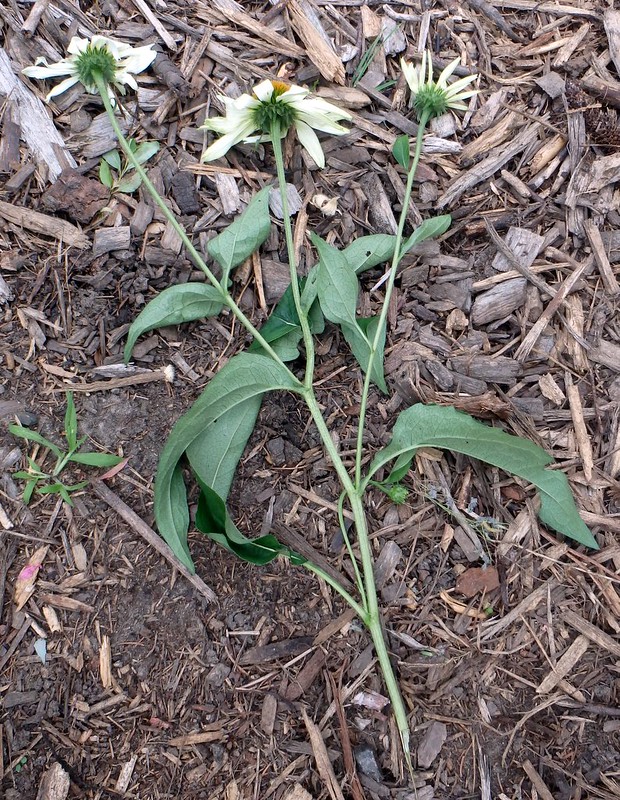 I was especially annoyed that the squirrels were damaging our flowers for no good reason: they weren’t even eating them. But then they turned to the vegetables, and I wasn’t any less upset even though the food was being eaten.

A chicken-wire fence, which stopped the rabbits, wasn’t enough to deter the squirrels from picking the tomatoes. So we had to add another fence to the top to the garden, which makes it a challenge for the humans to harvest the tomatoes and kale. 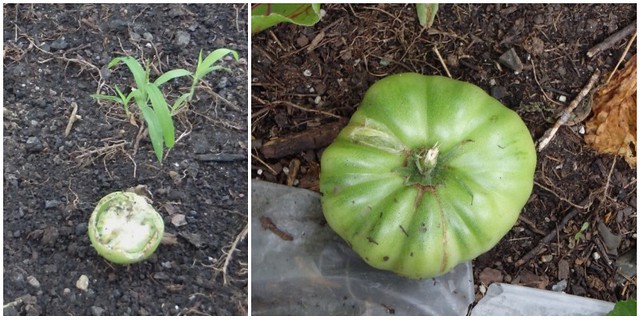 Earlier this summer, when the squirrels were ripping up the squash and gourd flowers, we fenced them all in, which stopped the damage – but we eventually had to remove the fence because the vines were too constrained.

At one point, we had two acorn squashes. One disappeared completely, and the other ended up with a good chunk eaten off the top. 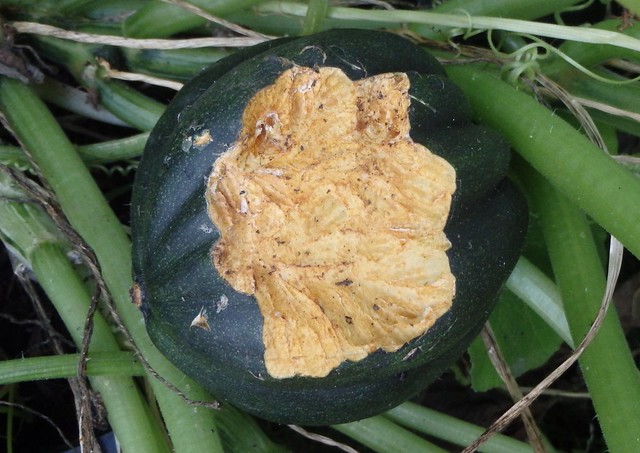 Same thing with this yellow squash. They also got two zucchini, but I don’t have the photo evidence because I was too busy rescuing the untouched zucchini to document it. 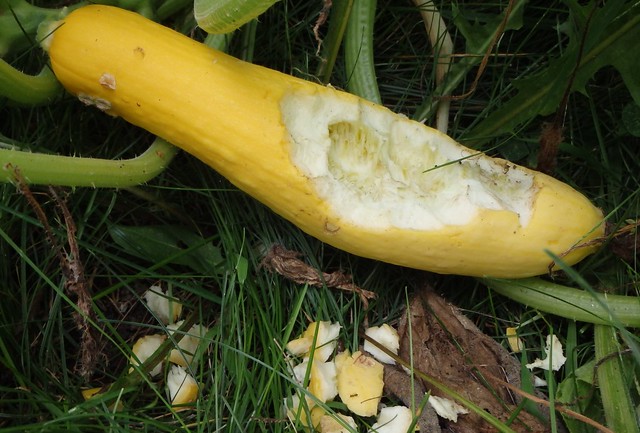 There were at least five gourds at one point, each distinctly different in appearance. 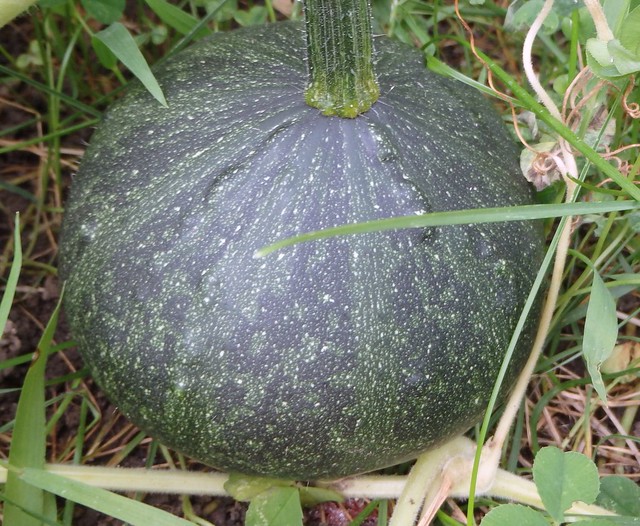 Two disappeared, one is now just a fraction of a rind, and a few scattered “crumbs” were all that remained of the fourth. 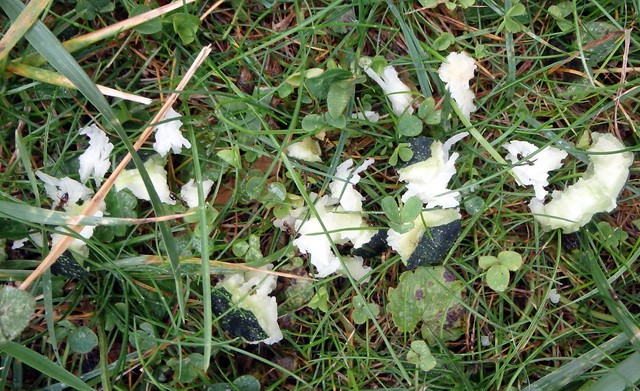 After this week’s gourd and squash damage, we re-fenced our one pumpkin and one remaining gourd. Without a top to the fence, though, I fear it’s just a matter of time before they’re gone too. At least we have tomatoes and kale!