A large, strange insect was flying clumsily above the milkweed. It dropped to a leaf and I saw that it was a wasp carrying a green caterpillar (possibly a cabbage looper). 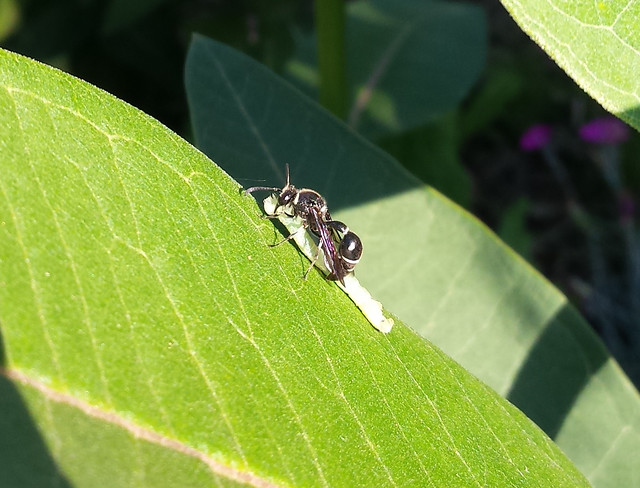 I thought it was eating the caterpillar until I noticed a mud nest on the underside of another leaf. 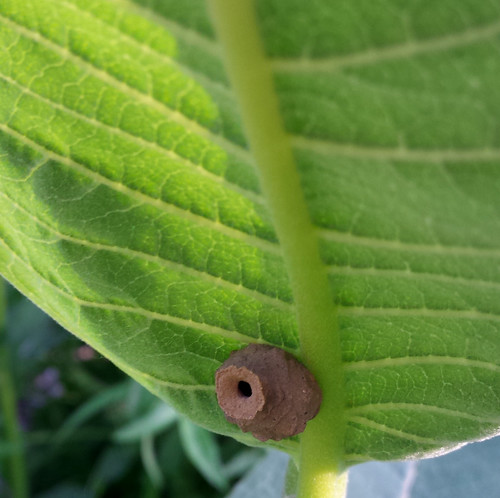 Soon the wasp flew to the nest and crammed the caterpillar in. 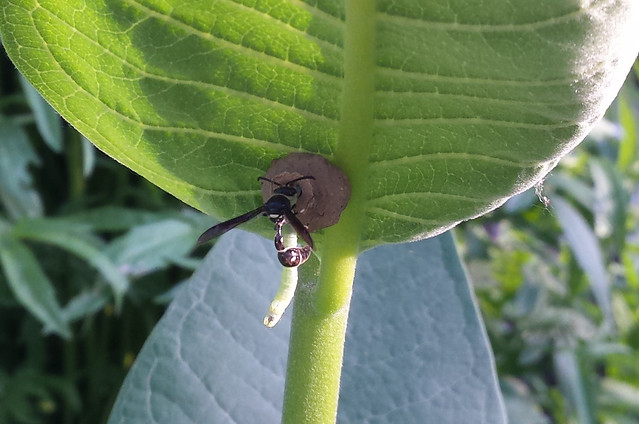 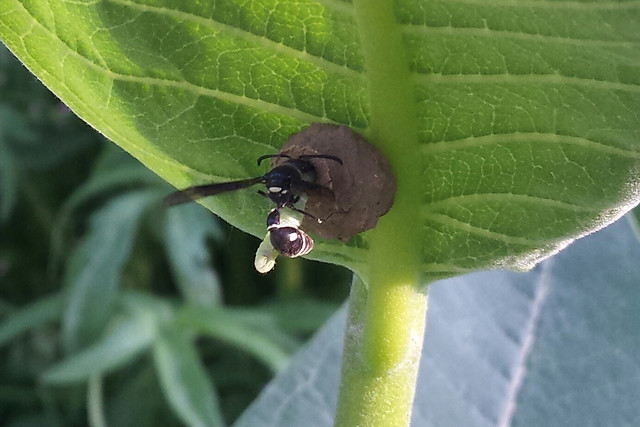 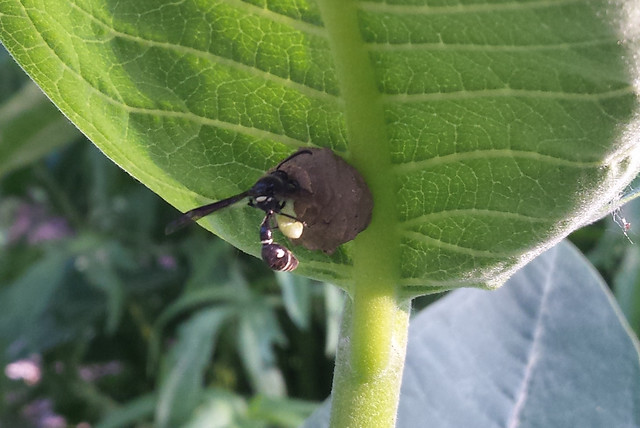 Then I realized that this is a wasp that was paralyzing the caterpillar to store it as food for its young (currently an egg) in the nest. An Instagram friend identified it as a potter wasp, which shouldn’t be surprising, given the shape of the nest. The next day, I was lucky enough to catch the scene again. 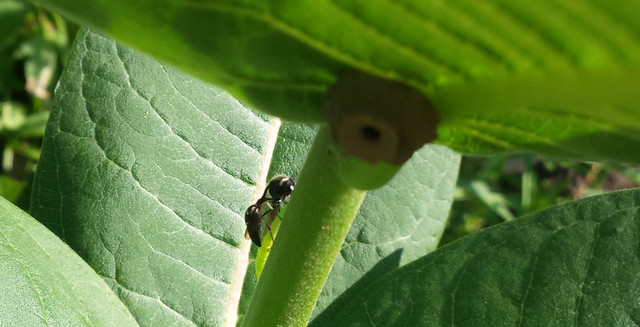 This time it started out the same, but the last inch or so of caterpillar took a lot longer.

Perhaps the pot was too full this time? She worked and worked from all angles to make it fit.

Eventually she was done.

A couple minutes later, she apparently came back and sealed it up (unfortunately I missed that step) and in the process, part of the “lid” chipped off. 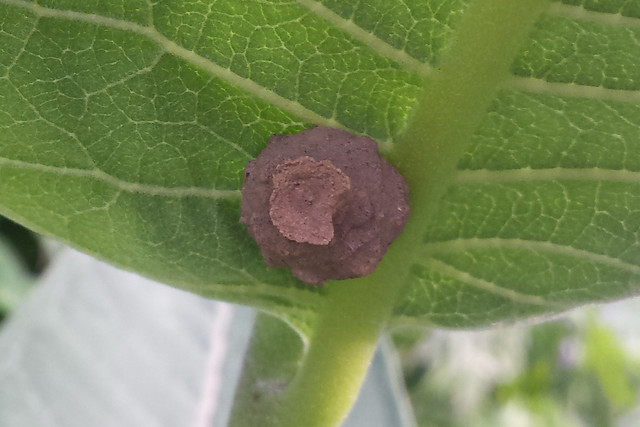 It’s now two weeks later, and the pot looks the same. The egg will eventually hatch, and the larva will eat the stored caterpillars and then chew its way out of the side of the pot. One of the coolest things I have ever seen in nature – and it was all in my own front yard.