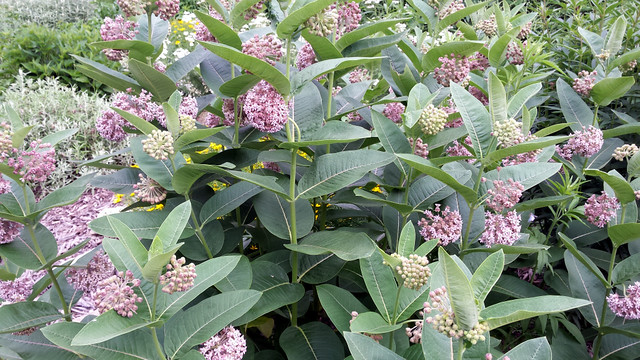 Meanwhile, plenty of other creatures are enjoying the milkweed leaves and flowers.

Butterfly, which I think is a summer azure: 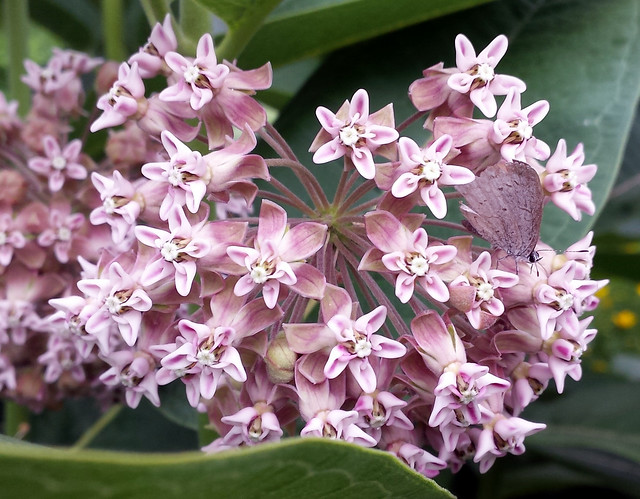 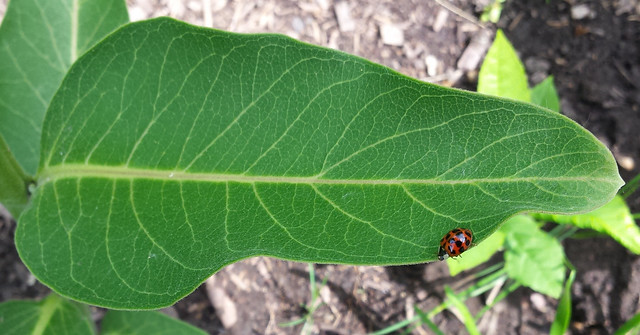 An interesting long spider set up shop above a milkweed leaf: 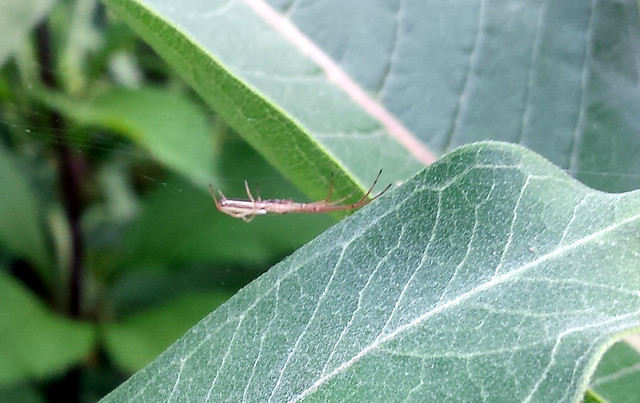 The blossoms sometimes trap insects, like this fly, which had three stuck legs: 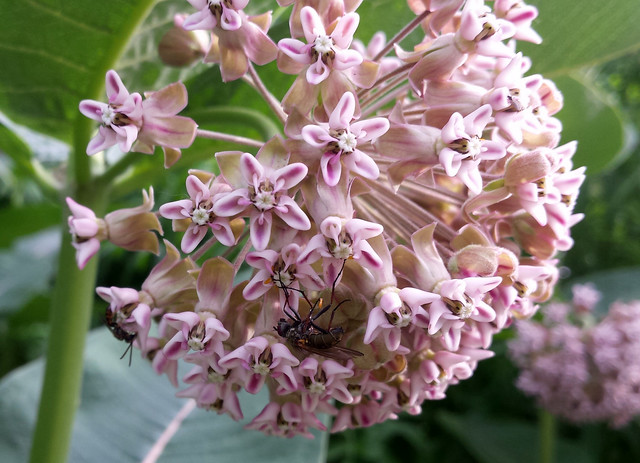 This honeybee was also trapped, though it was able to free itself: 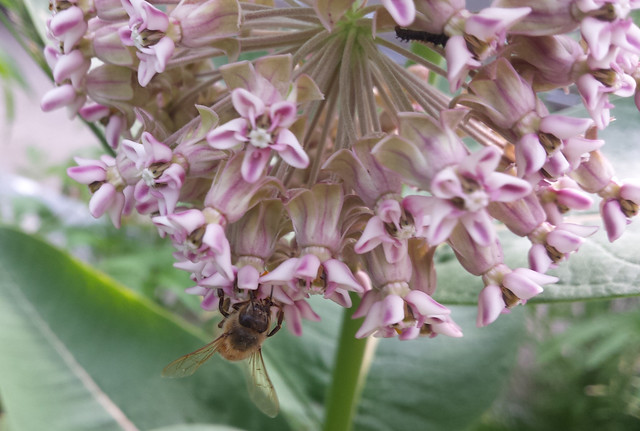 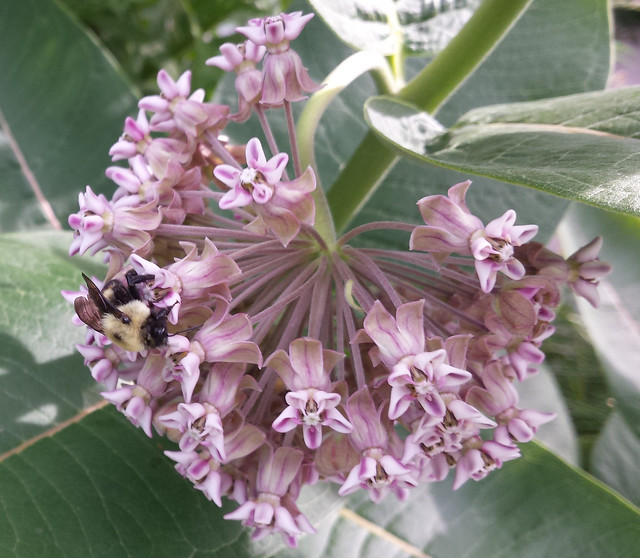 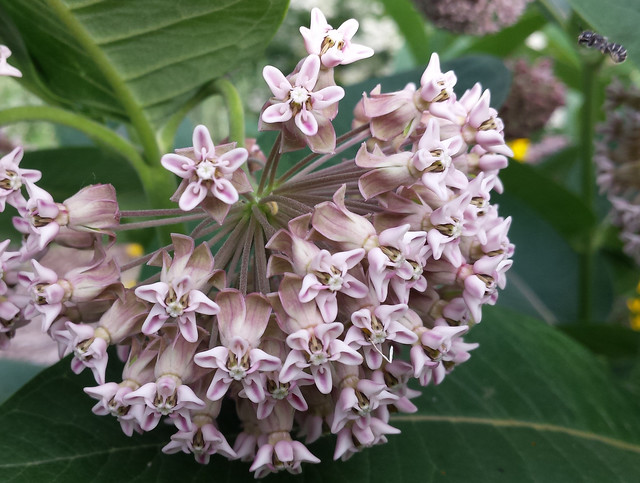 A longhorn beetle, which I suspect is a newly hatched red milkweed beetle: 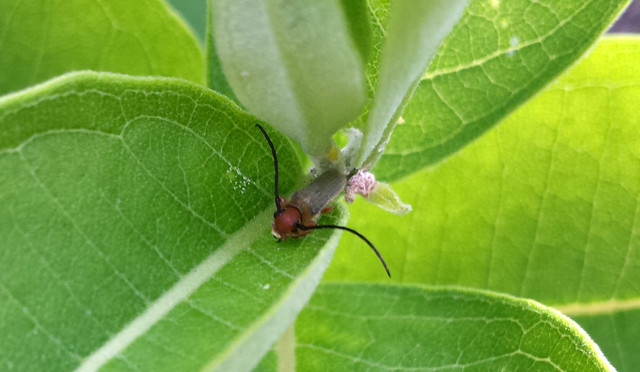 I also noticed a lacewing and a red admiral butterfly but they flew off before I could get photos. Monarchs and caterpillars have been spotted in the Twin Cities, so it’s just a matter of time. 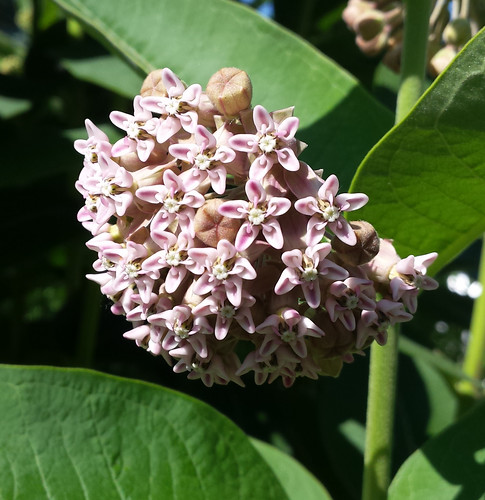