I keep getting fooled by flies that look like bees, a characteristic that helps ward off predators who think that they’ll sting.

First I noticed dozens of hoverflies, or syrphid flies, on spiderwort. Their bodies look like bees but they have fly heads. They’re a good pollinator. 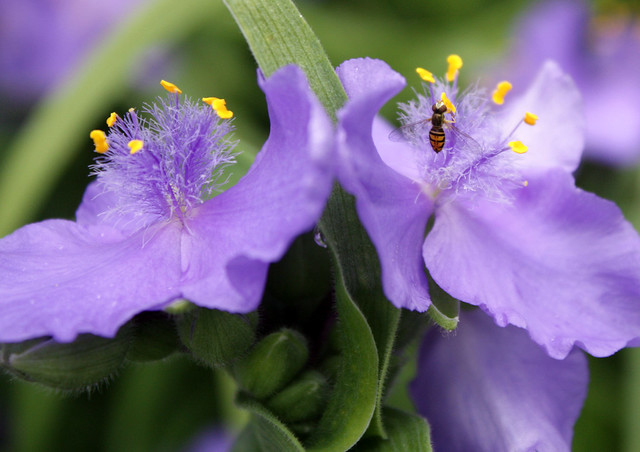 Then I noticed two different “bumblebees”: 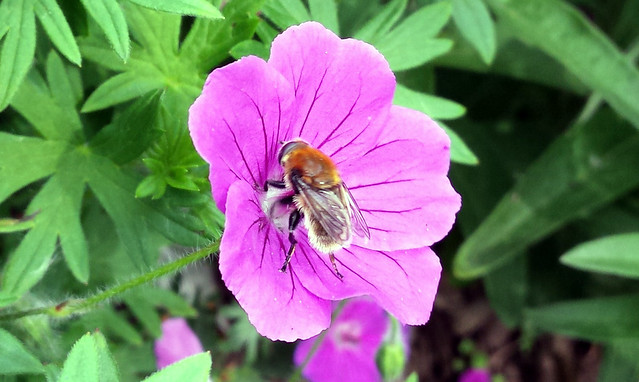 and Eristalis tenax on yarrow. 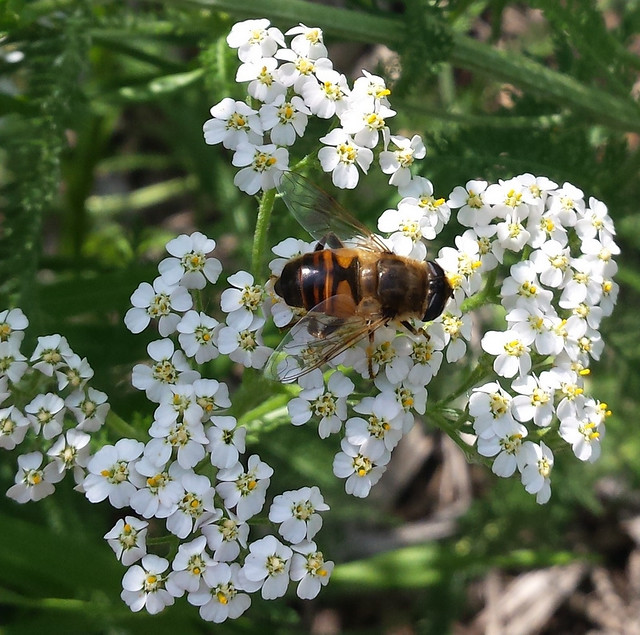 And then there’s this guy. I was walking through the garden one sunny, warm afternoon and noticed a giant bumblebee, the biggest one I’ve ever seen. It looked like a scruffy tired old thing resting on a milkweed leaf. 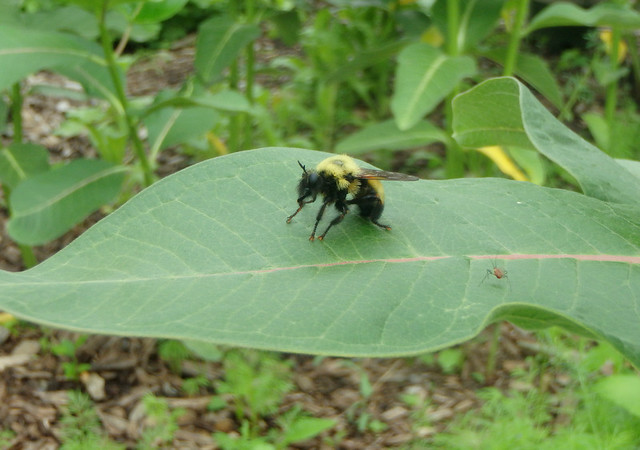 I ran inside to try to identify the species of bumblebee, then realized that once again that I was seeing a fly, not a bee. The good bugs that are coming to our native plants are enticing some predators, namely robber flies (or assassin flies). These flies hope that other insects will think they’re harmless bumblebees – but then they ambush the other insects.

There were at least two in the garden, as shown in this blurry video:

At that point I was too spooked and quickly fled – making sure not to turn my back to them. Though to be fair, even though they look creepy and threatening, neither was interested in sticking around when I came near.

This one was watching an American Lady butterfly five feet away, though it flew away as soon as it saw me:

I also saw one that had already caught a honeybee. When it saw me trying to move in closer for a photo, it dropped the poor (dead) bee and flew off. 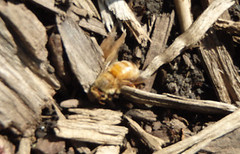 I haven’t seen them again since that day, though I’m sure it won’t be the last time they try to make a meal out of the insects in our garden.