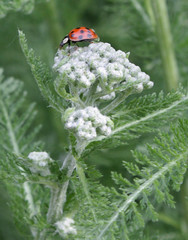 It’s pollinator week, which celebrates the bees, bugs, and birds that help about 90% of flowering plants reproduce, including about one-third of the food we eat.

That’s a good excuse for me to spend a lot of time poring over the hundreds of photos I’ve taken already this year to see how many insects I can identify. (I’m not good at bird photos.) Each year seems to bring a greater diversity of bugs to our yard, perhaps because each year we’ve been removing more grass while adding more native plants.

I had to cross three insects off this list because while they may be beneficial, I just learned that they’re not pollinators:

But many of the flying creatures in the garden are pollinators. Like this Eastern tiger swallowtail on dianthus / pinks: 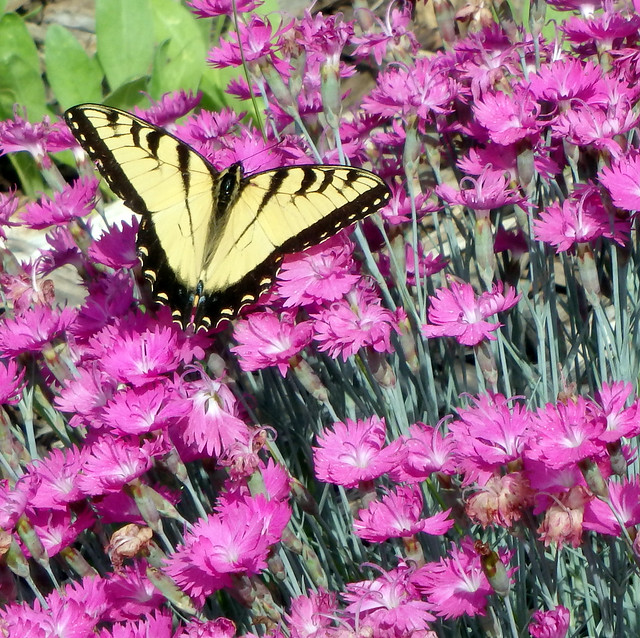 I am fascinated by these teeny flies that mimic the look of bees. I first thought they were bees and searched and searched for their identity before I remembered that some flies look like bees, and sure enough, these heads look like fly heads. With that clue in hand, it took about 10 seconds to find the correct ID, syrphid flies (or hoverflies). 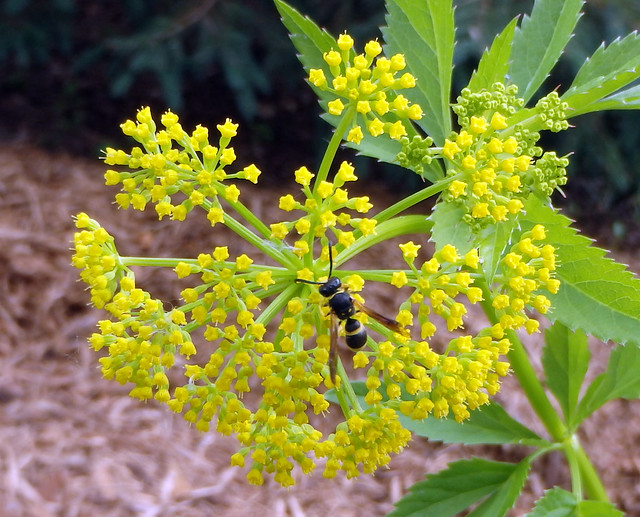 About two weeks ago there were up to a dozen ladybugs crawling all over (and mating on) the yarrow at any given time. At the same time there were hundreds of aphids. Now the aphids are gone (no doubt due to the large presence of both ladybugs and damselflies) and now the ladybugs are gone, too. 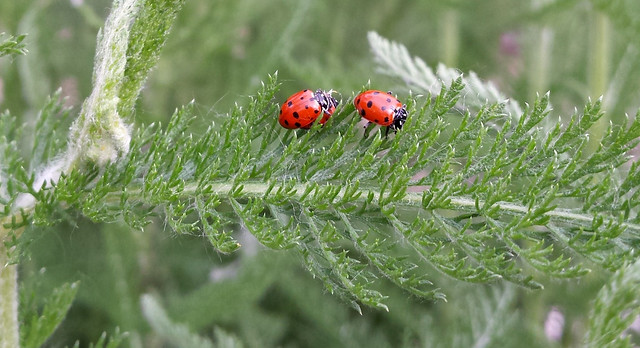 The most popular plant so far has been the baptisia. It has been a, ahem, hive of activity.

There’s no evidence yet of monarch caterpillars in our yard even though there are at least 35 common milkweed plants about to bloom, so I will share this caterpillar I saw in a friend’s yard on Sunday: 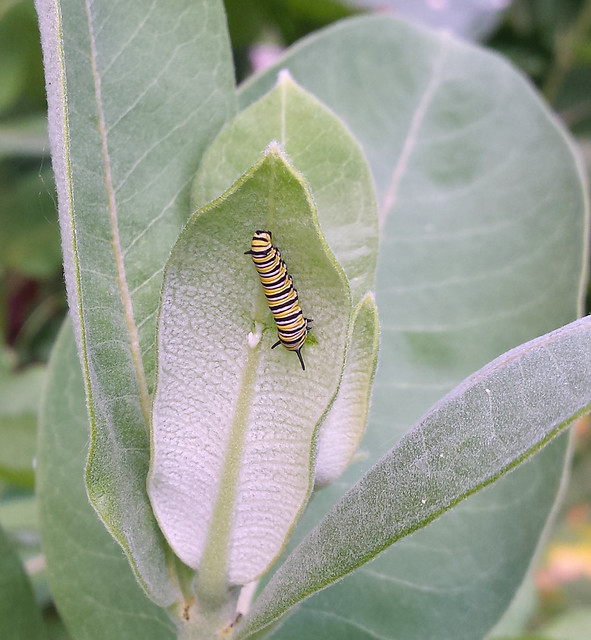