I spent a lot of time watching the insect activity in the flower garden this year. Some of the plants seemed to be bee magnets, like this catmint that has grown in our yard for years: 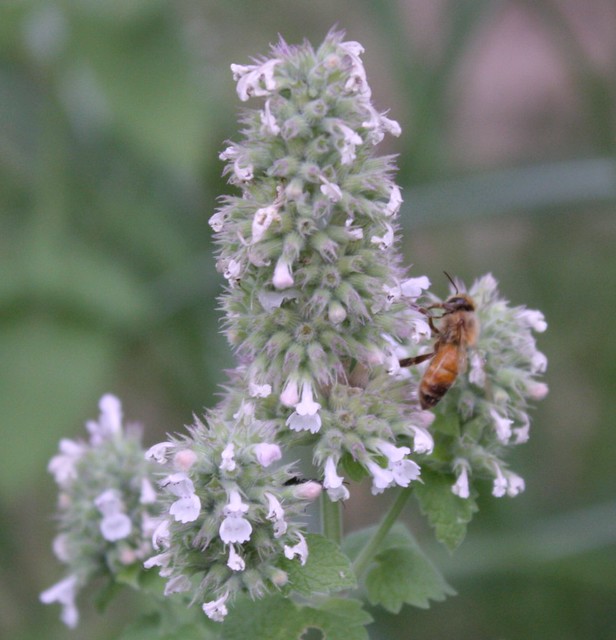 Though bees aren’t the only insects that are attracted to the mint plants. Here’s a cabbage butterfly on catmint: 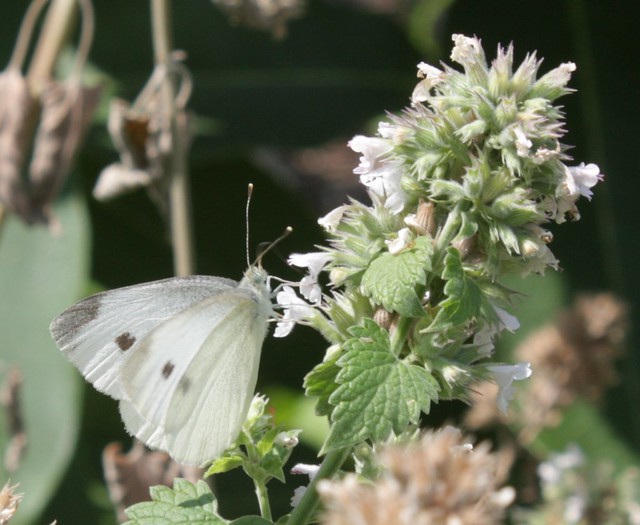 Last year, a new plant sprouted but didn’t flower before winter. This year it got an earlier start and we discovered it was a motherwort. It didn’t take long for the bees to find it. A few bumblebees, in particular, spent lots of time visiting the little pink blossoms: 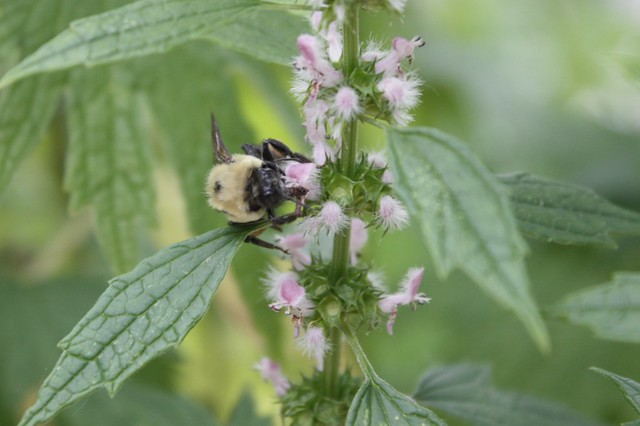 And then there’s the purple giant hyssop. We got this plant last year, but it tipped over in a windstorm and didn’t grow very tall. This year, it was huge, and the bumblebees seemed to go crazy fluttering up and down the flower spikes. There are three bumblebees in this photo, though it wasn’t uncommon to see at least a dozen at a time: 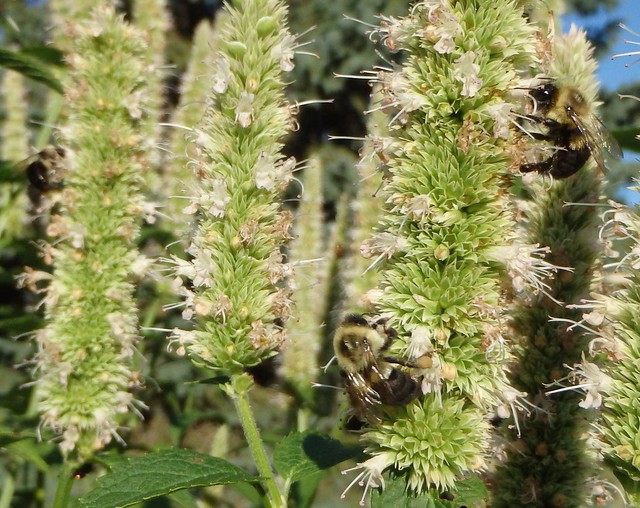 This grasshopper was always on the hyssop, no matter when I looked: 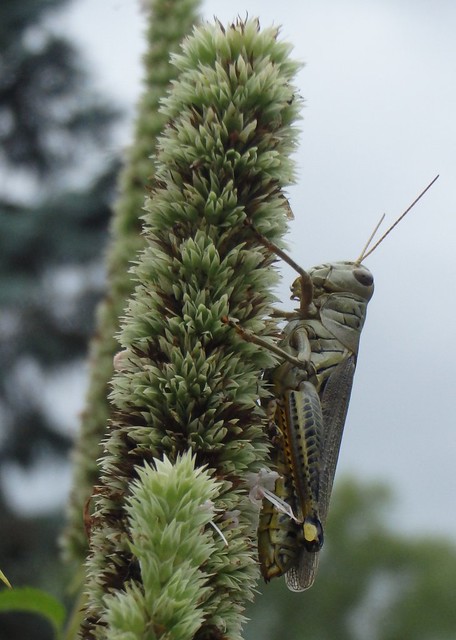 This monarch was so patient as I took dozens of photos: 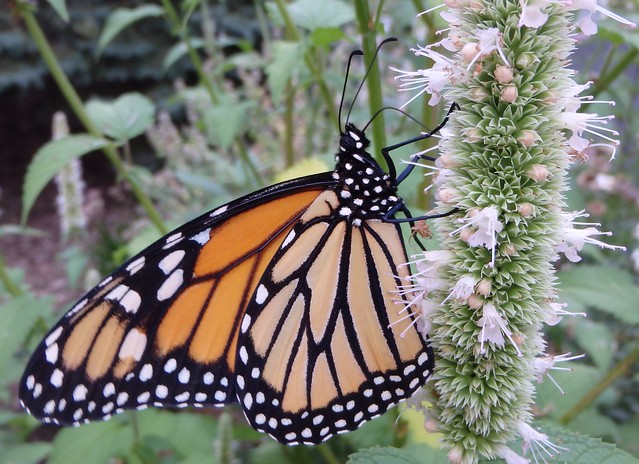 …and video. Bumblebees also make an appearance, along with one Japanese beetle:

And once the plant was finished flowering, the goldfinches moved in to eat the seeds. There are two in this photo, one hiding in the middle: 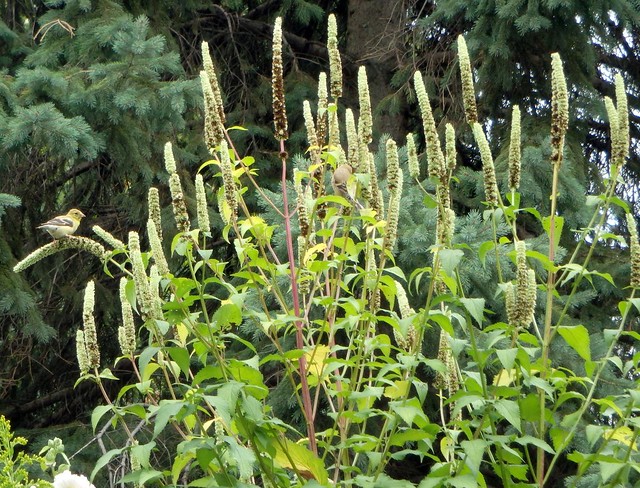