If you know I’m talking about milkweed plants, then you know who “they” are: monarch butterflies. And I’m here to confirm the statement that “if you plant it, they will come.” 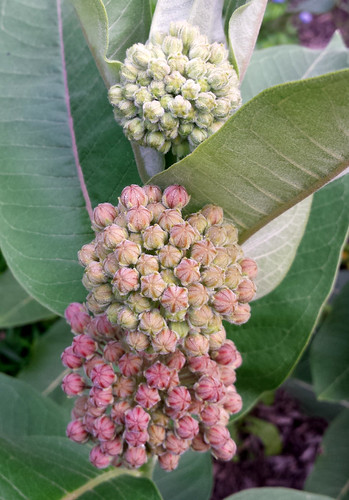 Last year we had a few milkweed plants, and this year that turned into at least 35, with more still sprouting even into July. Bugs love it.

And though we’ve seen monarchs in the past, I had never found any caterpillars. Until now.

… but no caterpillars were spotted until I saw a photo from a new Instagram friend that prompted me to look again. That very night I found a medium-sized caterpillar… 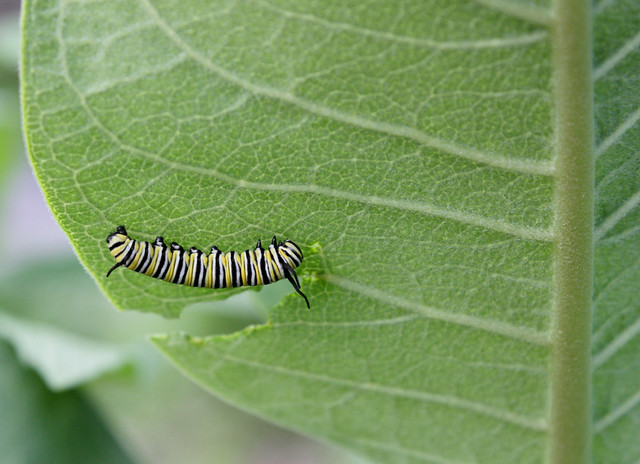 and then I found a newborn: 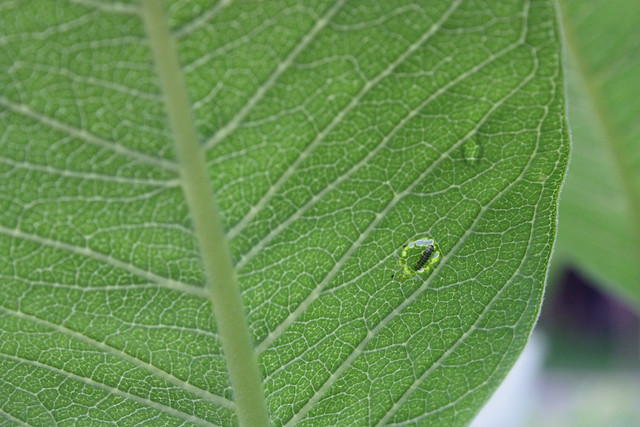 The next day, I didn’t see those two again, but I did find a giant one 20 feet away. Of course, given the small size of this milkweed, everything looks giant in comparison. 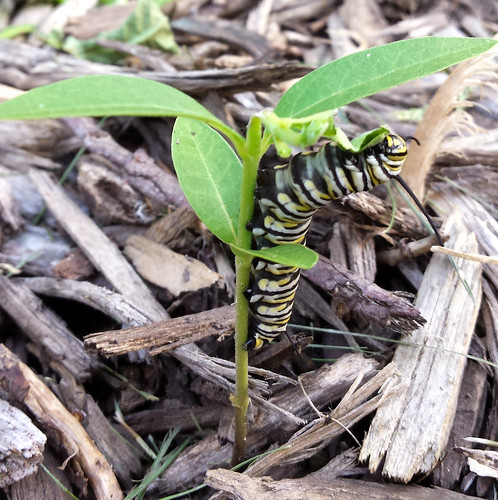 And then I saw a medium-sized caterpillar walking through the garden nowhere near milkweed.

I picked a leaf for it and it stuck around for another day before I didn’t see it again. 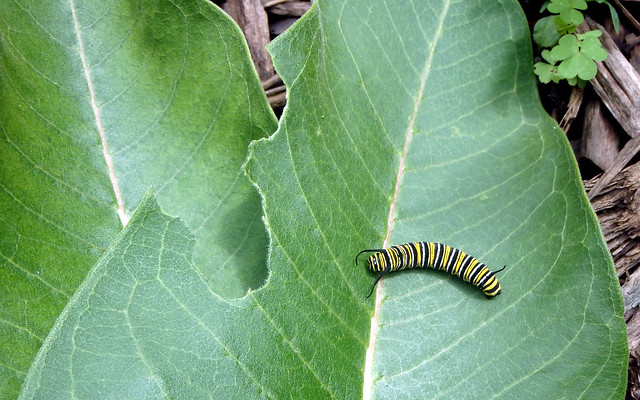 But then I noticed one on the underside of a leaf. I decided to keep my eye on it. 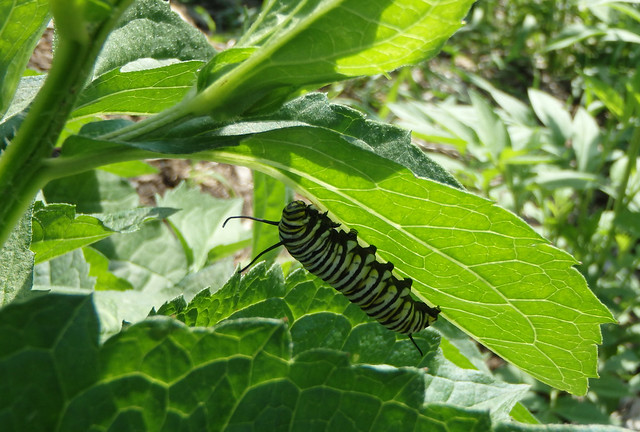 And sure enough, the next day it was in the “J” formation, signaling that it was about to begin its transformation. 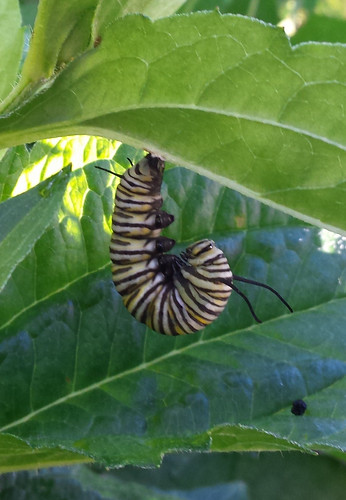 Later that day it was a chrysalis! It was so well camouflaged that I almost certainly wouldn’t have seen it had I not noticed the caterpillar earlier. 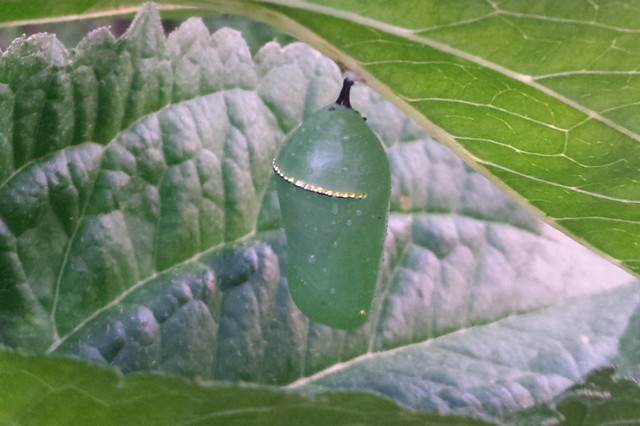 I checked it morning and night for days. The “monarch lifecycle” websites say that butterflies emerge after 7 to 10 days of the chrysalis stage. Seven days passed, then ten. I was losing hope until the 12th morning, when I noticed orange and black starting to show through the green. 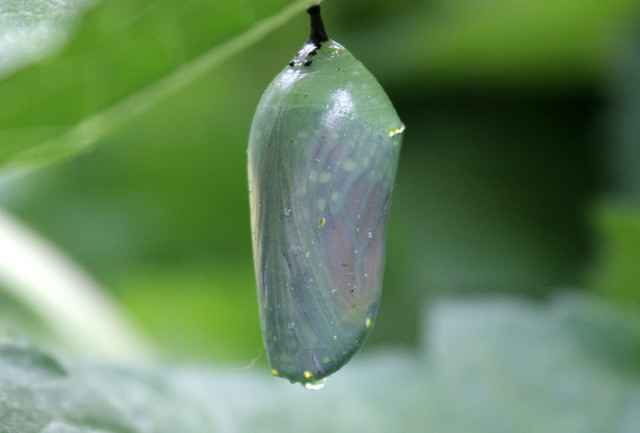 And then we had to go out of town for 4th of July celebrations. When we returned, the chrysalis was empty. 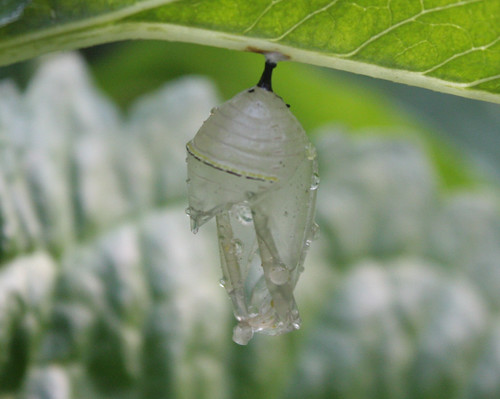 I was sad to have missed it, but I’m just glad that it was successful! Later that evening I noticed a monarch flying around our neighbor’s backyard – and I’m choosing to believe this was “our” monarch, making sure I noticed before it flew away. 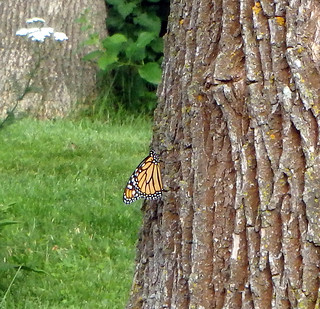