I’ve noticed the persistence of plants a lot this season – flowers growing in spite of their less-than-ideal location or after being damaged.

We’ve always had weeds growing in the the cracks in the driveway, but this year we’re getting flowers, too.

Purple coneflowers have done the best – several flowers that the bees have found, even though they’re three feet below the rest of the garden: 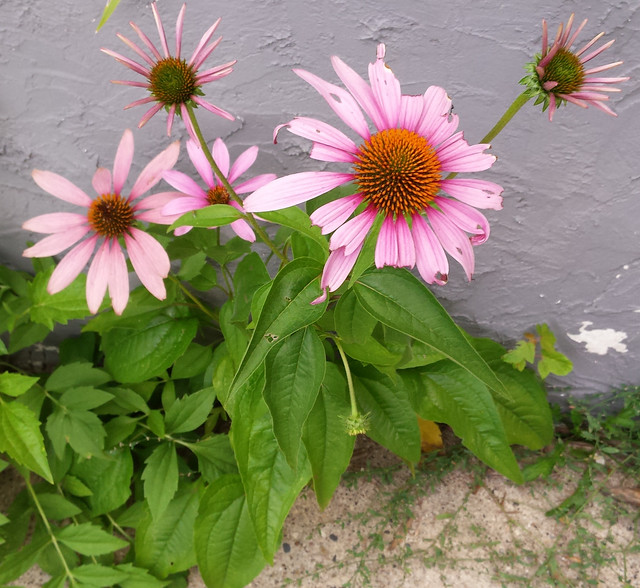 There are many areas with hollyhocks, though they aren’t flowering yet: 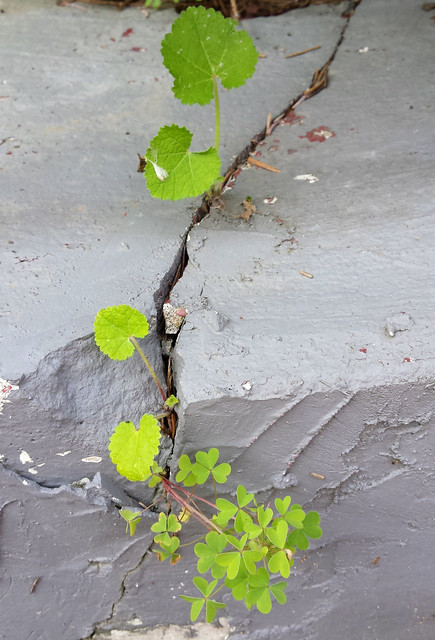 I’m not surprised that feverfew is growing in the driveway – it spreads very easily: 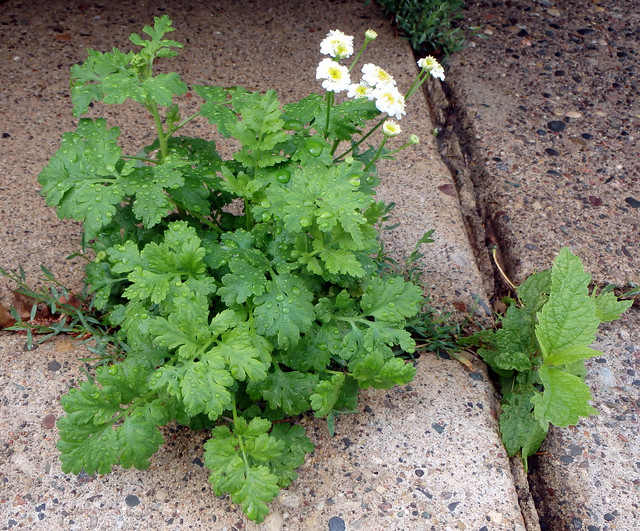 Wind has been a force in our garden this year, with many plants blown over after one storm or another.

Milkweed gets tossed around a lot, and it always rebounds after about a day. 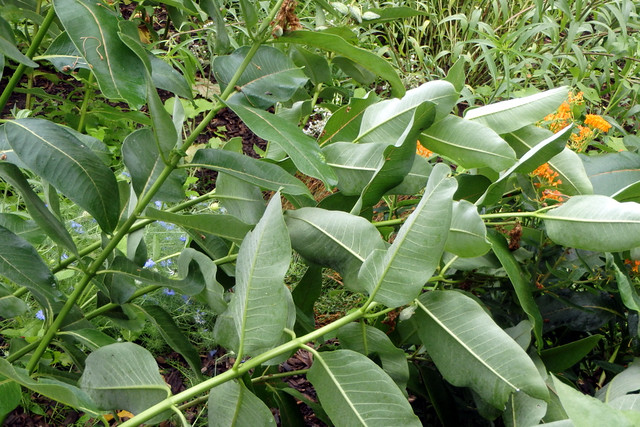 We’ve staked the taller plants, and they’re still growing even if their stems are not straight. These first three have been bunched tighter than normal due to the ties. 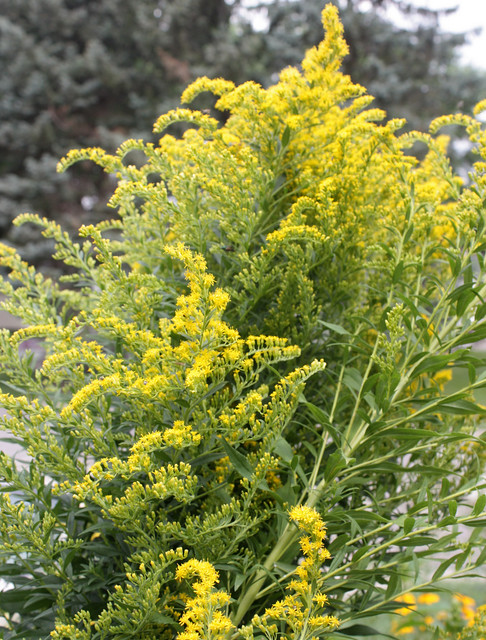 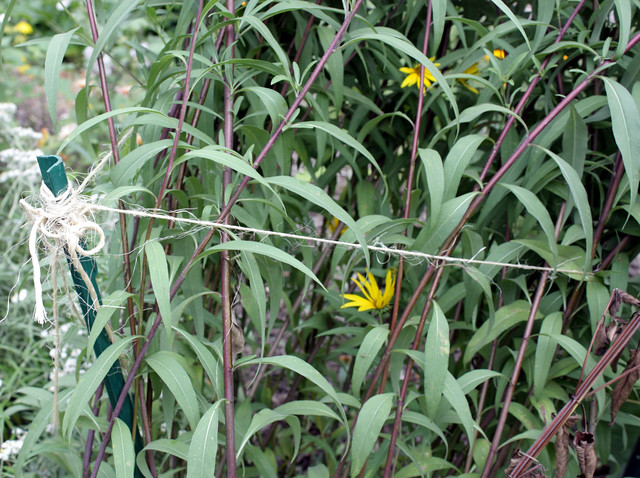 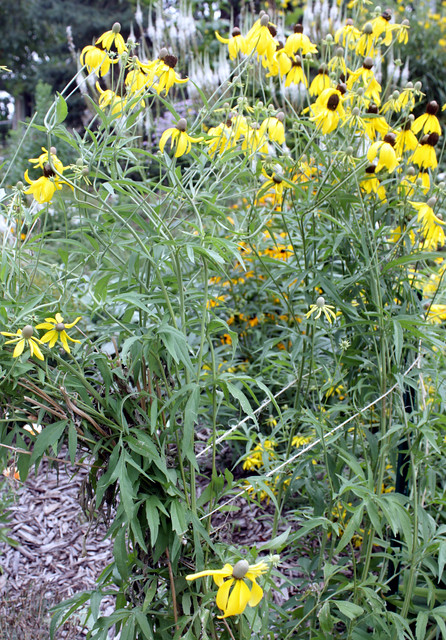 The cup plant is the best example of this. During a particularly bad thunderstorm we lost three stems, but the rest have been corralled – except one that slipped past the twine and is growing sideways: 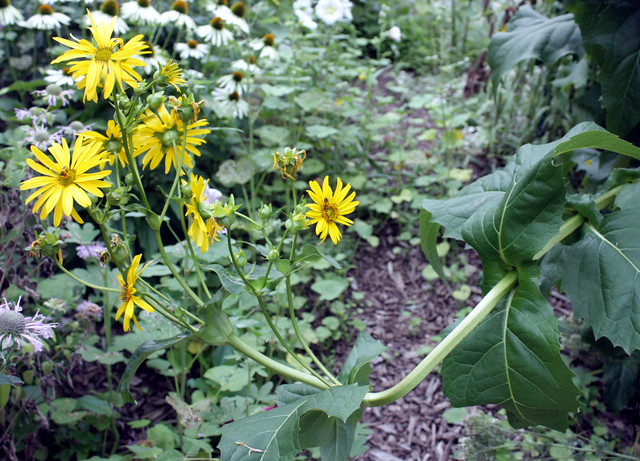