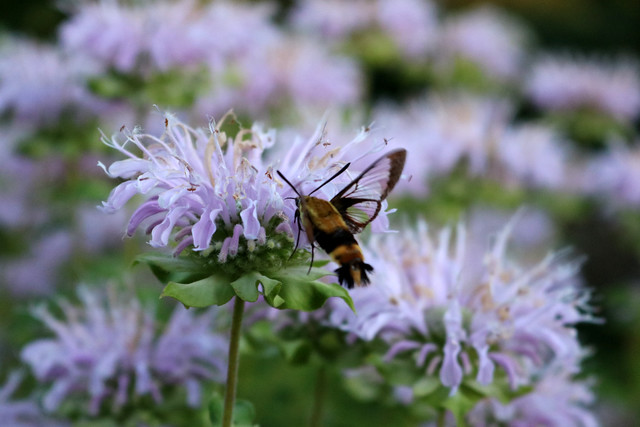 Twice in the last week I saw a hummingbird moth in our garden. The first time I had only my phone to document it. It appears to be a hummingbird clearwing, Hemaris thysbe, and sort of looks like a flying shrimp or lobster.

Hummingbird moth! First time I have seen one in daylight. It let me get really close and follow it around for several minutes, but this is the clearest shot I got of its crazy-fast wings.

Yesterday, I was lucky enough to see one again when I had a “real” camera. This time it was a different moth – snowberry clearwing, or Hemaris diffinis – which looks more like a giant bumblebee. 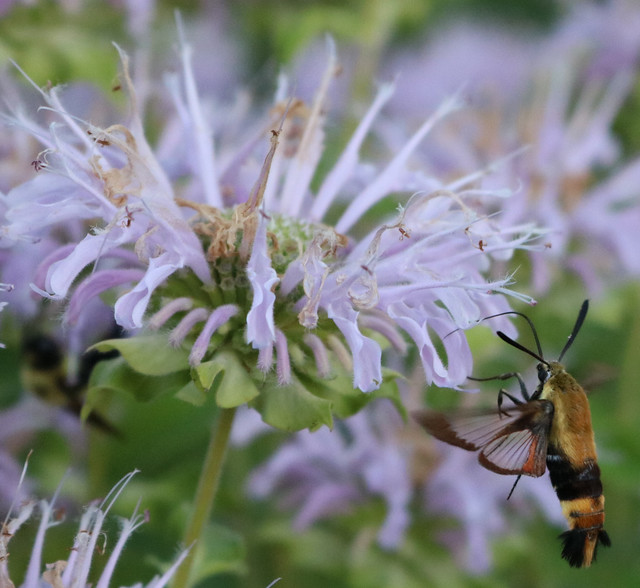 I reeled off more than a hundred shots, hoping that at least a few would be clear. 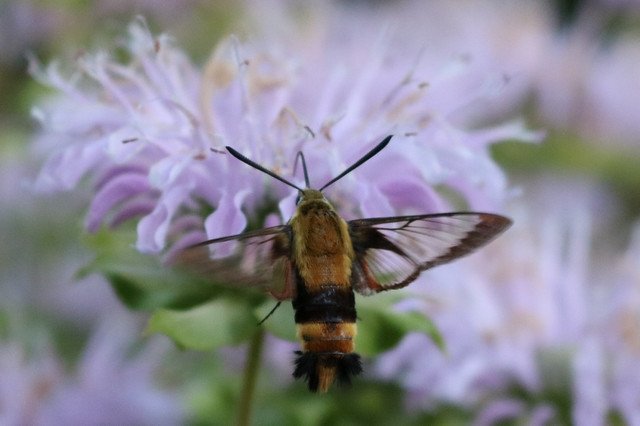 A hummingbird moth looks like a hummingbird with its small size, darting behavior, and wings that move so fast they can barely be seen, but it is about half the size of a hummingbird and has antennae and a curling proboscis, which the birds do not. 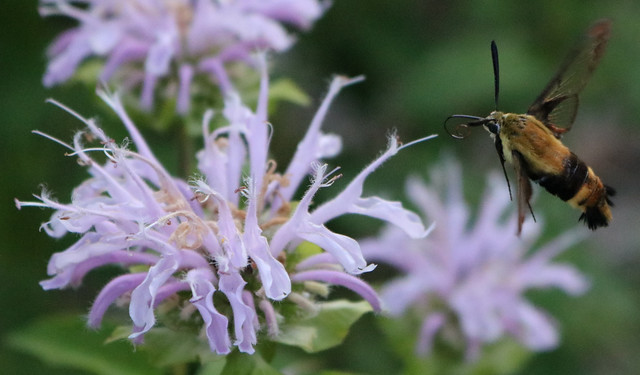 Look how long the proboscis is when unfurled – all the way down into the flower: 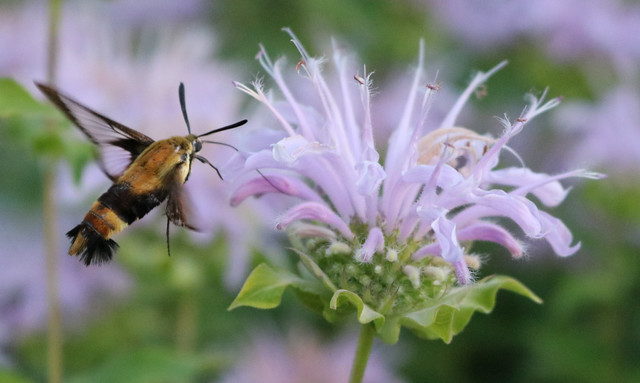 The reason for the “clearwing” descriptor is obvious in this photo (at least, one of the clear wings is visible): 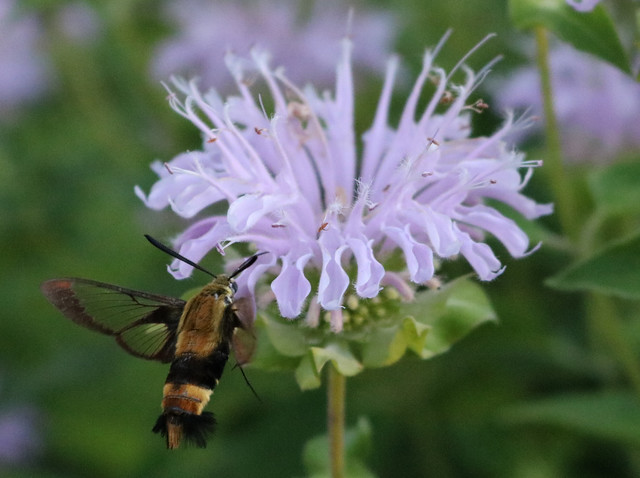 There are four species of hummingbird moths in North America, and in one week, I saw two of them in my own garden! Both times I saw this moth, it was evening, after the sun had gone behind the trees, and both times it was on our big cluster of bee balm. 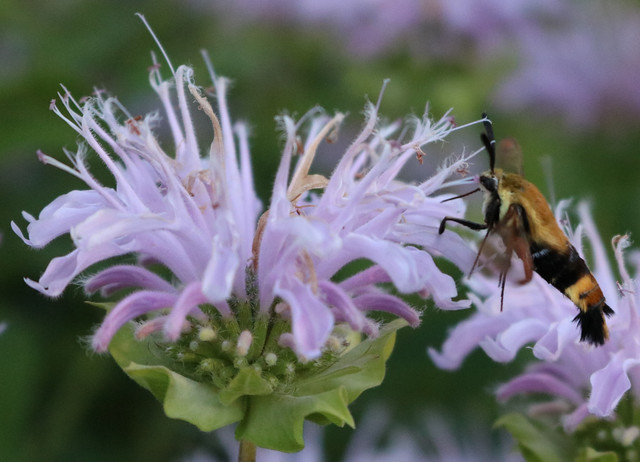 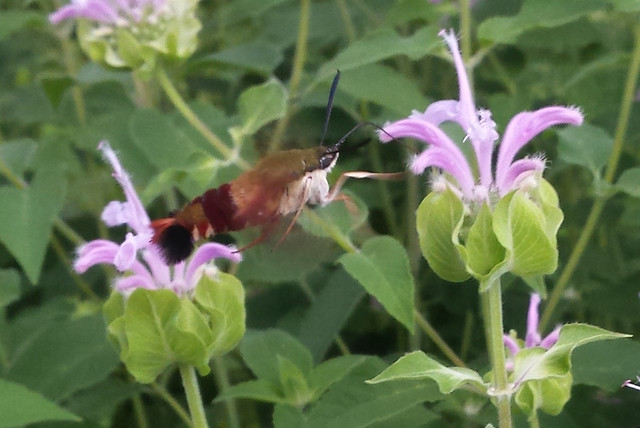 I also tried video both nights, with amateurish results because I could never accurately anticipate where they were going to go next – though a faint humming noise can be heard. This is the hummingbird clearwing:

And this is the snowberry clearwing:

Both nights the moths let me watch them flutter around for more than 10 minutes – and then, suddenly, each was gone. 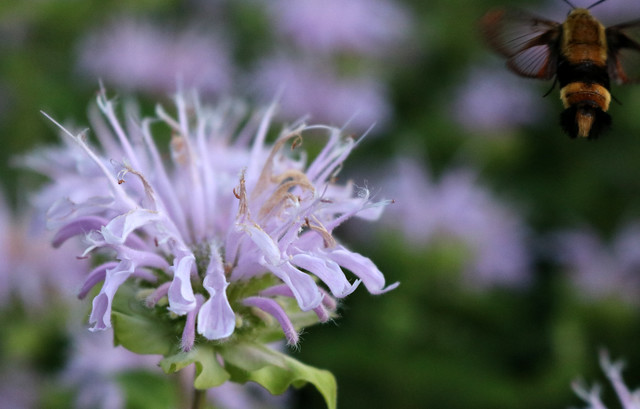