A month ago, the Twin Cities was under a frost advisory for two nights, and I panicked and picked all of the tomatoes. 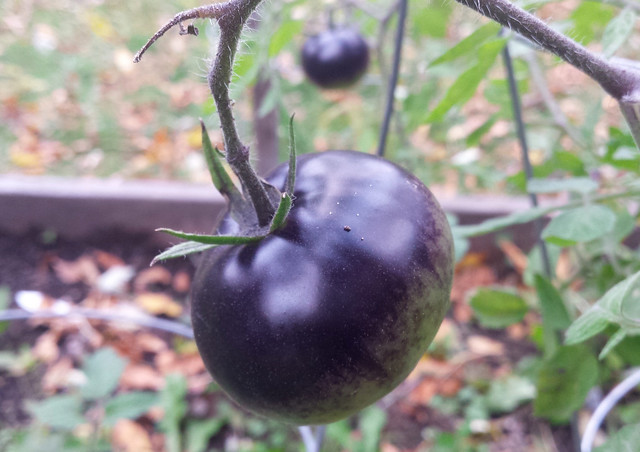 There was a very light frost, barely even noticeable, and I learned my lesson to leave the tomatoes on the vine and just cover them until the first hard frost. 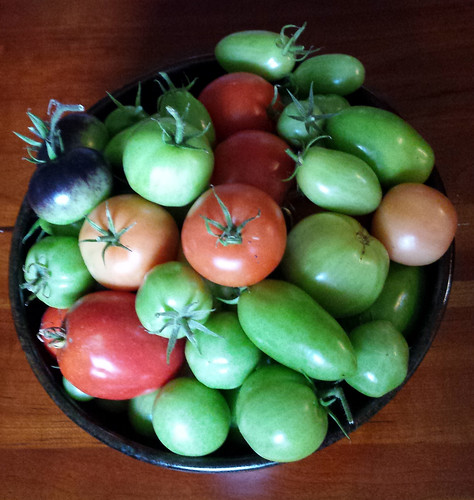 Except that the next week there was a hard frost advisory, and it still didn’t freeze. It’s 72 degrees on November 5, and I just heard that the Twin Cities has now set a record for the longest growing season ever. Things in my garden just keep on growing. 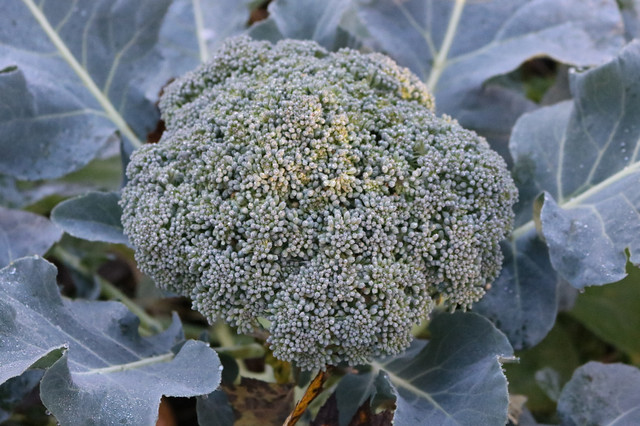 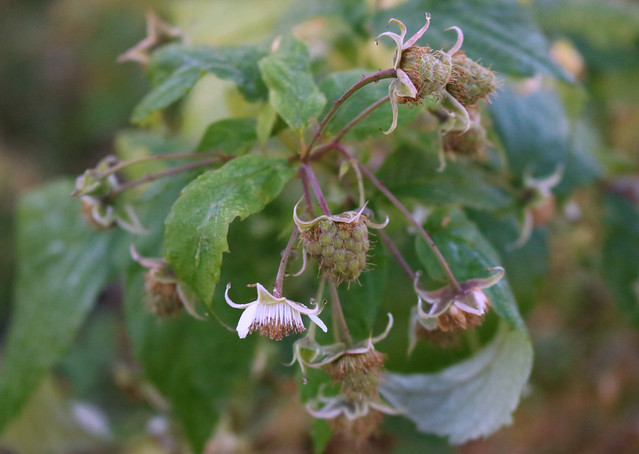 cabbage, which we waited maybe one day too long to harvest and now a critter is eating it 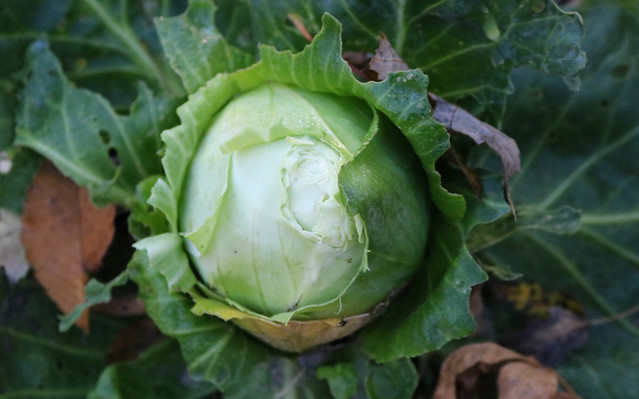 The leaves are starting to turn. 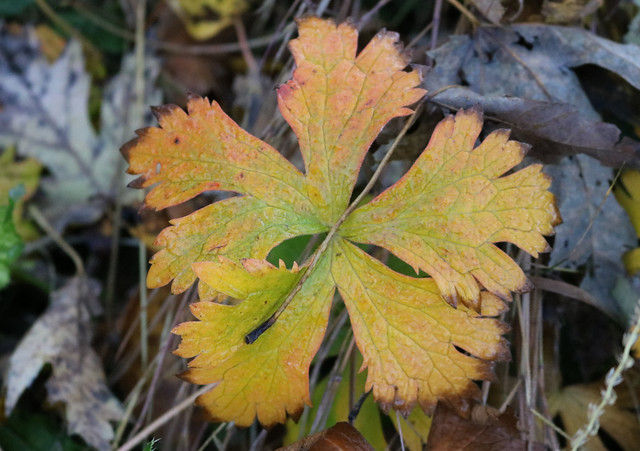 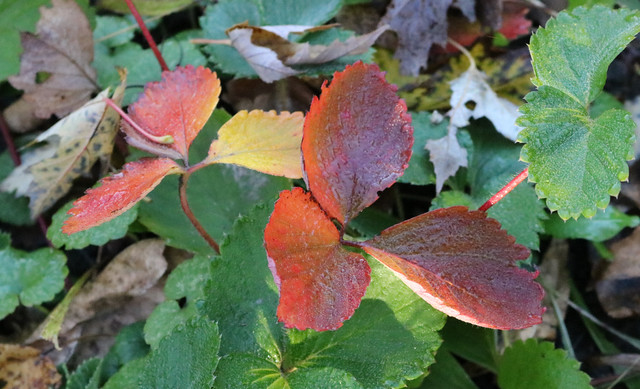 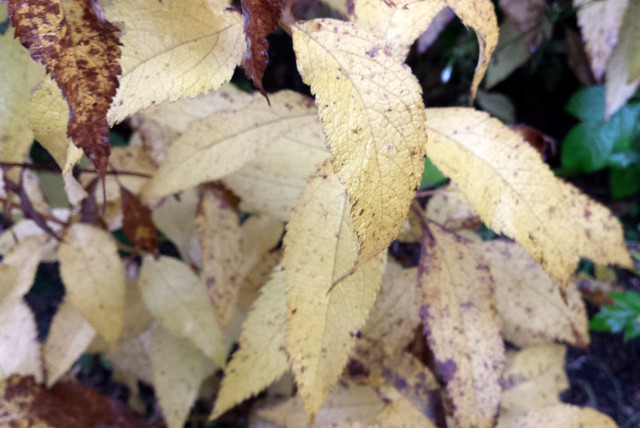 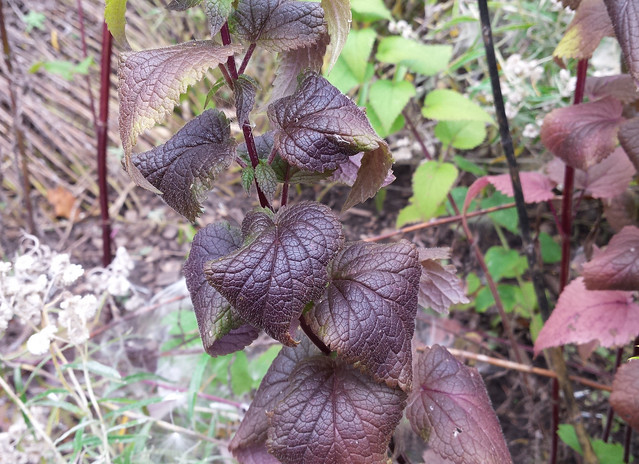 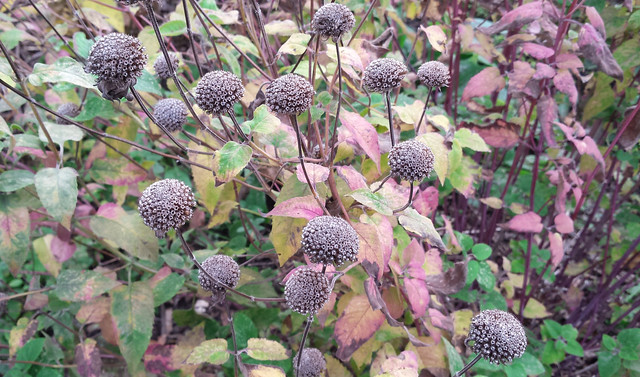 But some flowers are still budding and blooming. 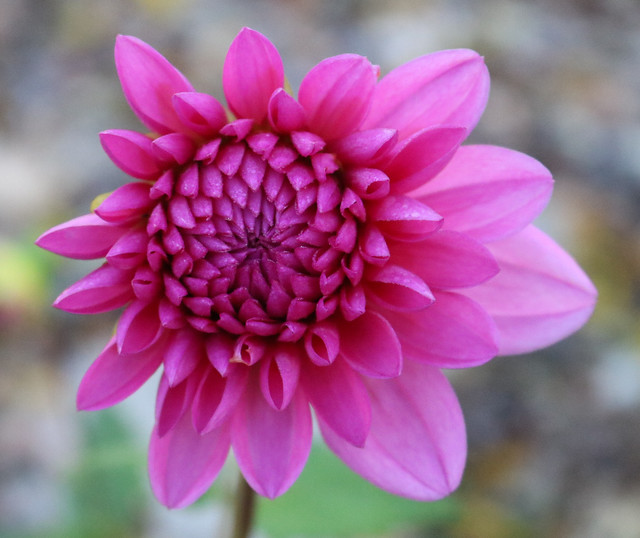 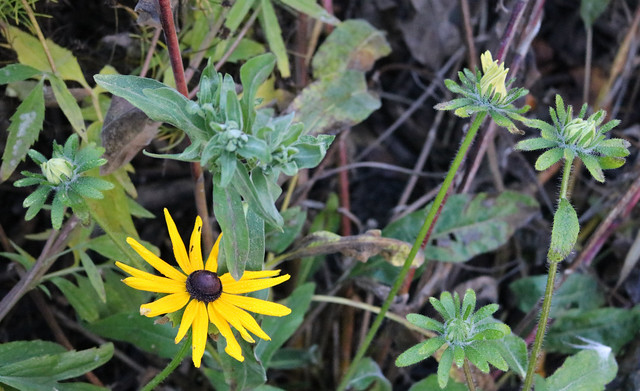 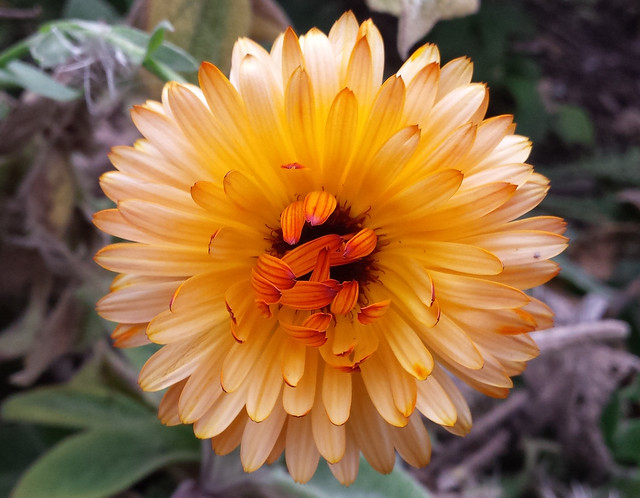 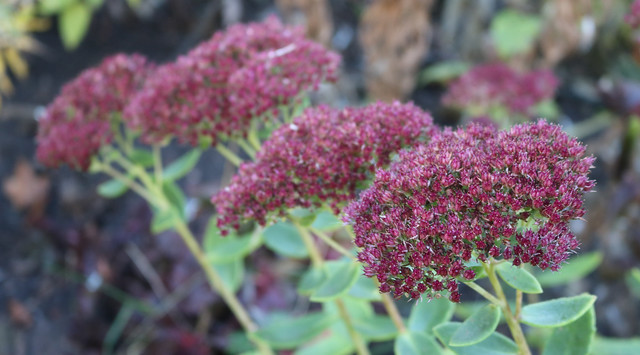 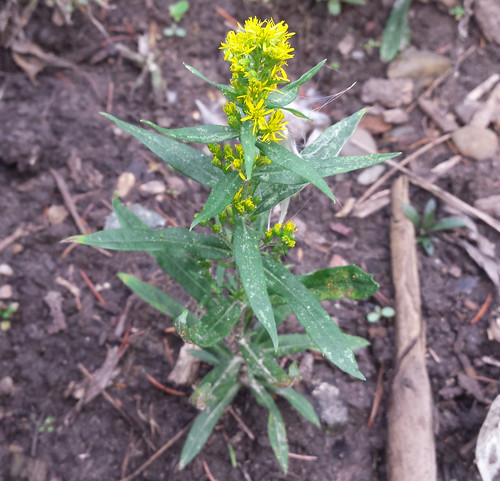 turtlehead, covered in dew instead of frost 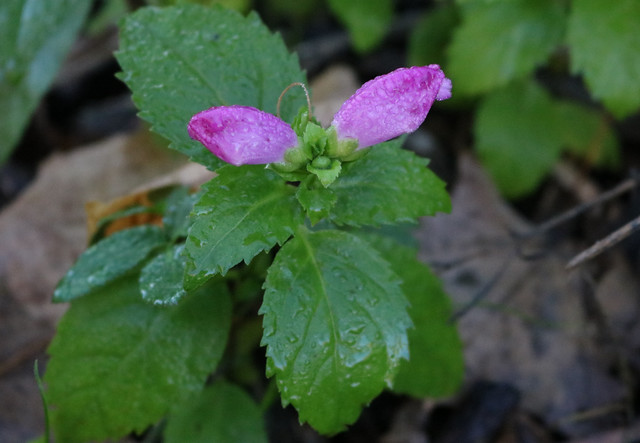 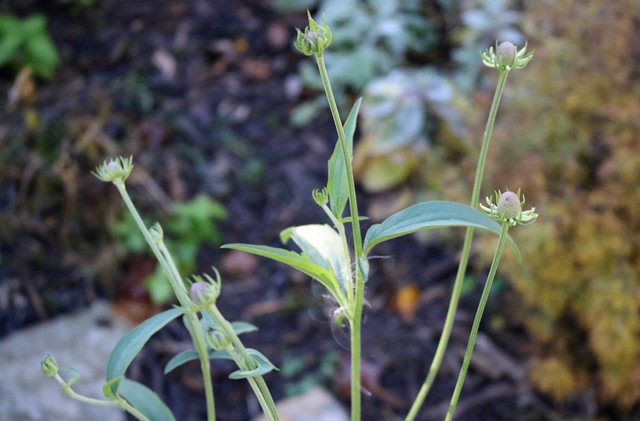 and more yellow coneflowers growing in an unusual spot: the side of the planter 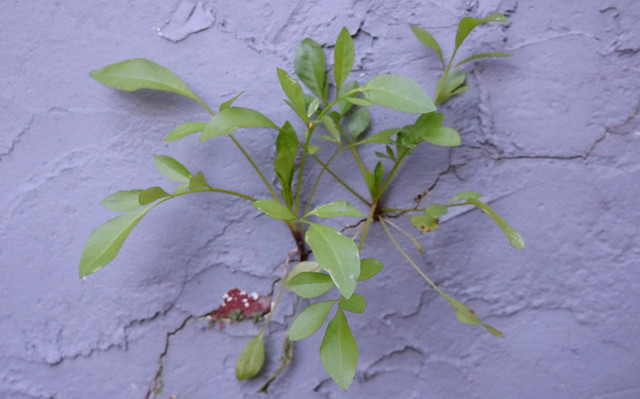