I added two sessile trilliums to the woodland garden late in 2014. They have done well for two years, and this year I was watching as they came up again. 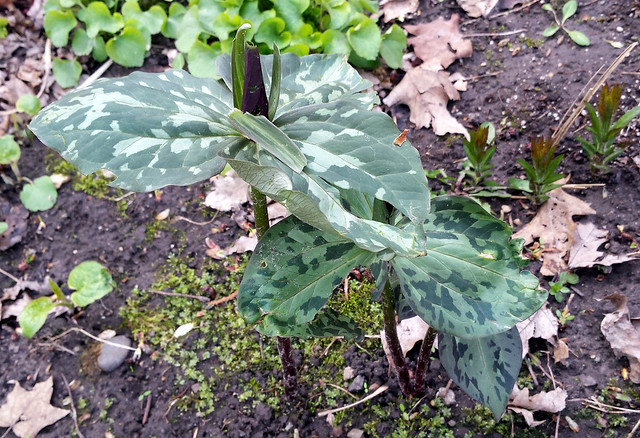 But apparently I wasn’t watching very closely because it took me awhile to notice a third flower popping up, too, this one hiding under the leaf of one of the original flowers. It looked like a baby hiding behind a parent. 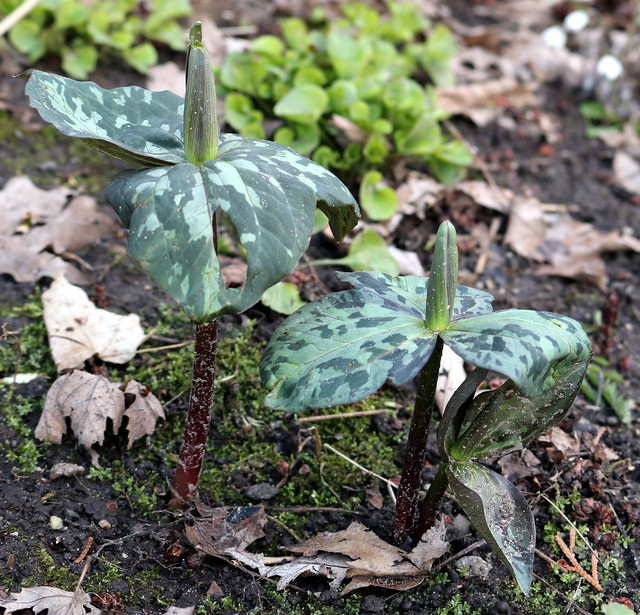 I went back to look at earlier photos, and sure enough, there’s a hint of a third growing; I just wasn’t paying close enough attention to notice. 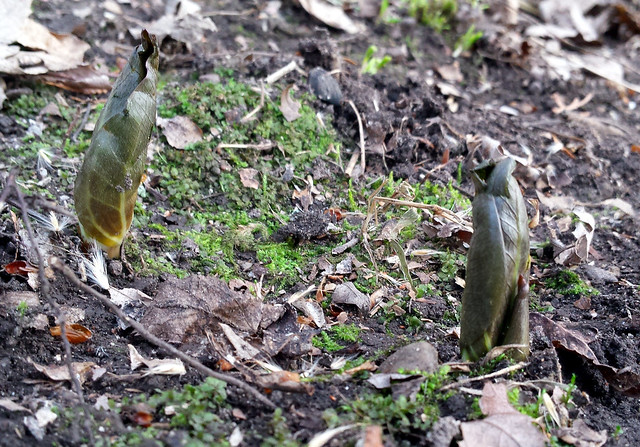 Soon after, the stem of one of the older flowers broke (or was chewed or otherwise disturbed)… 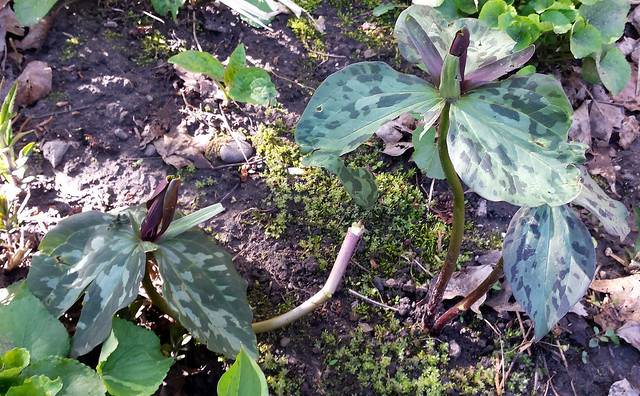 …and two days later, the same thing happened the other old one. 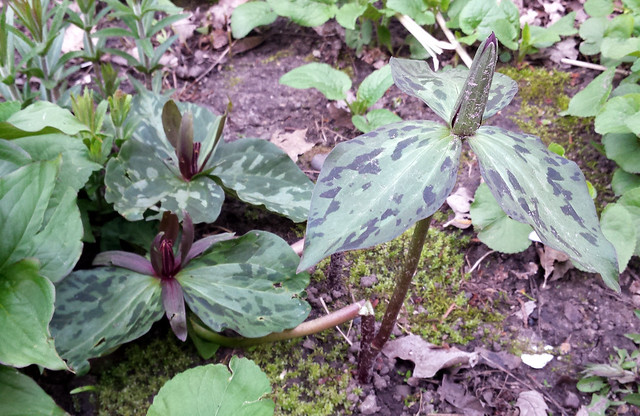 The “baby” stayed upright and flourished… 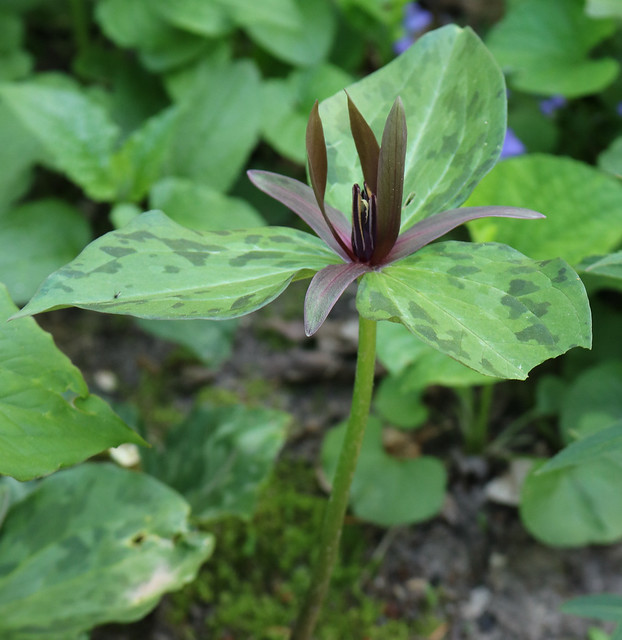 …and even the two broken flowers did okay from their new positions on the ground. 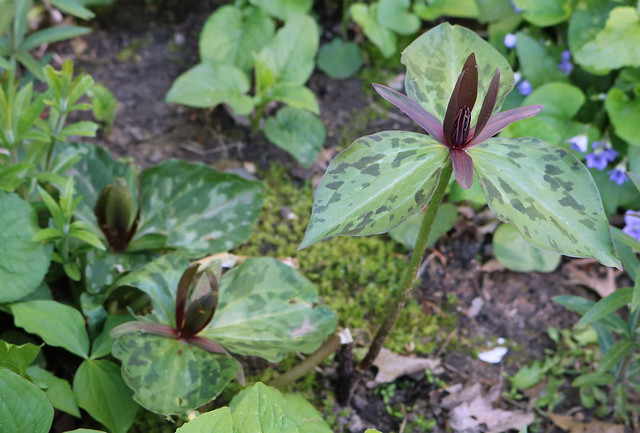 Sessile trillium (common name: toadshade) is a native plant, though it’s not native in Minnesota; its range is south and east of the Midwest. Apparently it does not smell good, though I haven’t noticed this. I wish I could remember where I bought it.