A little over a week ago, I saw a monarch lay an egg on the butterfly weed, so I kept checking on it. 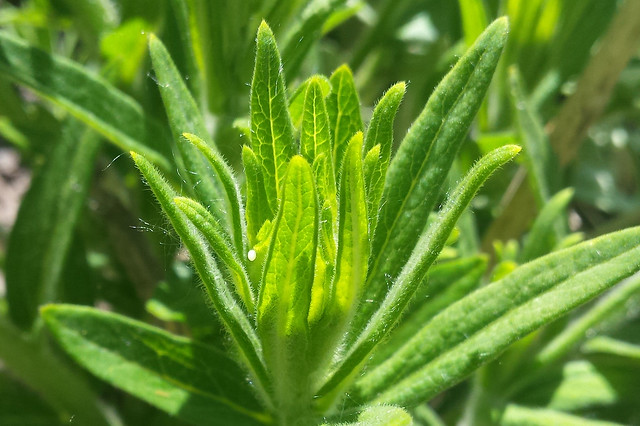 Two days later I noticed two more eggs. The next day I noticed a fourth, and I was able to get them all in one photo. 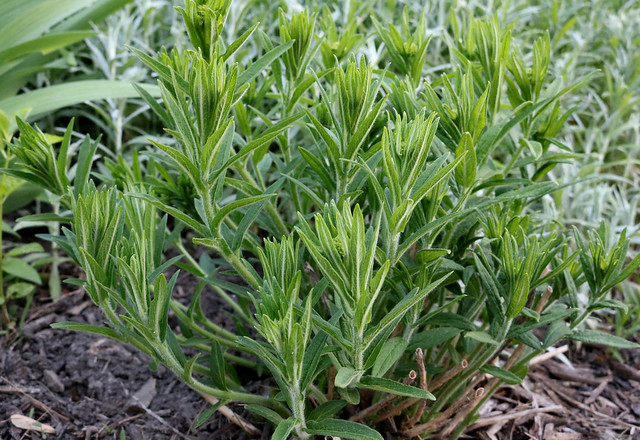 Of course, from this distance they’re nearly impossible to see, so I added arrows to show where they are. The orange arrow is the location of the original egg. 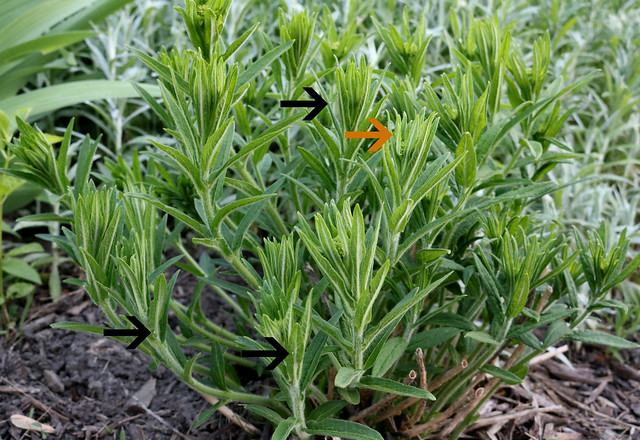 A zoomed-in version of the top two eggs: 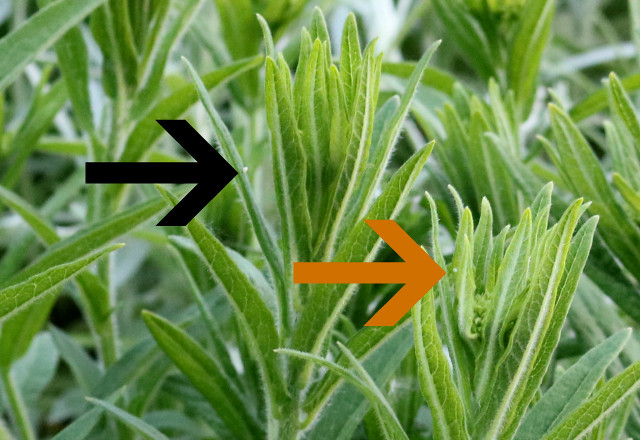 And a zoomed-in version of the bottom two eggs: 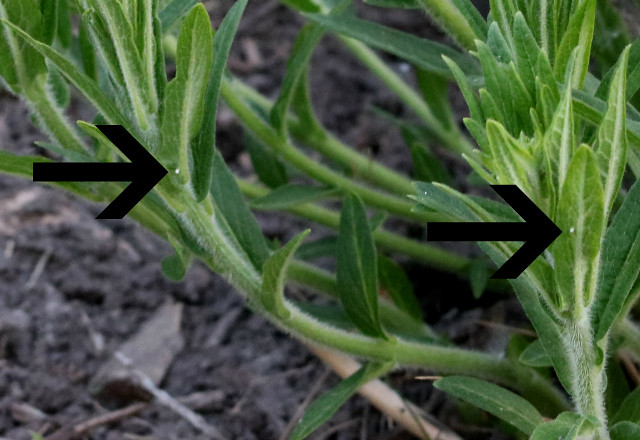 When I leaned in to get a closer look at one of them, I spotted a fifth egg in the crown of one of the stems. 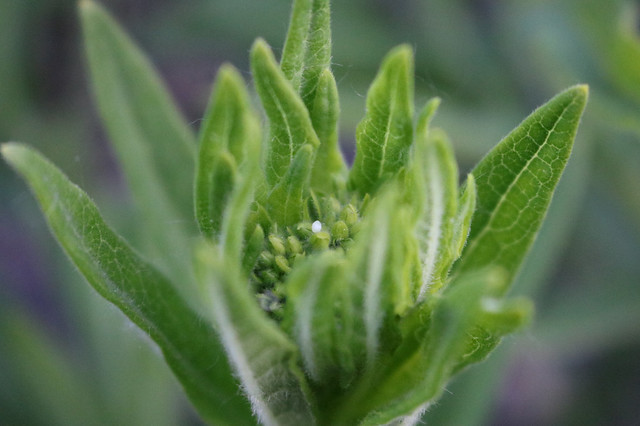 Then I decided to check the other side of the plant, and I found a sixth egg. 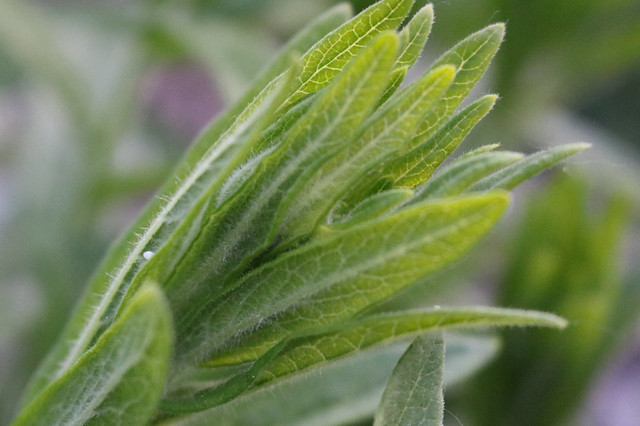 Six eggs on one plant. Wow!

I decided to raise two of the eggs (plus one from a common milkweed) inside — partly to simply observe, and partly for a reason I’ll explain in a future post. All three hatched early the same morning, but strangely, they’re growing at different rates. 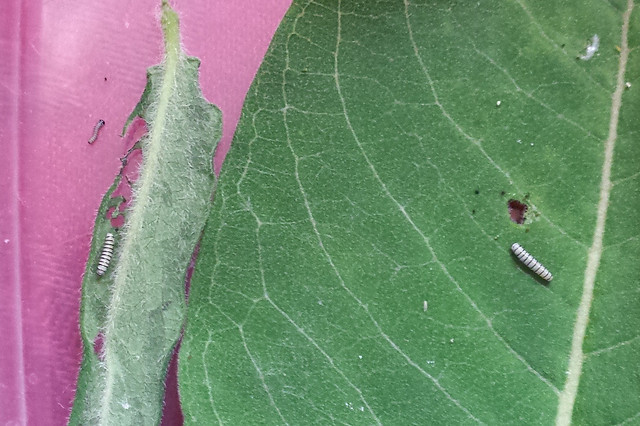