After a big morning storm on June 11, which included plenty of hail, we spent a lot of time in the garden checking on the flowers and the caterpillars. Not many flowers were blooming yet, which may have worked in our favor: some common milkweed and cup plants had a few ripped leaves from the hail, but most looked just fine.

The monarch and American lady caterpillars were wet and recovering where they usually reside, and then we found something somewhat unexpected: five black swallowtail caterpillars.

It wasn’t completely unexpected because they were all on Golden Alexanders, which is a host plant, and I had been looking for them for a couple weeks. (I saw a butterfly on May 12, and a caterpillar last year, so I knew it was a possibility.) But I was quite surprised to find five! 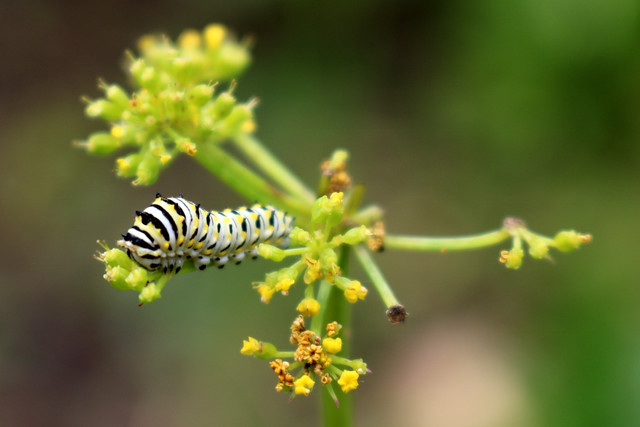 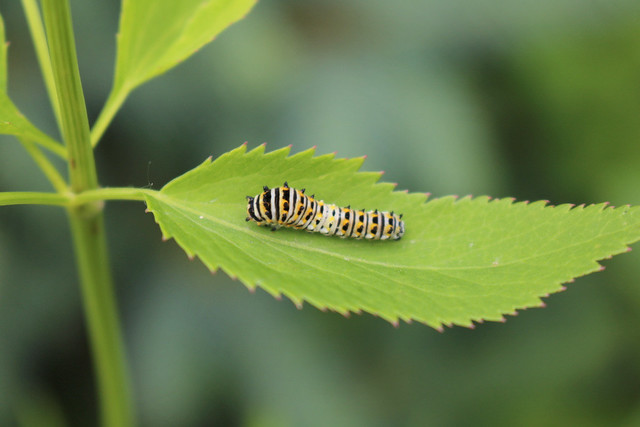 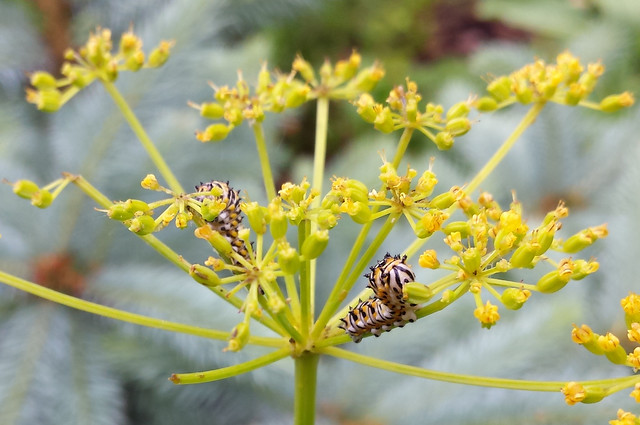 The fifth looked strange; maybe it had been hurt during the storm? 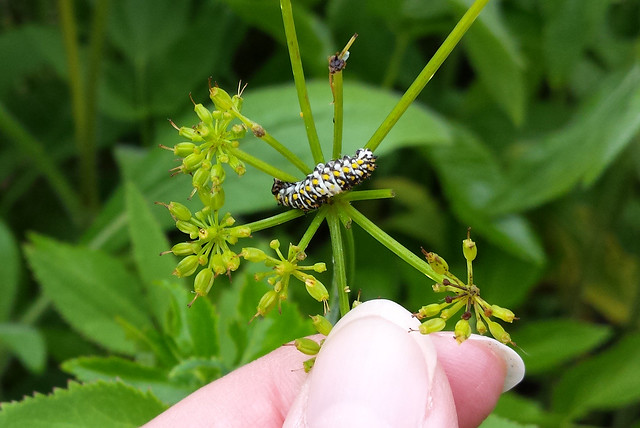 I kept checking for them after that day, and two were visible for more than a week. Here are photos from one evening: 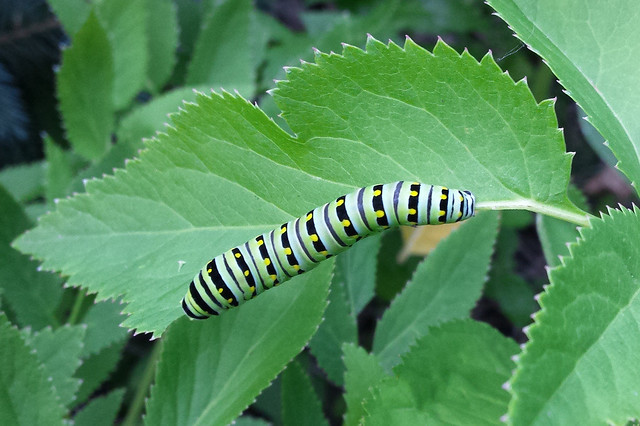 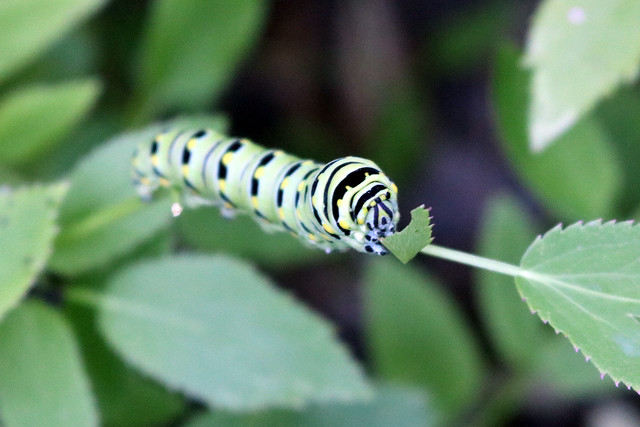 Same caterpillar from the side, looking guilty (though of course that is just my funny interpretation): 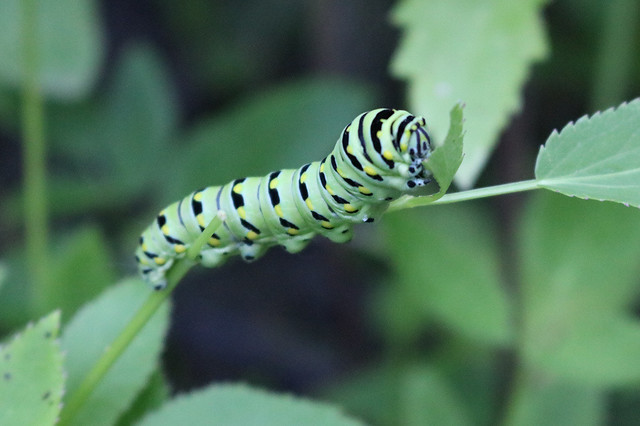