Every summer when the common milkweed is in full bloom, I find insects trapped in its blossoms. They can’t get their legs out because they’re caught in a slit in the flower or on a bundle of pollen called pollinia. 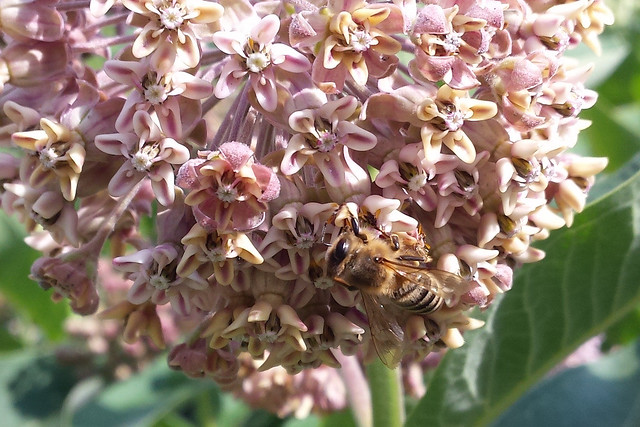 I sometimes see honeybees struggling, like this one from two years ago… 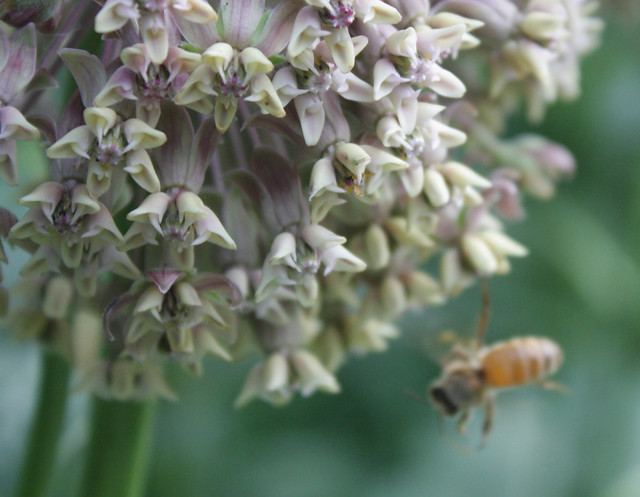 …and then if they fight enough, they’re often able to get away. I’ve even seen honeybees get stuck, struggle, free themselves, and then immediately get stuck again on another flower. 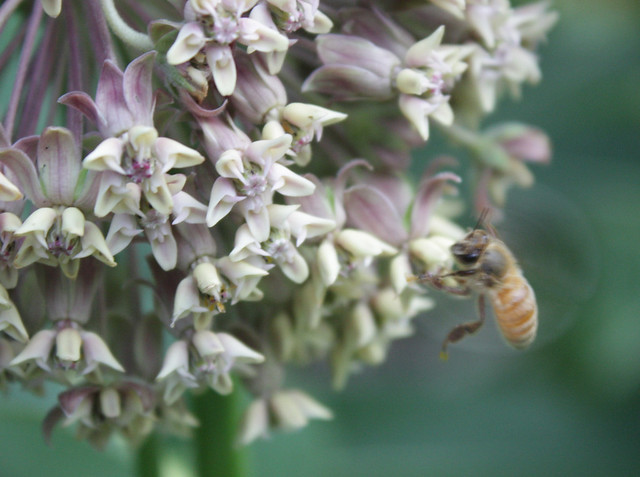 But sometimes, they aren’t able to get free. I assume this one struggled so much that it got turned around and found itself in a cage. When I find them, I help them escape. It may be interfering with nature, but I can’t sit by and watch them suffer. 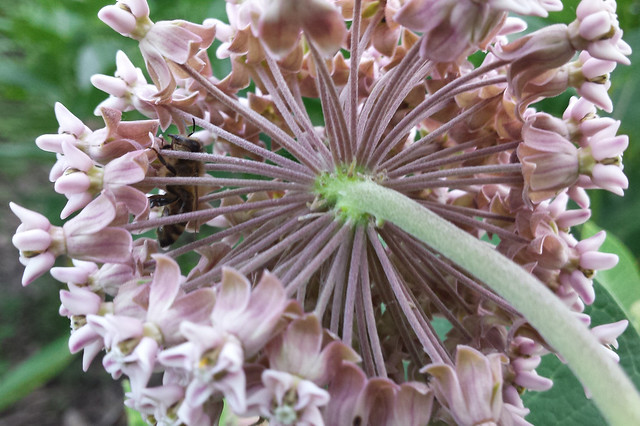 For the insects that can’t escape, if I don’t find in time, that’s how their story ends. I’ve found many dead insects with their legs stuck in the flowers. 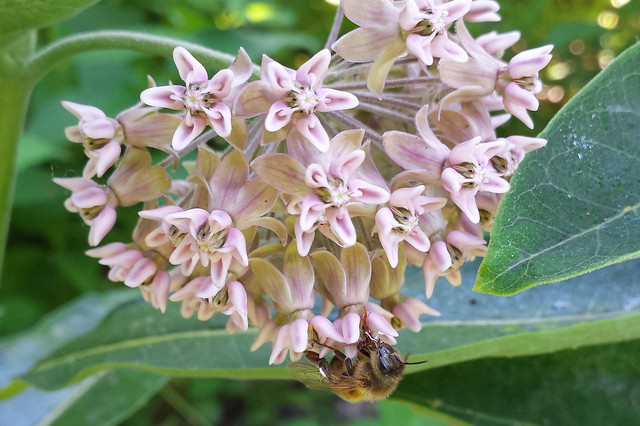 Honeybees, flies, and moths are the only insects I’ve found trapped; bumblebees and other bees, as well as butterflies, apparently are strong enough that this isn’t an issue. 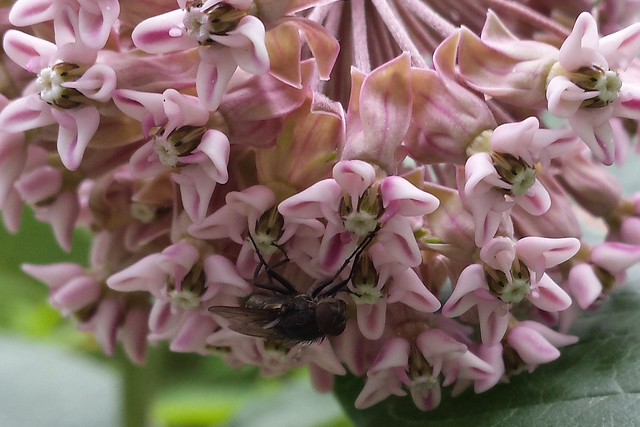 I found these two moths about two feet apart one morning. 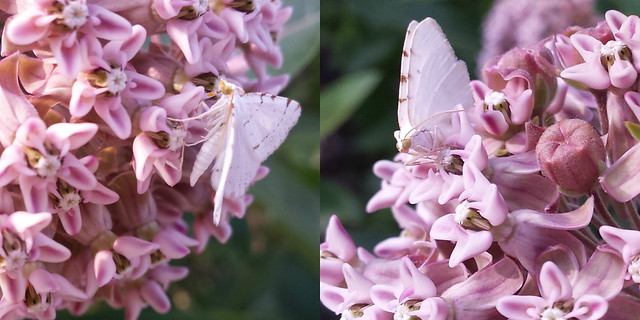 The one on the left even lost a leg in the ordeal; you can see it in the first picture too. 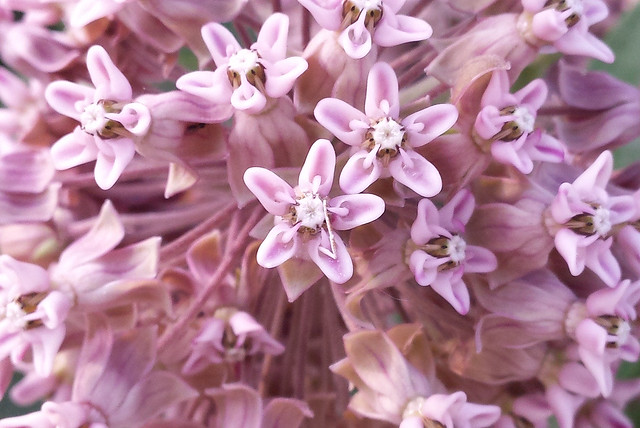 Learn more about this phenomenon