I thought that the Japanese beetle outbreak wasn’t so bad this year (compared to previous years). 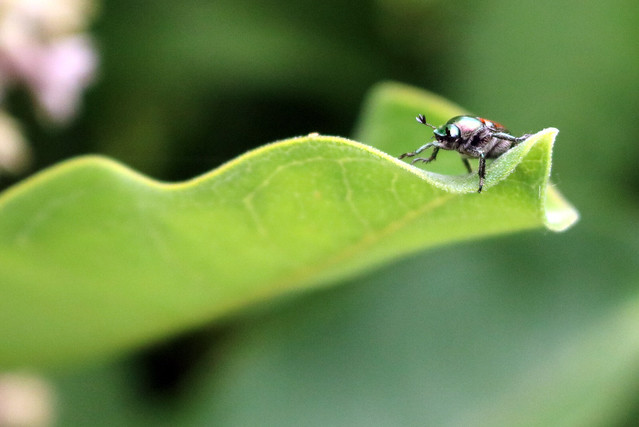 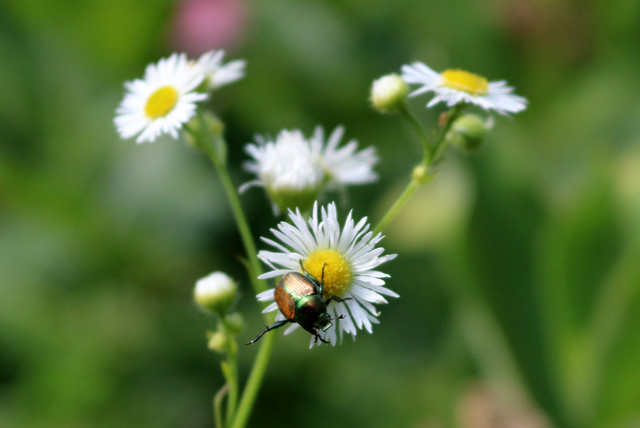 They started out slowly, with just one or two showing up seemingly randomly on basically every kind of plant in the yard — no surprise, since there is a list of about 300 plants that they like. But then they found the grapevine 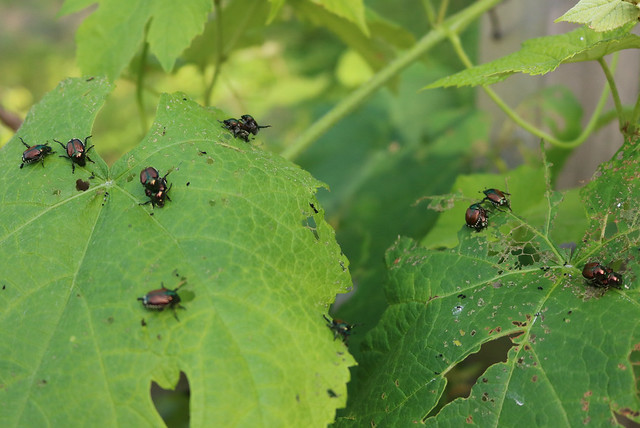 and the purple giant hyssop 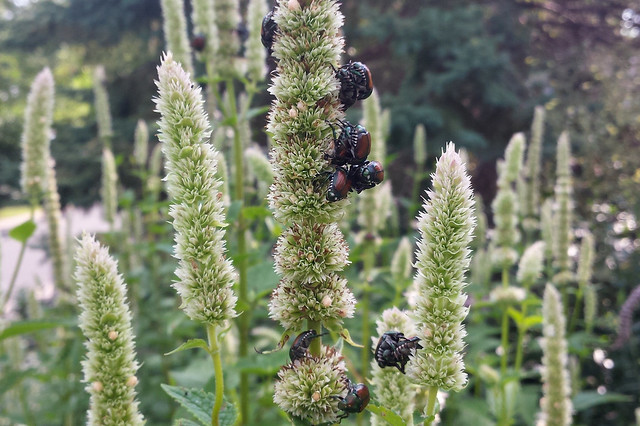 and on both of those plants, they really cluster. 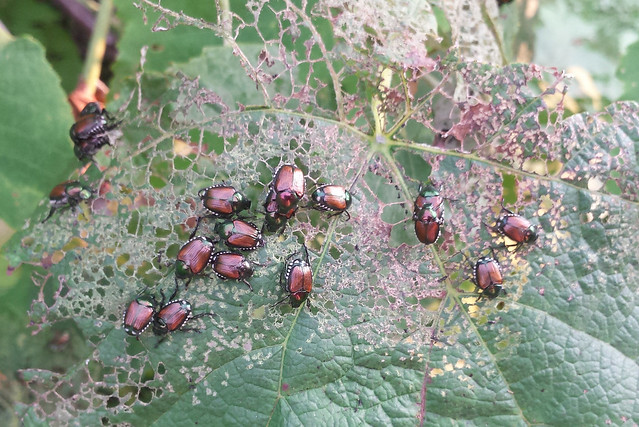 Japanese beetles are an invasive species that arrived on the east coast of the United States just over 100 years ago, and they’ve been moving westward ever since. 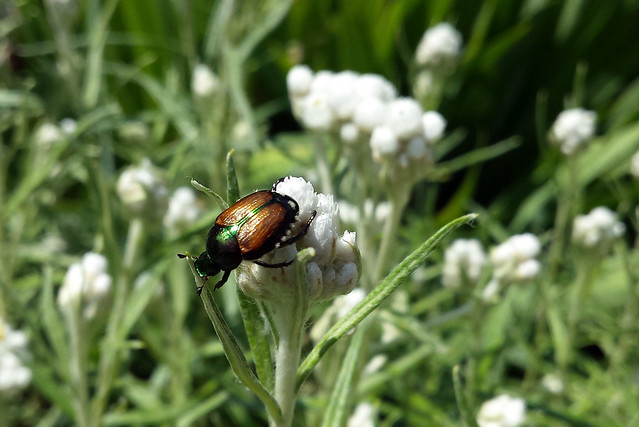 They are considered a major agricultural pest, destroying turf grass (which, sorry, I don’t care for anyway) and defoliating shrubs and trees. 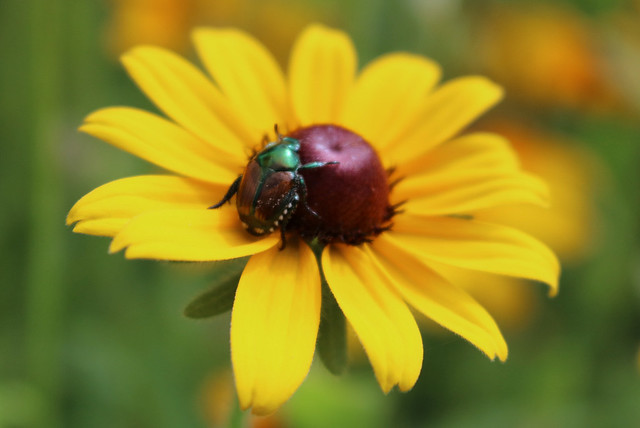 They’re actually quite attractive bugs, with their metallic coloring… 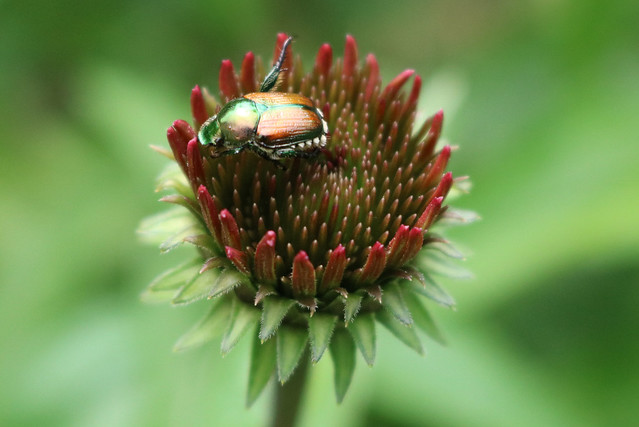 and maybe they’re even a little cute, with their “eyelashes.” 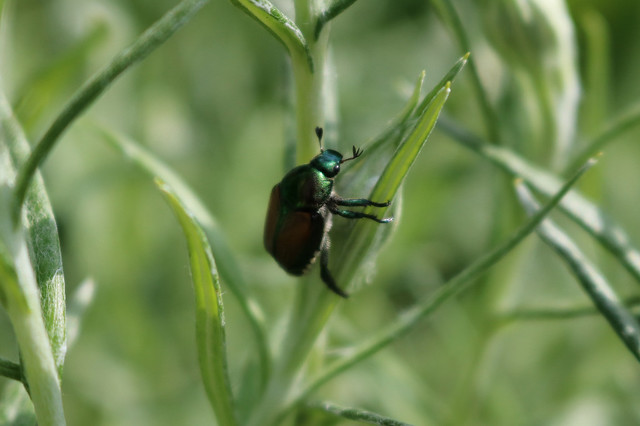 My current method of control is to walk around the garden with a small container of soapy water and to knock the beetles into the container, where they drown. This is mostly but not completely effective because some will fly away, and it is even a little bit fun (but only because it’s an invasive species) as long as the beetles don’t end up in my hair, which happens at least once a night. I sometimes find them there hours later, which is rarely a happy event. 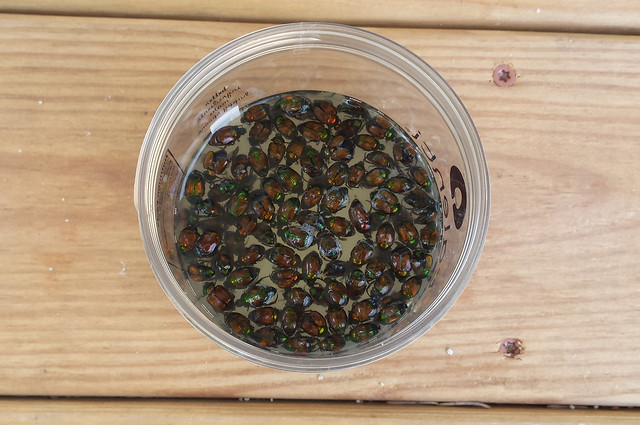 With the large size of my garden, this collecting activity leads to some pretty full, and pretty yucky, containers. 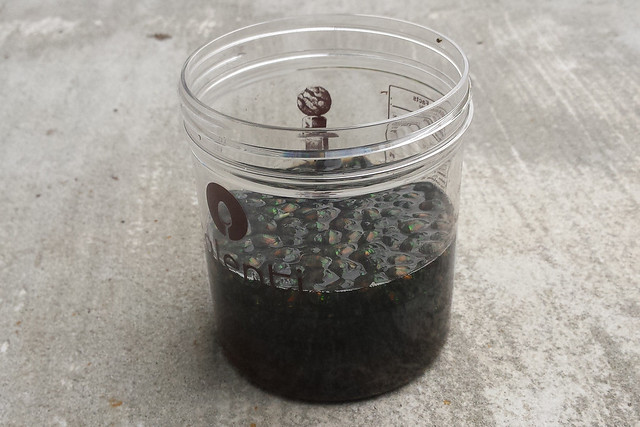 These ones were pretty smart in picking a super-sharp thistle, where I’m not about to go after them. 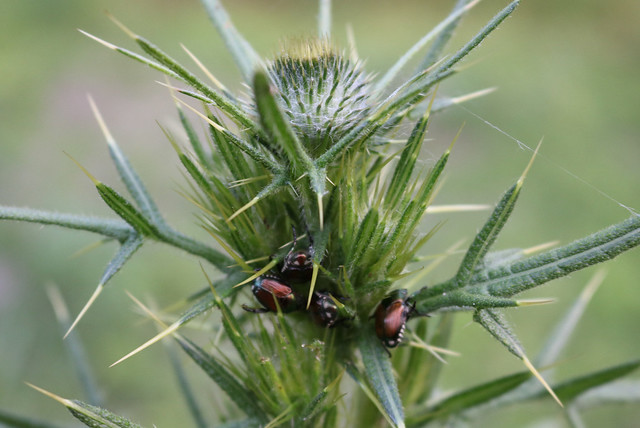 I have heard from a couple of in-person and Instagram friends that chickens love these beetles, but unfortunately I do not have access to chickens. And Japanese beetles don’t have enough natural predators to really control their numbers in Minnesota — though I did catch this interesting altercation between a candy-stripe spider and a Japanese beetle on a common milkweed plant last year. The beetle put up a really good fight, but the spider eventually won. 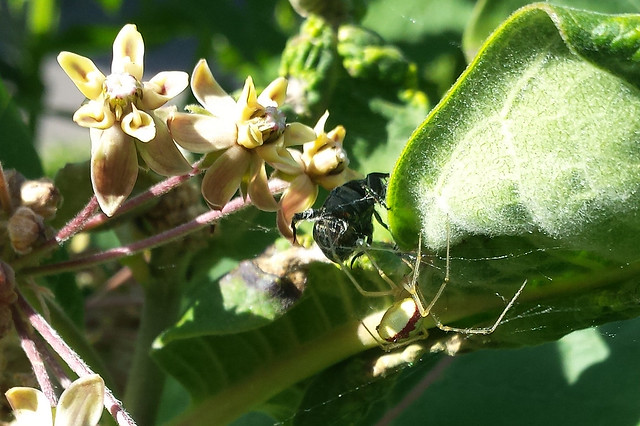 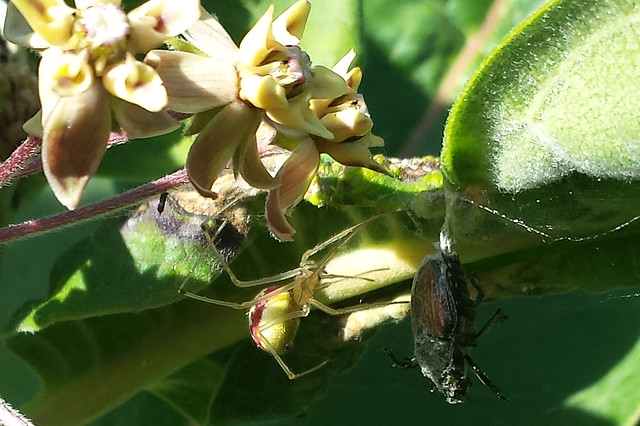 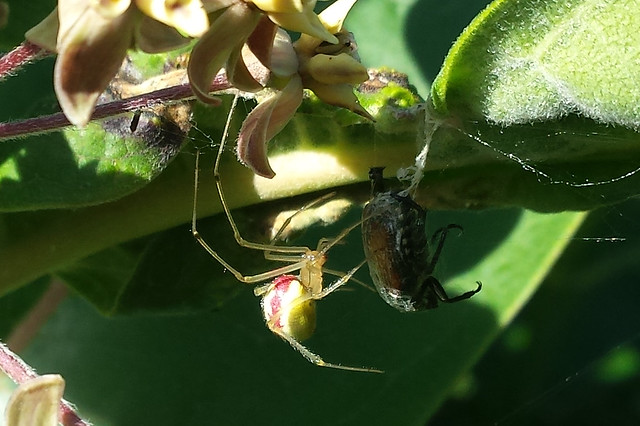 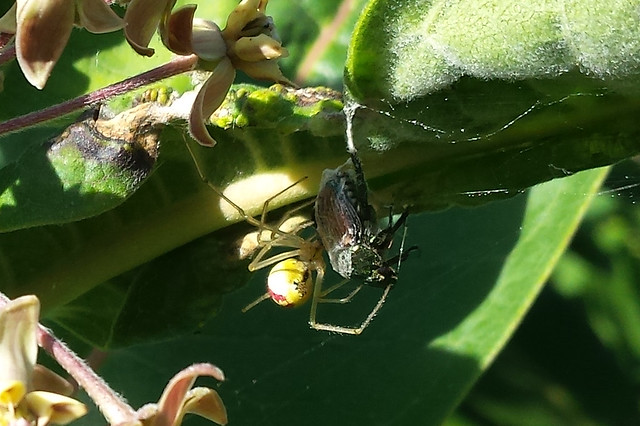 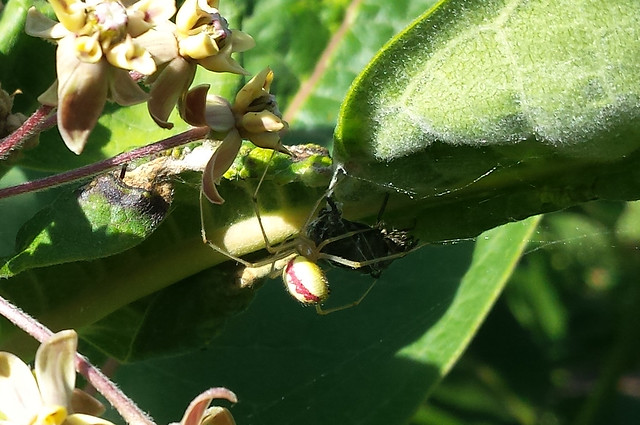 The end of a Japanese beetle at the hands of a candy-stripe spider, the same night — possibly the same pair, though on a joe-pye weed 10 feet away: 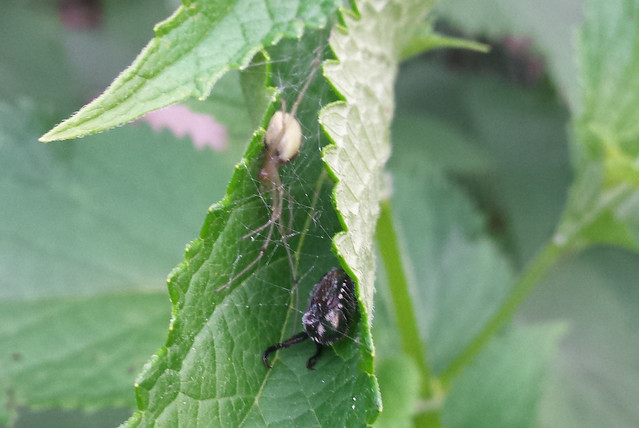