I could watch bees crawl in and out of turtlehead flowers all day. Mostly it’s just bumblebees and honeybees that do this, because they’re big enough to open the flowers. And I see more bumblebees than honeybees here. 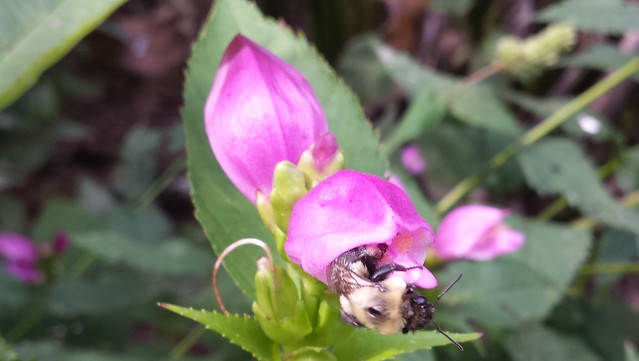 They force their way into the “mouth” of the “turtle” and rustle around inside for quite awhile, then exit and find another flower to repeat the process.

Video of a bumblebee from a few years ago:

Sometimes they need to stop and regroup after they exit, brushing the pollen off their antennae or eyes, I assume. 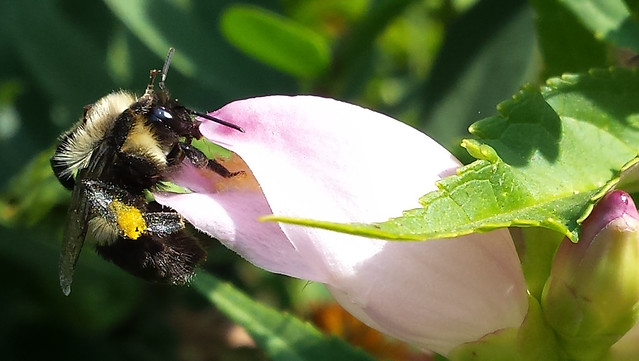 This flower has a honeybee inside, barely visible. 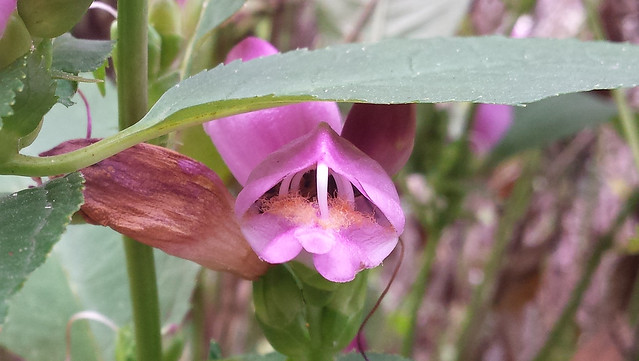 This year, at first, I thought I had noticed a difference – bumblebees climb out backwards, while honeybees turn around and climb out face-first – but then I saw a bumblebee turn around, too. (And the video above shows a bumblebee that turns around, so I had seen that before.) In fact, I don’t seem to have any photos of bumblebees backing out. So much for that theory. 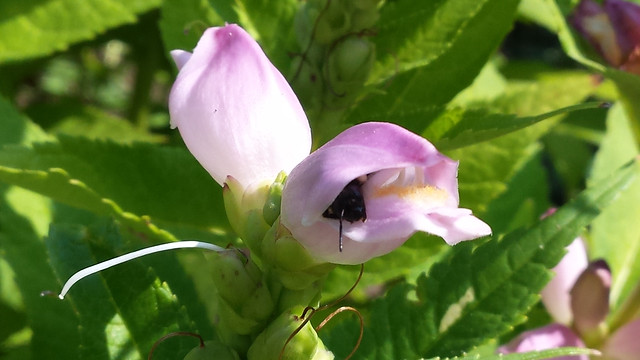 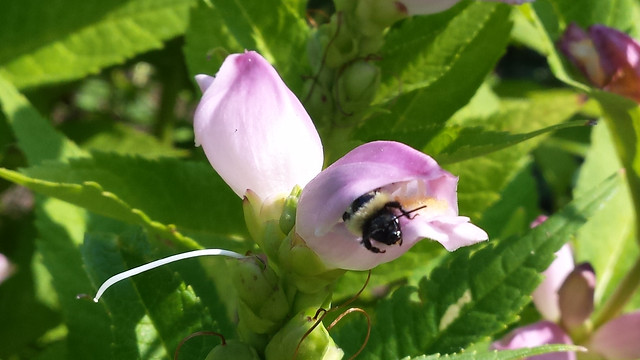 This one is my favorite: looks like it was quite the effort to squeeze out of this blossom. 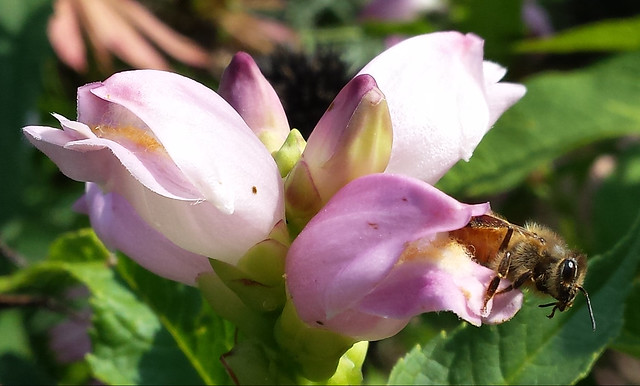 Only a little hint of the insect inside. 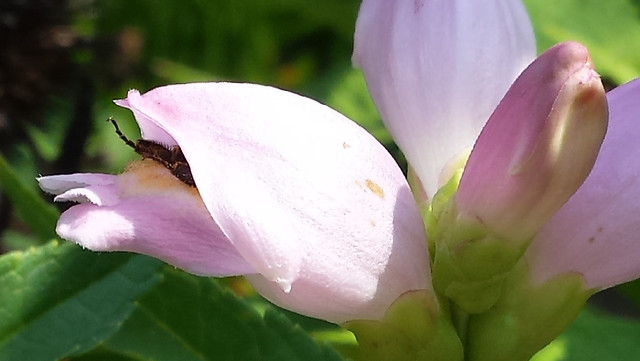