Late this summer I decided to participate in a million milkweed challenge. A local environmental restoration organization asked volunteers to collect seeds from common milkweed, whorled milkweed, and butterfly weed, which will be used to grow plants and also used in seed mixes. Milkweed is vitally important because it’s the only thing that monarch caterpillars eat, and its flowers also attract other pollinators.

At one point in June, just one small section of our front yard looked like this, so in late autumn there were plenty of common milkweed pods to be found: 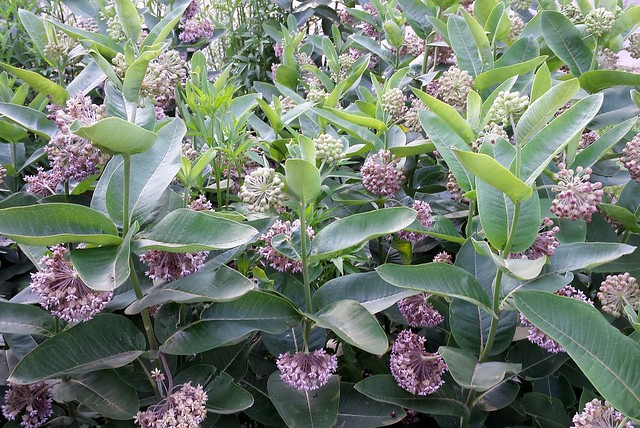 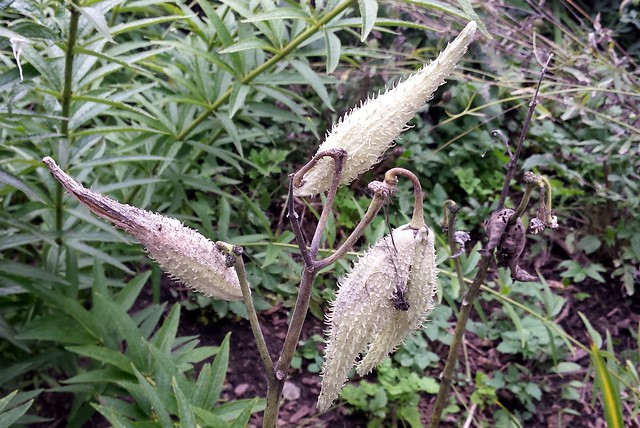 and here are some 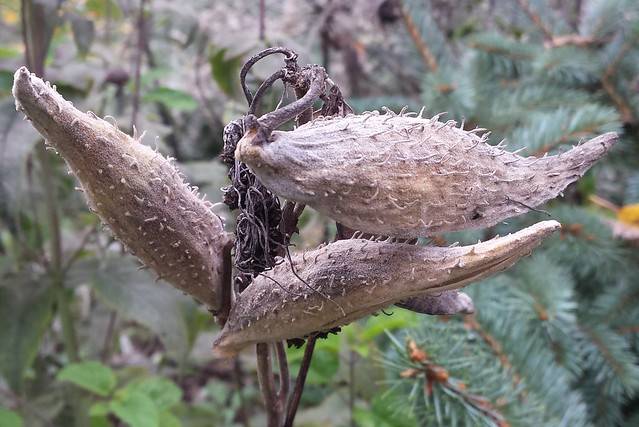 …though I decided to just leave this pod. 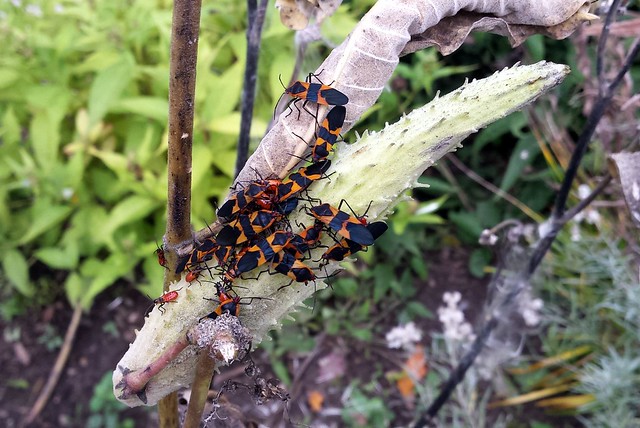 I didn’t collect every last pod, especially leaving the ones that had already opened so the seeds were starting to fly, so there is plenty of seed left over in the yard to regenerate next year. I still ended up with a table full of ripe pods: 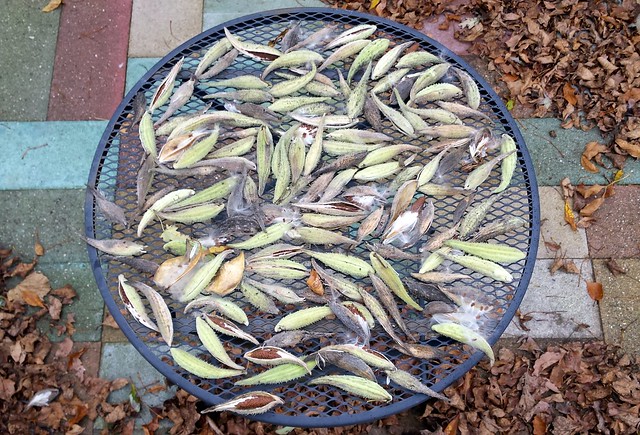 I decided to remove the seeds myself, rather than turn in pods, and that meant I had a lot of work to do. Since the collection process had taken place over several weeks, by the time I began working, not all the pods were in good shape anymore. Some had already opened and started to separate 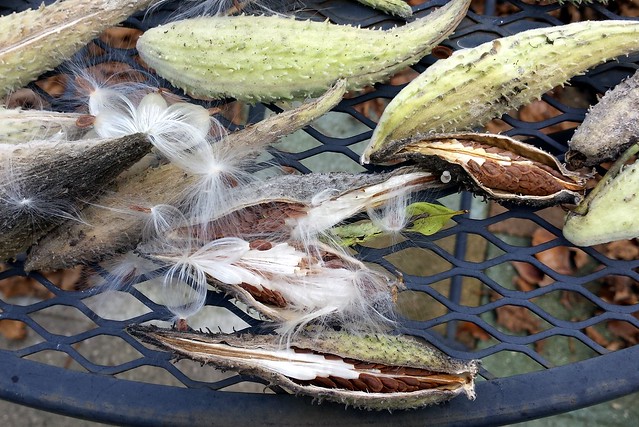 and some of the pods had gotten a little damp due to weather, so I found a few pods like this: 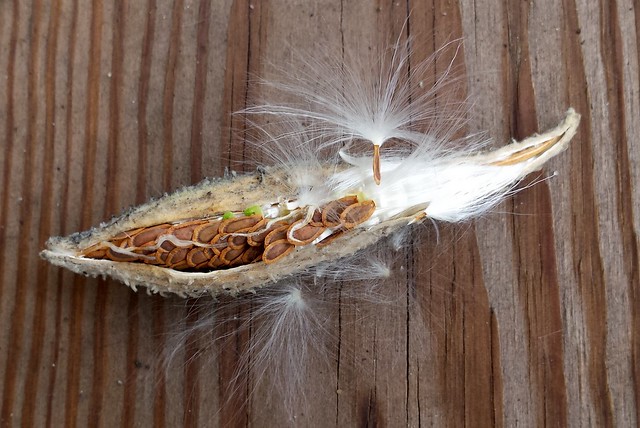 Those squiggly lines aren’t worms, they are sprouts! 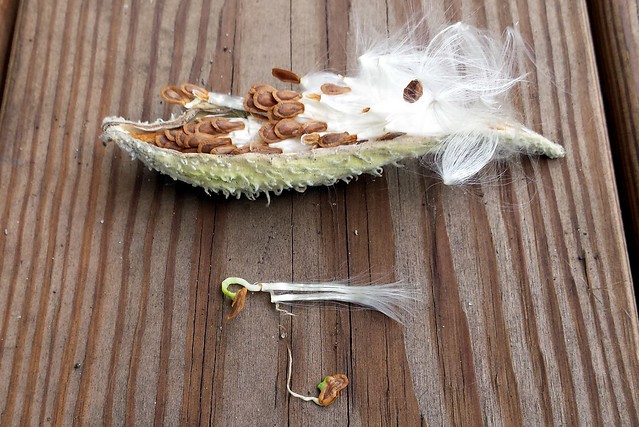 (I discarded pods like this and only included fresh seeds.)

To remove the seeds, I held on tightly to the “fluff” end of the pod, then scraped downward across the seeds to loosen them into the container. 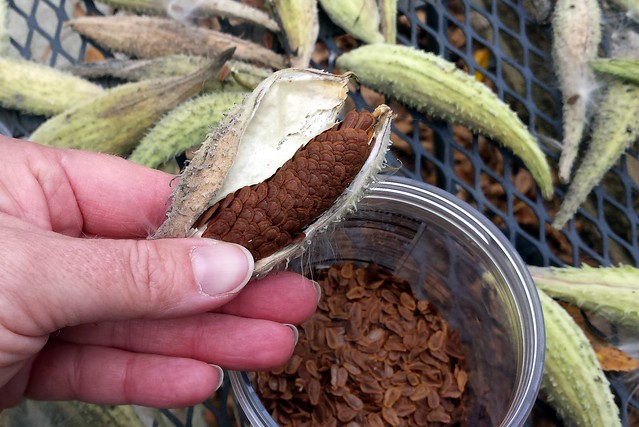 This pod is going smoothly. 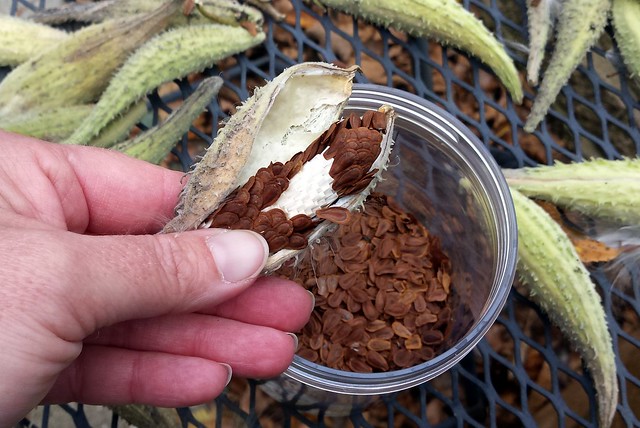 This one ended perfectly: all the seeds came off easily. 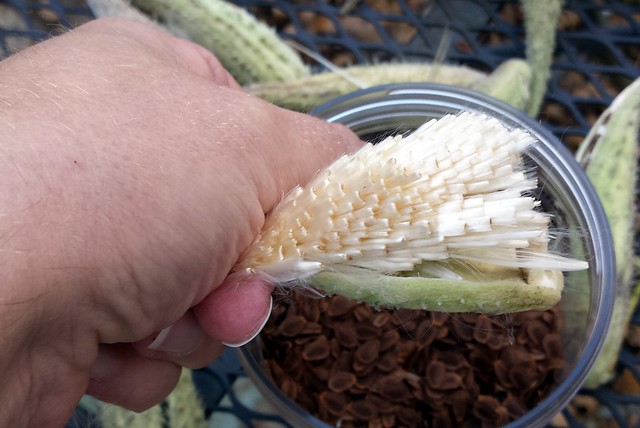 But sometimes, no matter how tightly I held on, the seeds didn’t cooperate — and with not a lot of patience for picking up seeds one by one, when that happened, I set that pod, fluff, and seed aside. 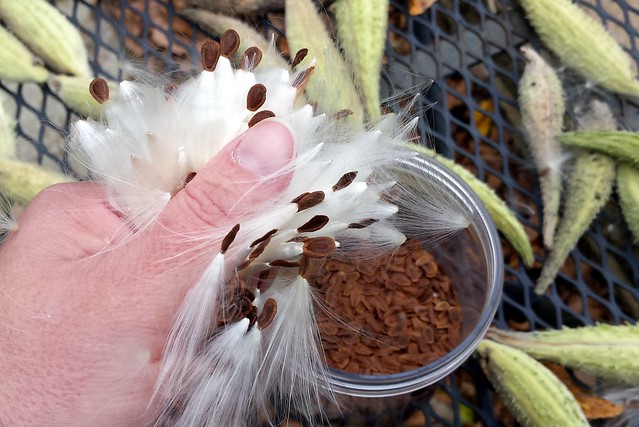 Wayward seeds still attached to their “parachutes” floated all over 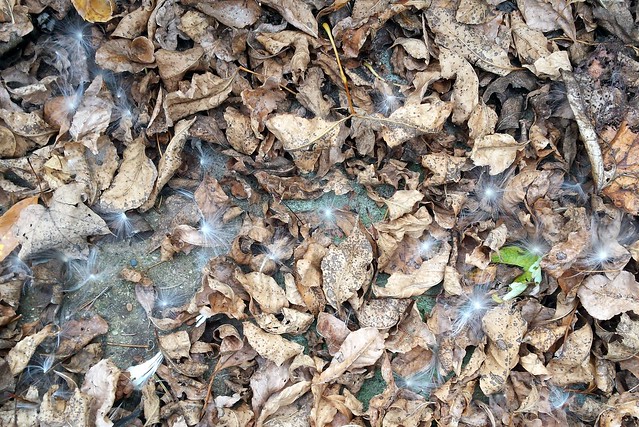 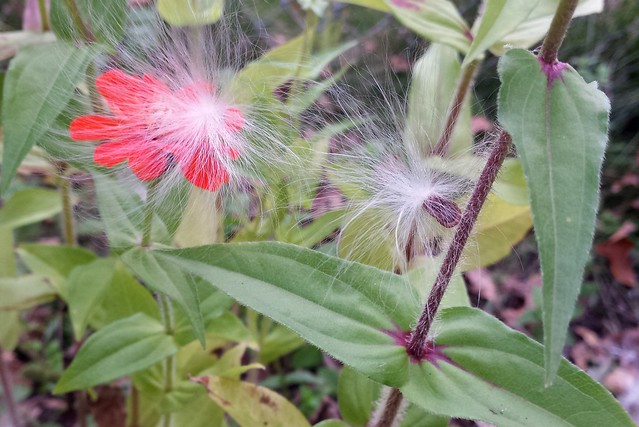 and once I realized just how many seeds were falling through the wire table down to the patio stones, I put on a tablecloth and caught quite a few that were missing the container. 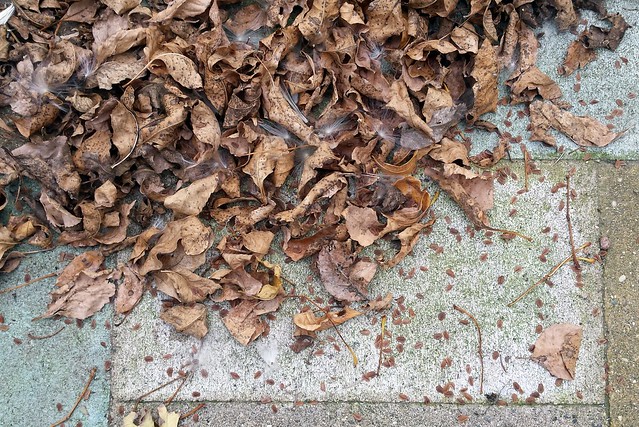 About three hours and 159 usable pods later, I had one gelato container filled to the brim: 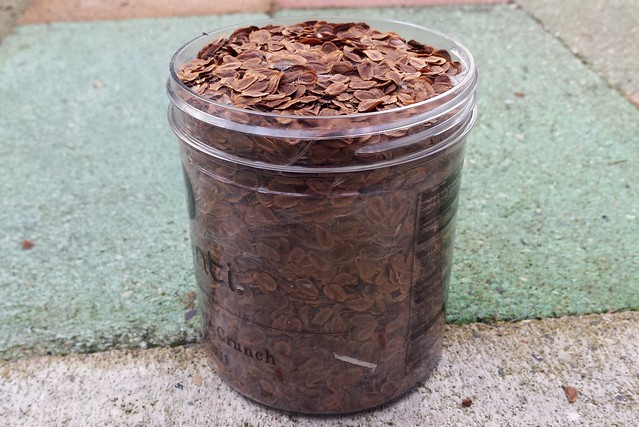 And what I’m left with now is a bag half-full of fluff. 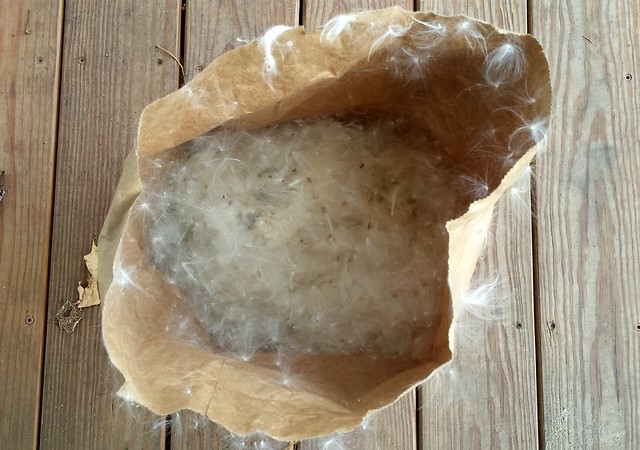 I recently heard that a Canadian company is starting to make jackets using this for stuffing instead of down or synthetics. Maybe I could go into business! (Though at about one coat or pillow a year, it wouldn’t be a very lucrative business.) The fluff is super-soft.