These four jack-in-the-pulpits seem to have just had an argument and none of them can stand to even look at each other. 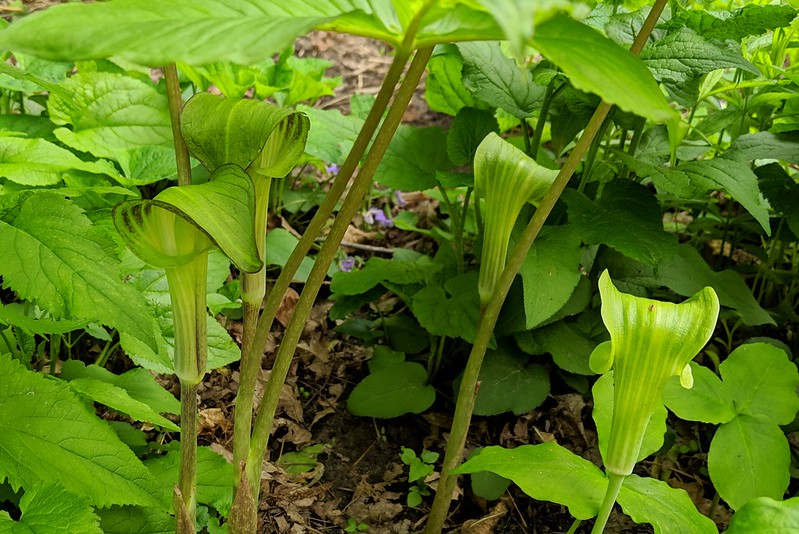 The one on the far left even looks like he’s just exclaimed “Humph!” and is scowling like Sam Eagle of the Muppets. 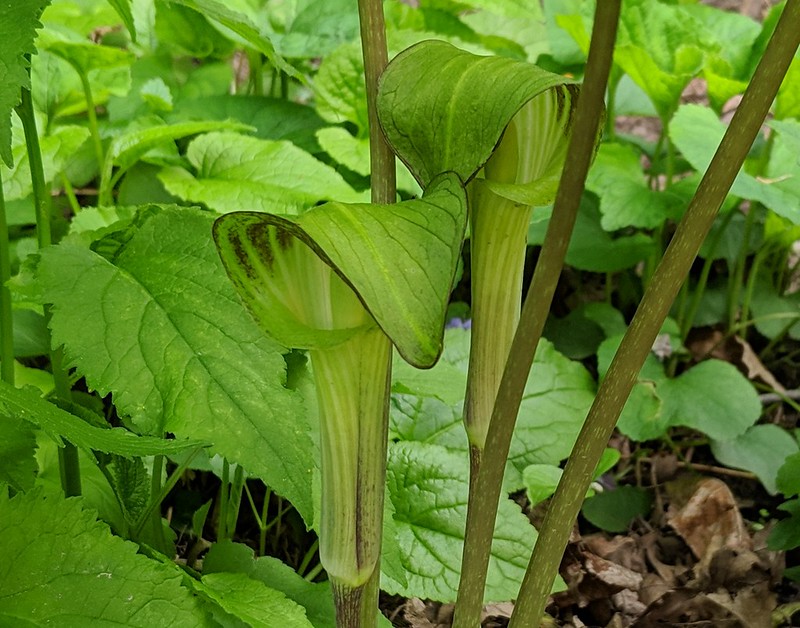 Less than a week ago, the third one looked like this cool guy: 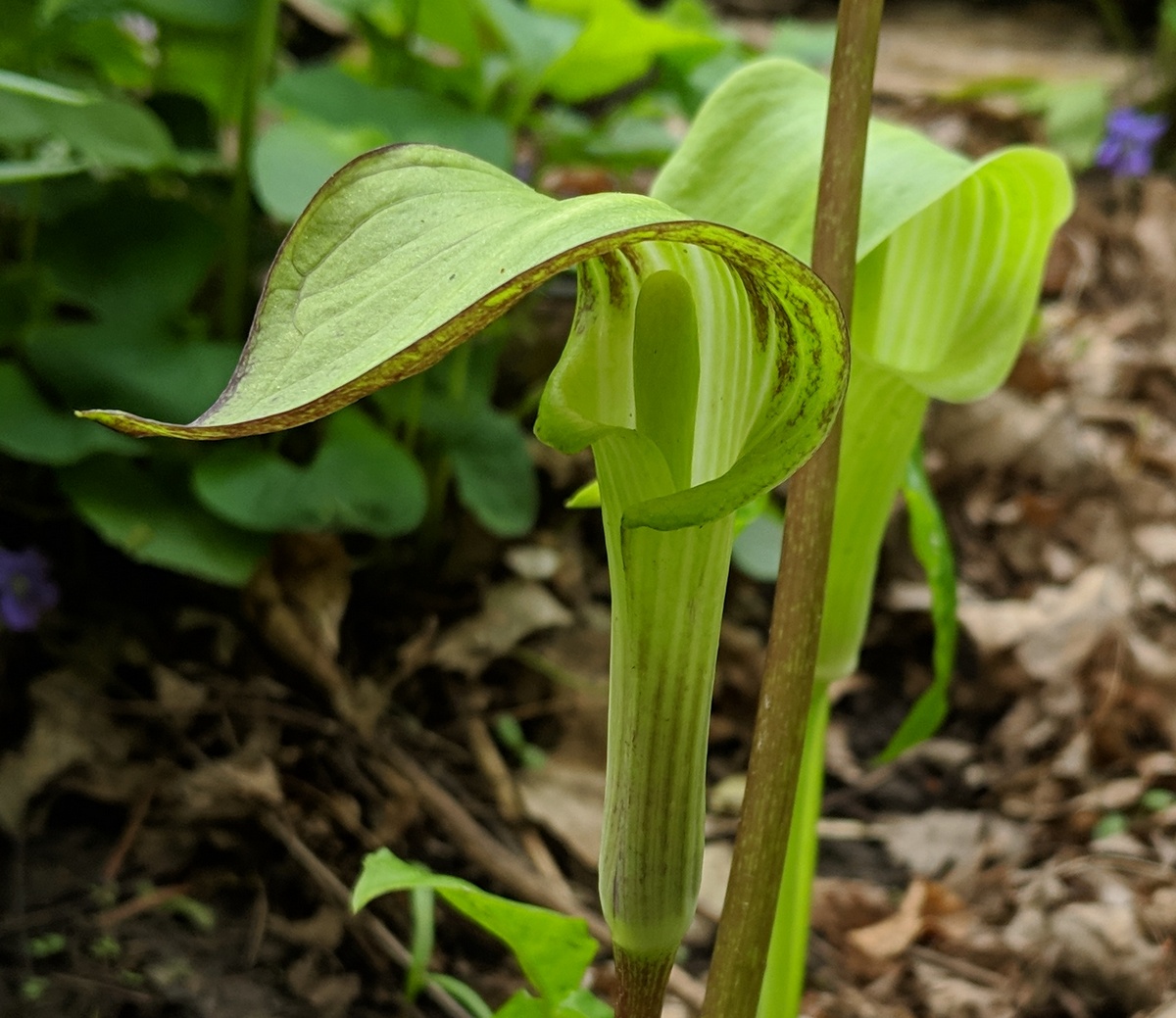 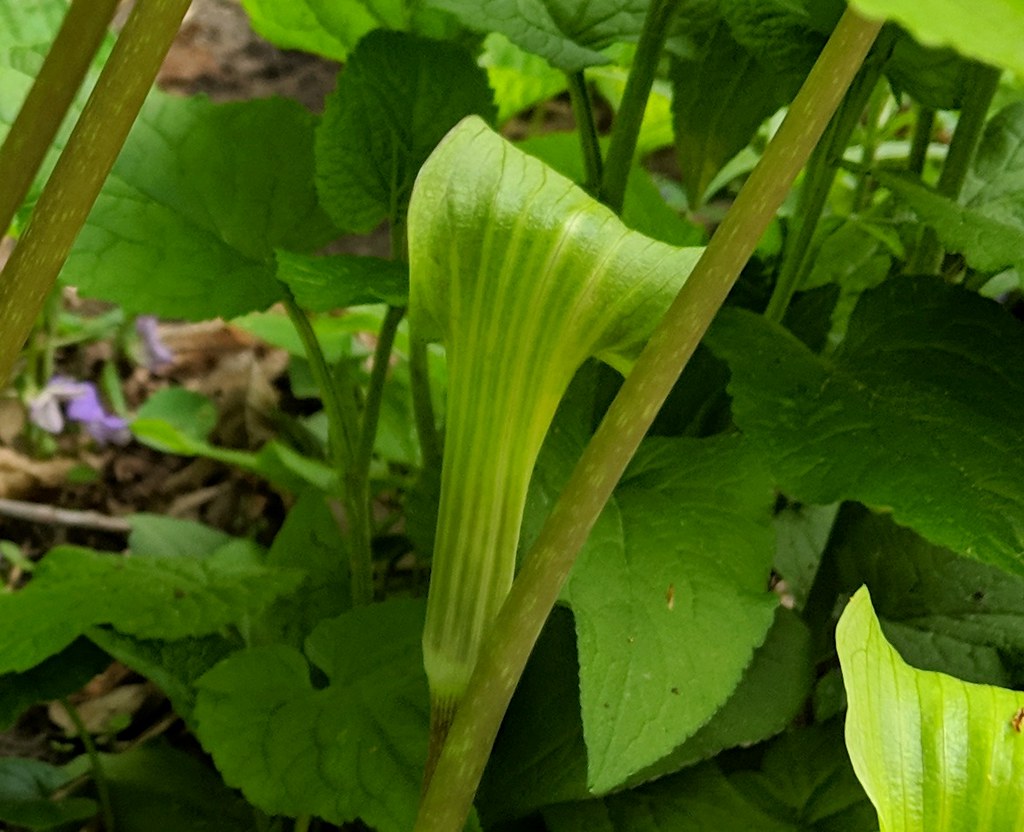