Long petals, short petals. Skinny petals, wide petals. Single color, bicolor. You name it, we saw it somewhere in the garden this year.

The red ones likely came from a seed mix a few years ago. They started in a flower box and are now spreading on their own and may be intermingling with the native, solid-yellow, rudbeckia hirta. I think they’re called “gloriosa daisy” though which specific variety, I’m not sure; perhaps there are more than one, which is why there’s such variation.

This was a banner season for the native black-eyed susans — especially after such a lackluster year in 2016. While last year there were only a few flowers, and not any until September 19, this year they started opening up on June 20, and dozens and dozens of them kept going for weeks. 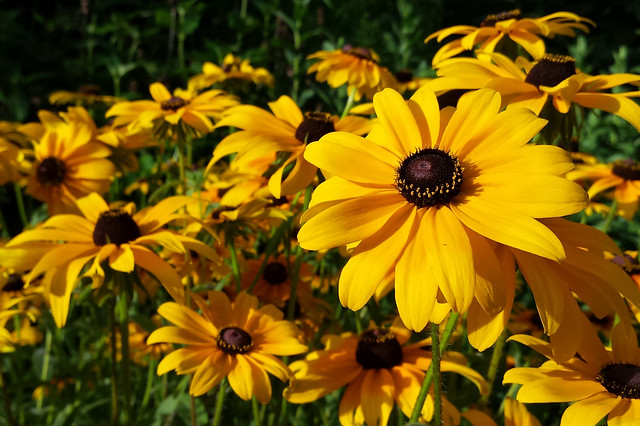 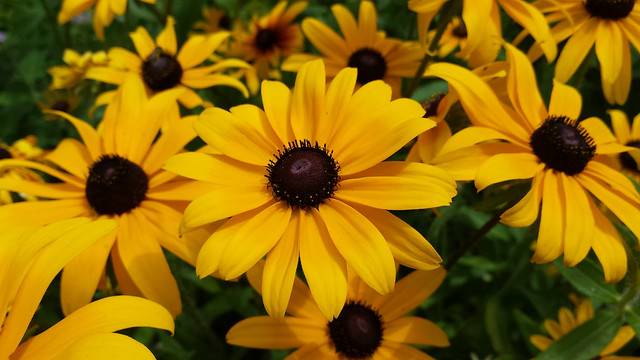 One gorgeous Sunday afternoon, I waded in close to the cluster and crouched near the ground to look up at the blue sky. 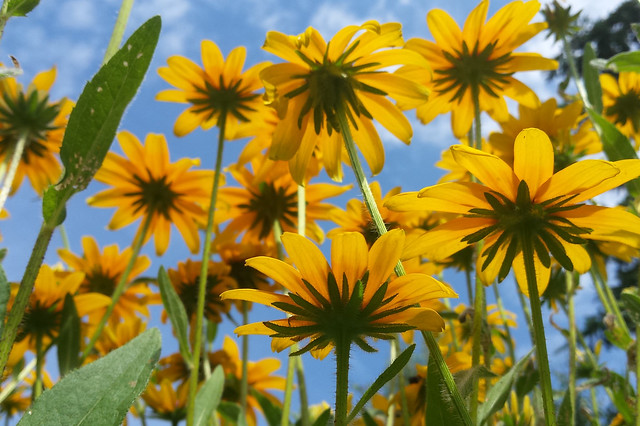 Side-by-side comparison of one flower:

Here’s one more photo of the whole bunch for good measure, from the side. 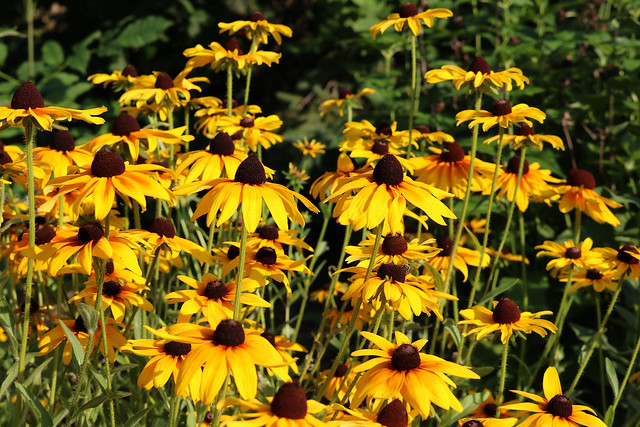 We’ve been growing bee balm (or wild bergamot, or monarda) for many years. It started as one large clump, and then we divided it into two sections. Each year it’s been the same pale purple color. 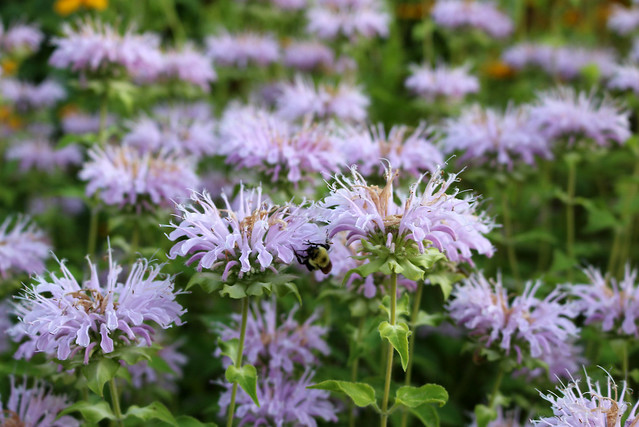 Last year there were a couple of volunteer blossoms, but this summer new growth is popping up all over. The first new plants were purple, too, but then I noticed a pink flower… 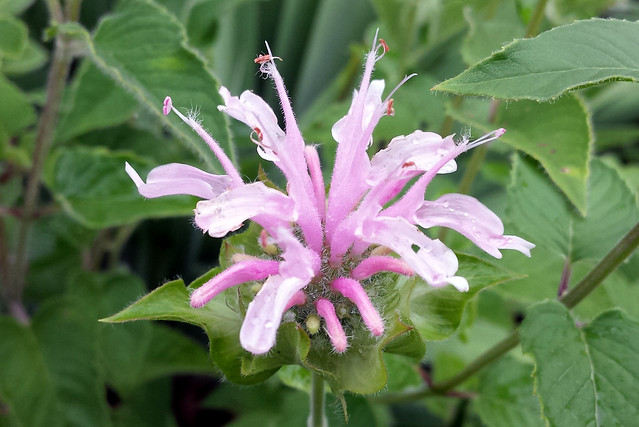 …which turned into a pink patch. 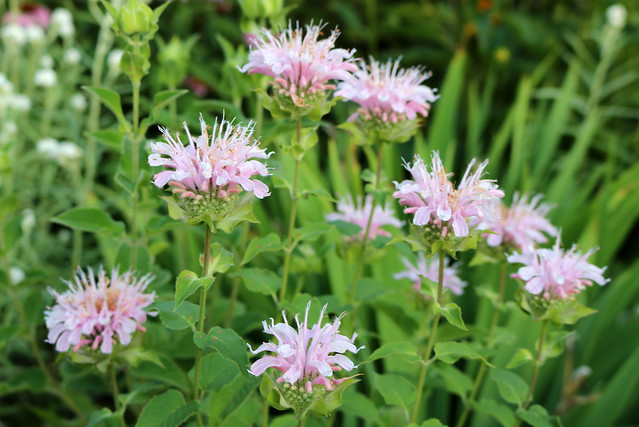 Later I found a nearly white patch, then several more clusters like this. 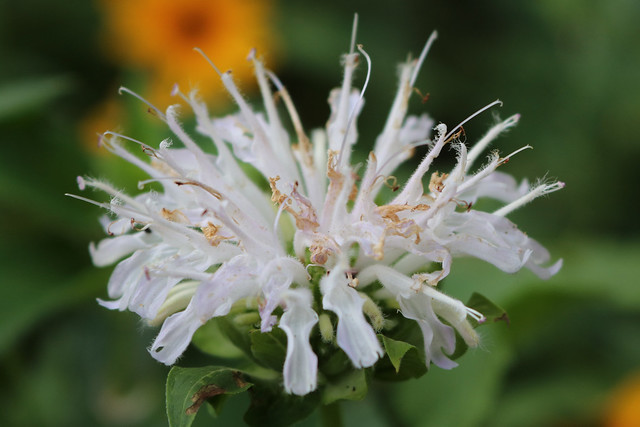 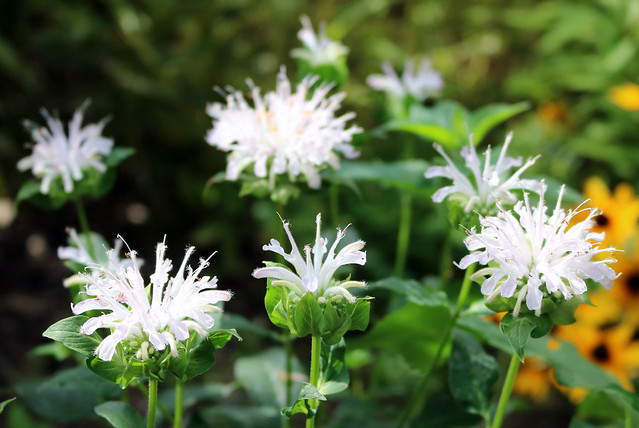 And finally, I found a couple of blossoms that were a darker purple. 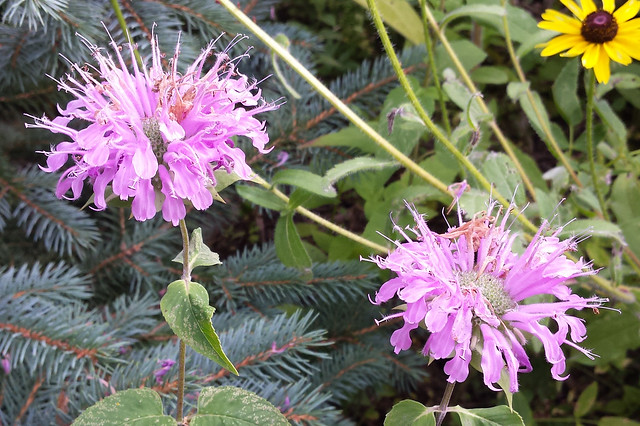 Those are all the color possibilities that minnesotawildflowers.info lists for bee balm, all right in our own front yard.

Plant source: To the best of my memory, Roseville arboretum end-of-summer sale, 2011 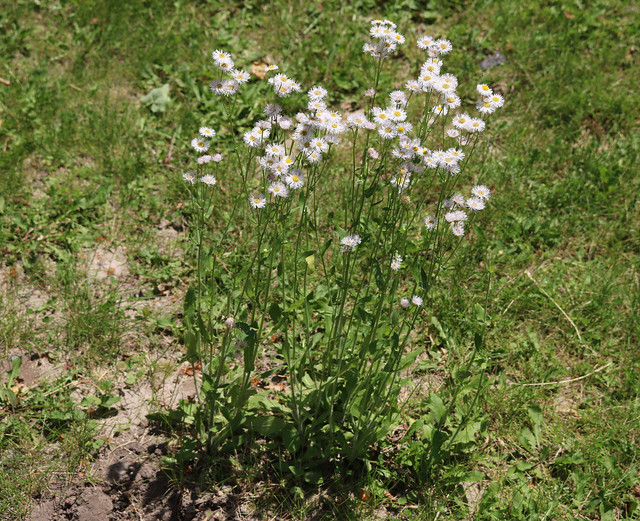 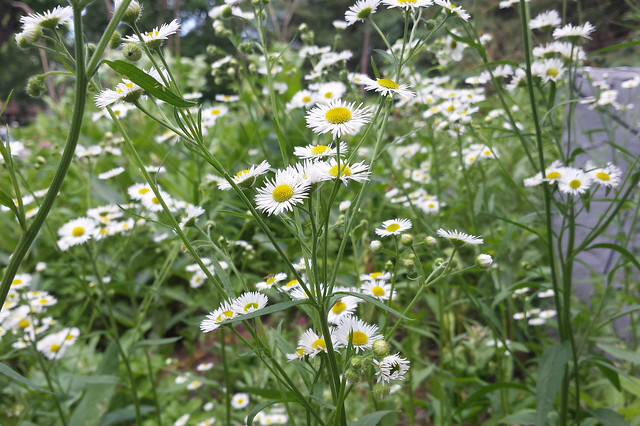 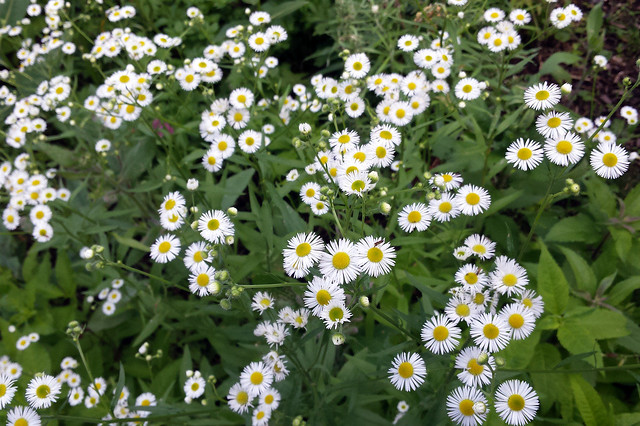 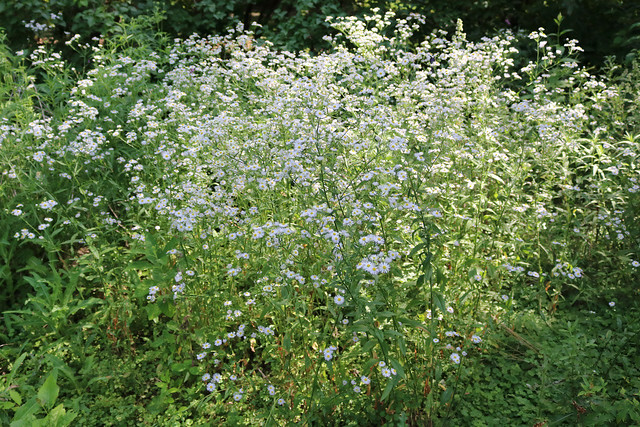 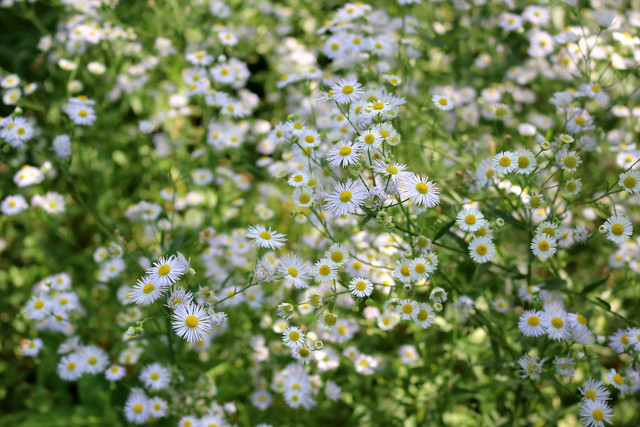 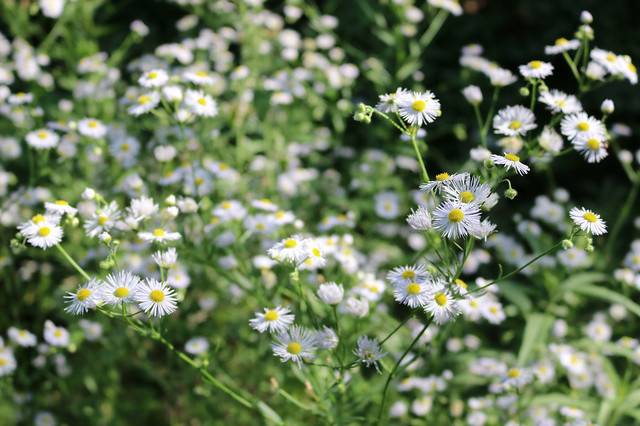 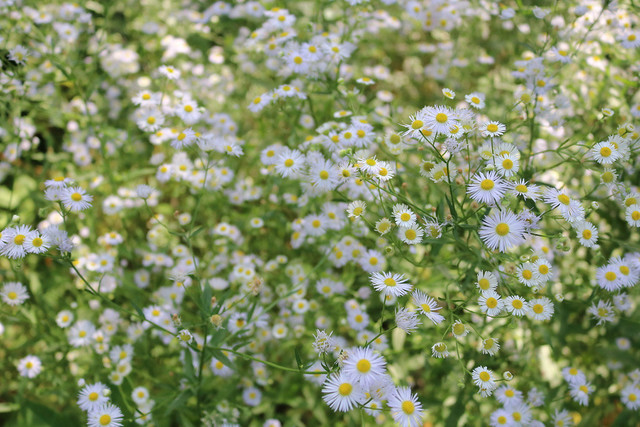 I probably shouldn’t admit this, but I garden without paying much attention to where plants are supposed to grow. I’ll try most flowers once, and if they don’t like the spot, I don’t usually try again. With some notable exceptions (bloodroot keeps breaking my heart), plants will grow in my yard, whether in full sun in the front or in part-shade to mostly-shade in the back.

With that said, and perhaps not surprisingly, I’ve noticed that most of the summer prairie flowers in my yard bloom earlier and more vigorously in full sun.

All comparison photos were taken on July 24; sun first, then shade.

Bee balm was the plant that made me think of comparing the locations:

Joe-pye weed, just opening up in both spots, but a little further ahead in the full sun:

Pearly everlasting — all over in the front yard, but struggling to make it through all the creeping charlie in the backyard:

Dramatic difference for the black-eyed susan — a huge cluster in the front yard, but just one small plant in the backyard:

(Much more to come about the black-eyed susan situation in the front yard.)

Purple coneflower — not even a comparison because at that point, there were none in the backyard (and even today, August 8, there is just one). 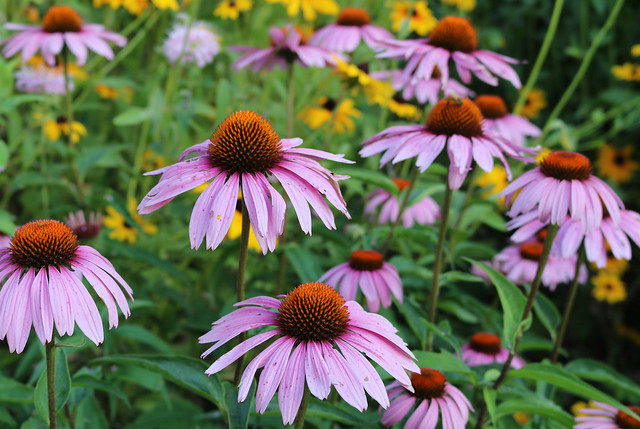 I’m not ready to attribute all of the front-yard success to amount of sunlight alone. For example, in the case of the black-eyed susan, in previous years the results were reversed (few in the sun, many in the shade).

And even in part shade, the flowers usually do grow, just later, like the same backyard bee balm location, taken on August 7: 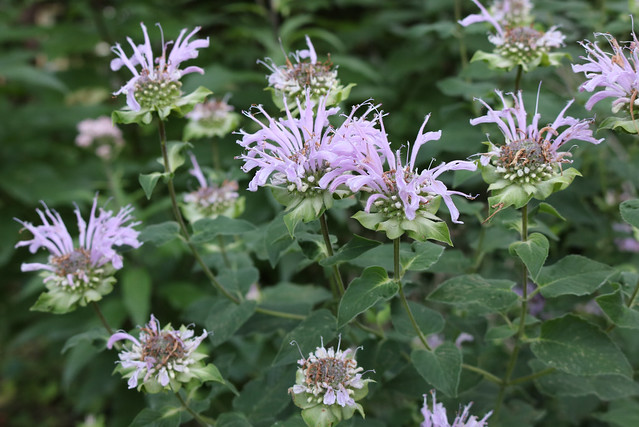