I remember learning that calendula is the October birth flower when I was a little girl, though I didn’t know then what it looks like. 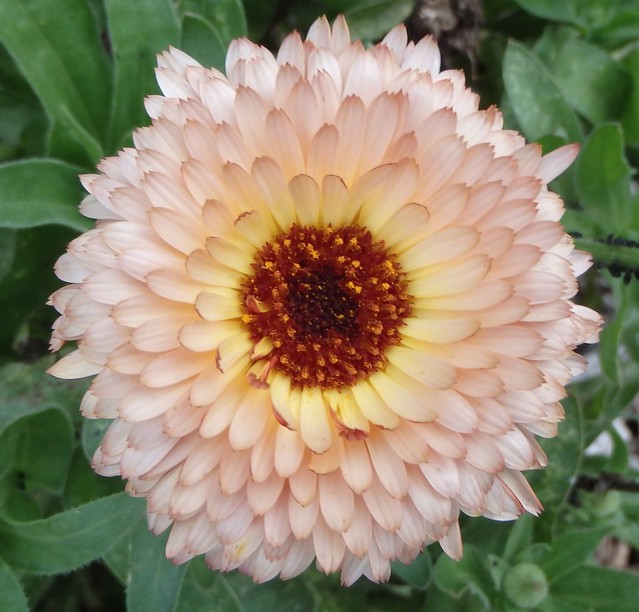 Now that I have my own garden, I’ve been growing them for two years. The first year we had one peach-colored plant. This year I received a packet with a different variety, and many new yellow and orange ones grew in addition to several peach ones that reseeded. 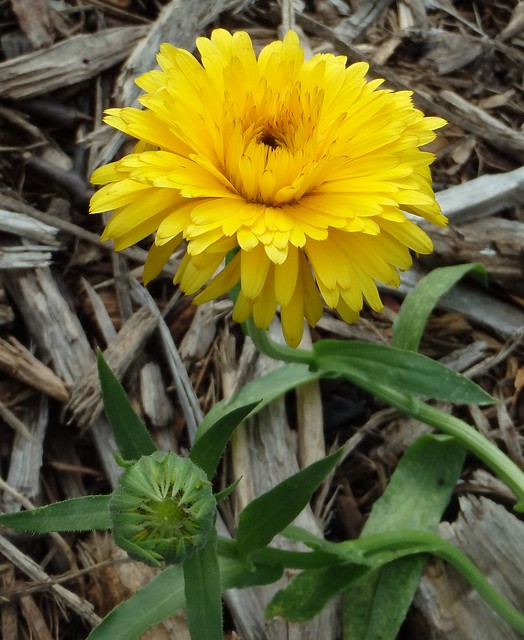 Bees and other insects love them.

The internet tells me that calendula was named after the calendar because it blooms the first of each month or with every new moon, though I haven’t noticed a pattern. They seem to bloom every day – and even appear to be picking up speed at the end of October, after several frosts. (Now that I think of it, a new moon just passed, and there were dozens of blooms today… hmm. Will pay better attention next year.) 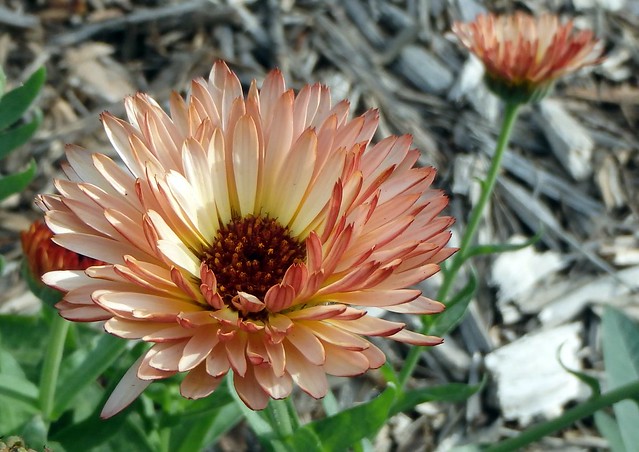 I hope birds like calendula seeds because last year I collected more than we could ever use, and it still spread like crazy. Maybe we should try an alternative way to appreciate the flowers: by eating them in salads.