We were treated to a nice autumn that lasted about two weeks longer than it usually does, but suddenly it’s cold. Our first lasting snow fell this week, and there is more on the way tomorrow. In the last couple of weeks, I collected lots of seeds from our yard. 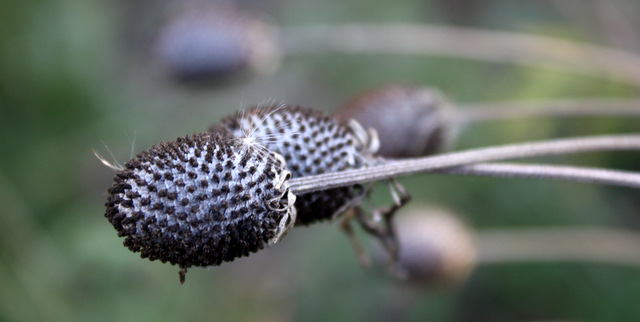 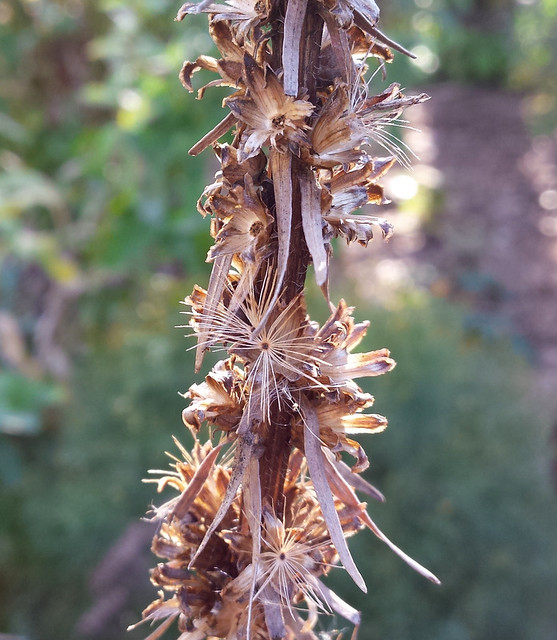 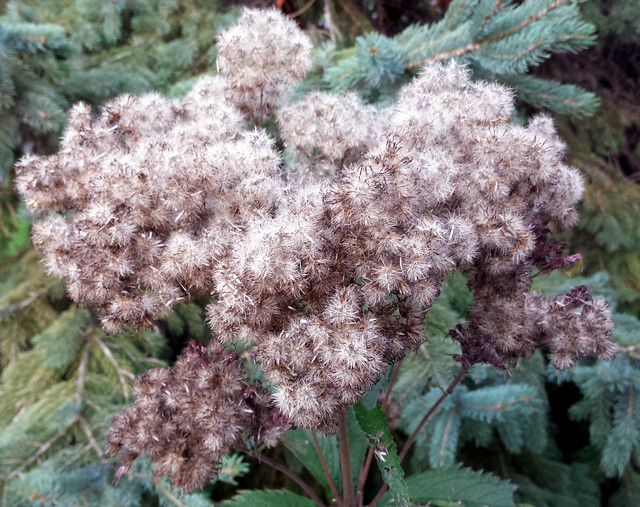 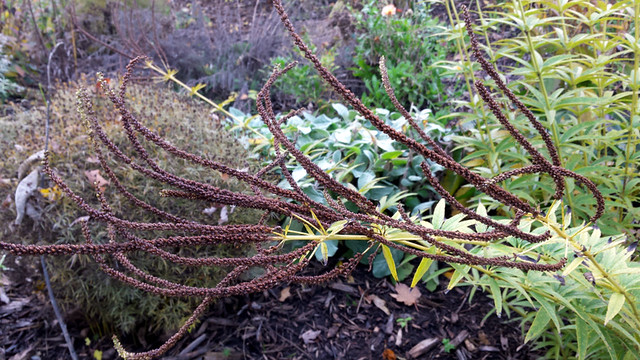 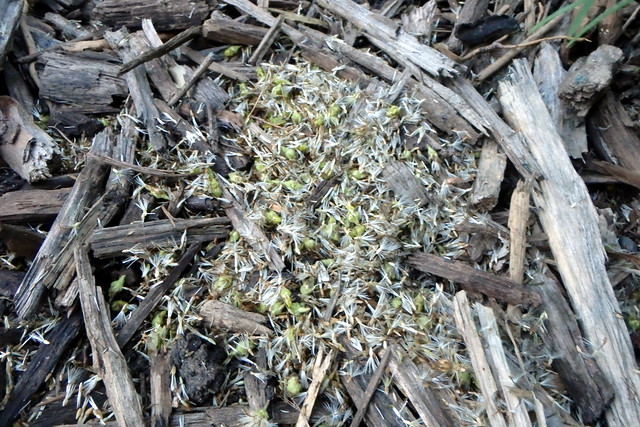 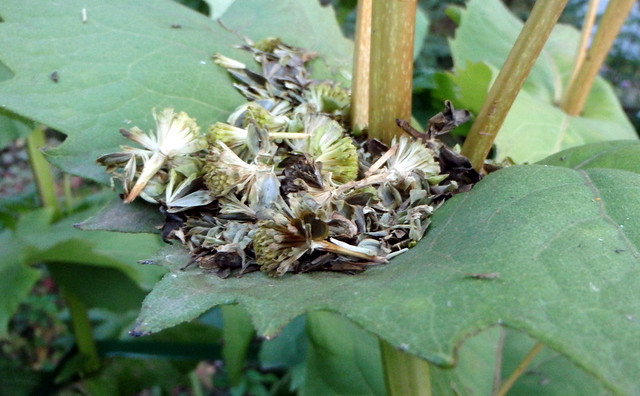 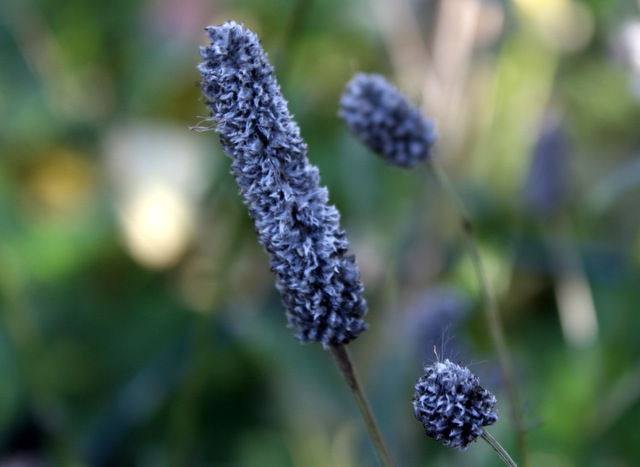 I packed up some seeds to share with coworkers… 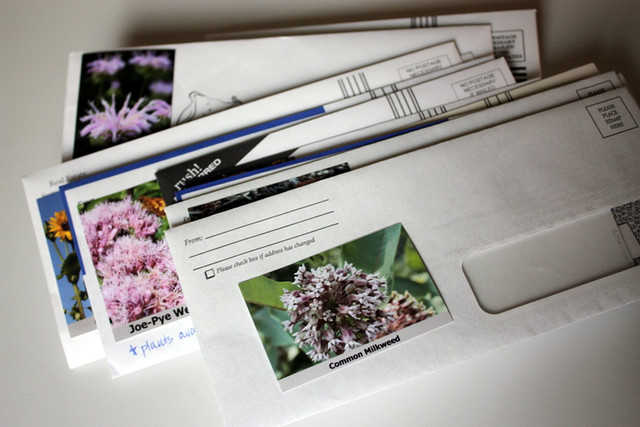 …and made my own custom mix of these and eight more whose names didn’t fit on the envelope. (Now I’m noticing a mistake: we have stiff goldenrod, not smooth goldenrod.) 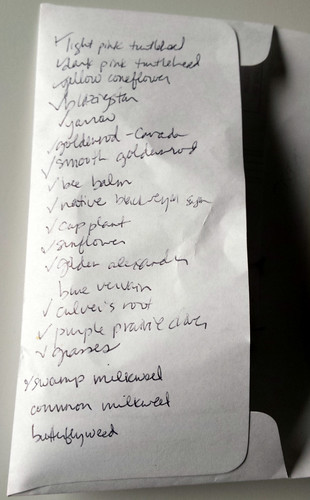 We’ll use these seeds – along with a grass mix from Prairie Restorations – next spring in a big area of our backyard that we’re converting from lawn. It would’ve been best to get them planted this autumn, but the lawn hasn’t been removed yet. I’m not sure how many of the seeds will grow in 2016 without being winterized, but I’ll try keeping them in the fridge until spring to help the process. 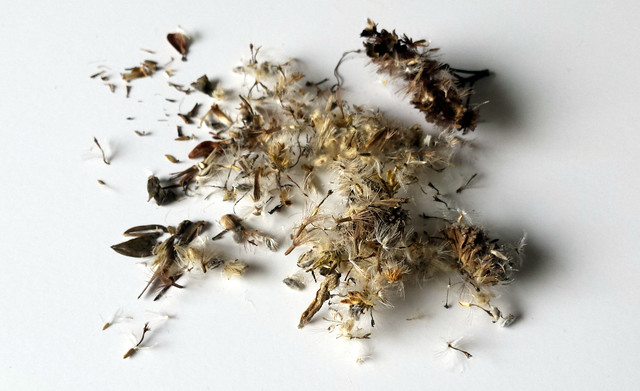 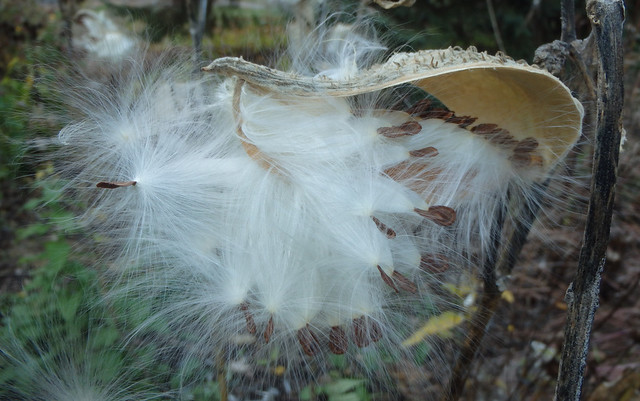 …but it creates hundreds more seeds than I need, especially since the plant also spreads underground. 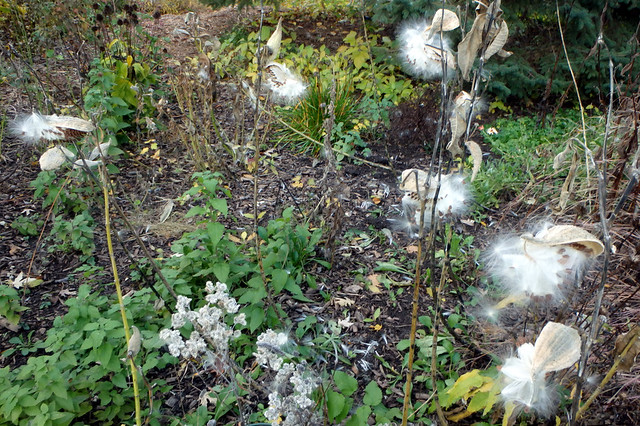 Pearly everlasting results in thousands of seeds. I love the plant – and so do butterflies and bees – but it is spreading aggressively. I collected the seeds to get them out of the garden. 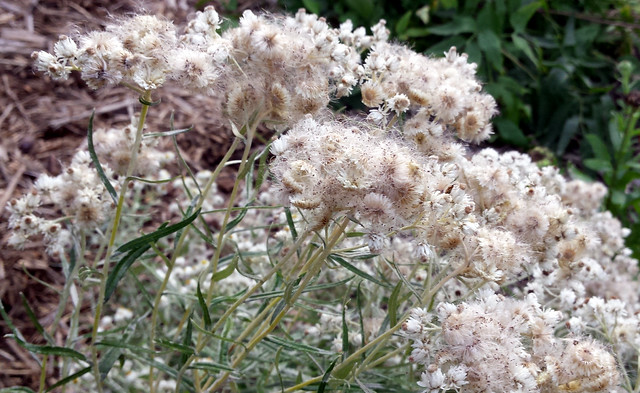 We also spent some time in cleaning up the garden before winter. I left most of the plant stalks where they grew, but I cut down the enormous cup plant and a couple others, storing the stalks in the backyard until spring, in case insects need shelter to hibernate.

And we divided and moved some plants. The irises were a couple years overdue, so their bulbs were packed tightly together. We split this group into three and moved it to new areas. 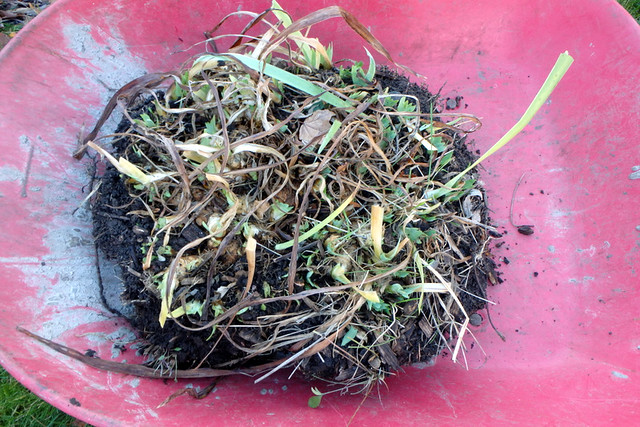 The snowdrop anemone doesn’t flower long, and now its leaves are taking over. We removed this big section from the main garden and planted it under a pine tree. I suspect that sometime in the future, we might be permanently removing it from the yard, but for now, we’re going to try it in a new location where it won’t crowd out the joe-pye weed and giant hyssop. 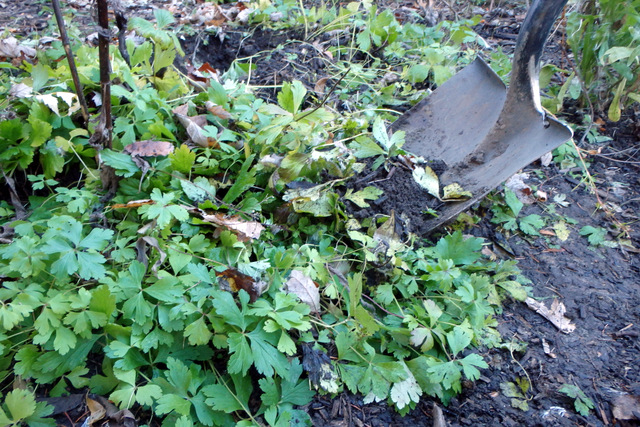 The most satisfying move: removing a giant dandelion that had been growing for three summers. It started out as a nuisance right next to a pretty allium two years ago. The dandelion’s leaves are barely visible in the bottom of this photo. 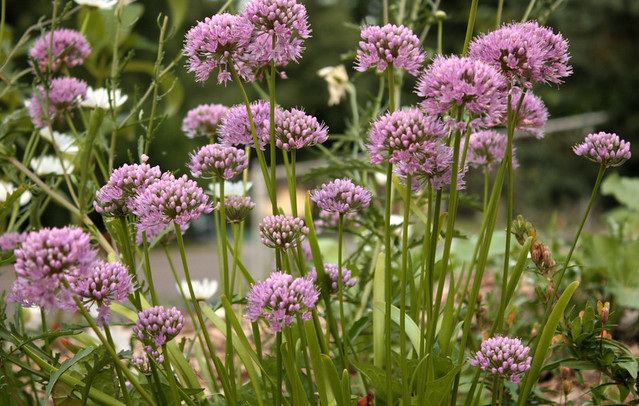 A year later it was intertwined with the allium, preventing us from easily removing it. The number of flowers was impressive. We always meant to separate the two plants, either in the spring or fall, but didn’t get around to it. 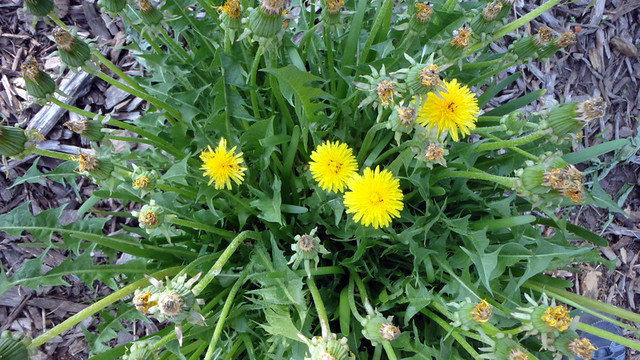 By this year, the dandelion was so big that it choked the allium. 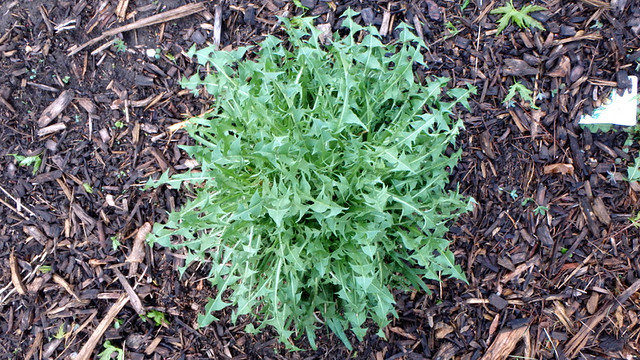 This fall it was finally time. We were able to dig way down to the bottom (hopefully) of the root. Now the allium can come back. 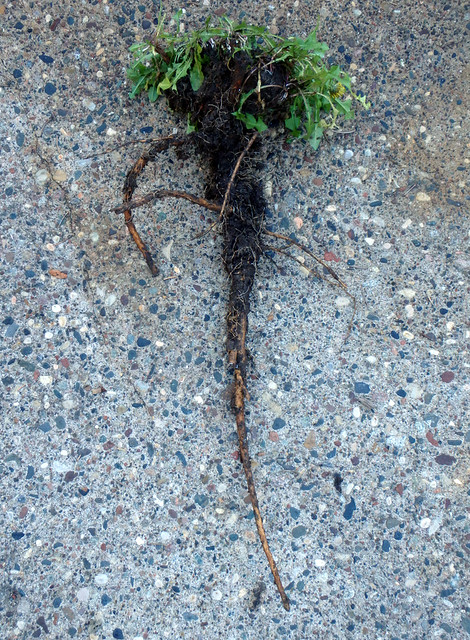