Over the last two weeks I’ve been reviewing and tagging and editing and sometimes deleting the thousands of photos I took in our garden last year. As usual, not every plant survived. Several of the failures on this list were considered successes just a year ago.

Lady’s mantle: This one was never one of my favorites – mostly because it was so subtle it was easy to overlook. The flowers are so tiny they are barely noticeable against the leaves. In 2015, not even the leaves grew. (This photo is from 2012.) 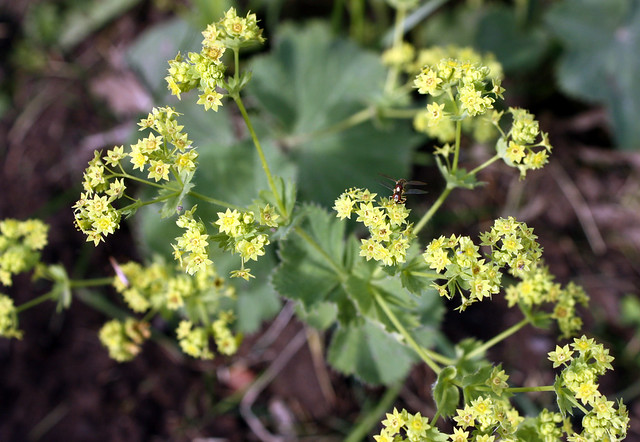 Columbine was on my bigger and better list in 2014, when this photo was taken, but it was completely gone in 2015! 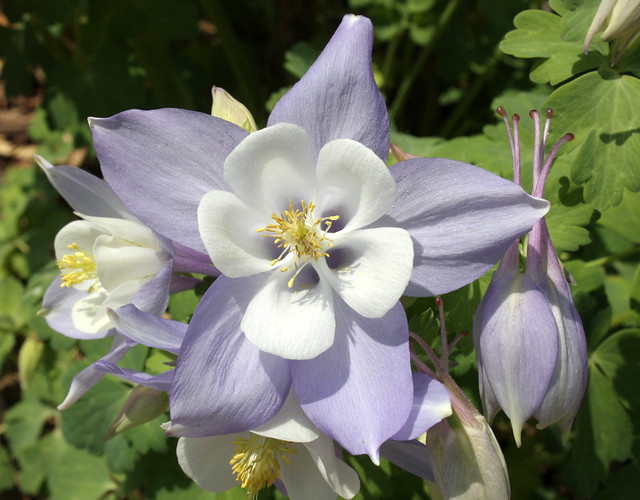 Evening primrose apparently didn’t survive a squirrel attack in 2014. We have another variety of evening primrose in a different location, though. (This photo is from 2013.) 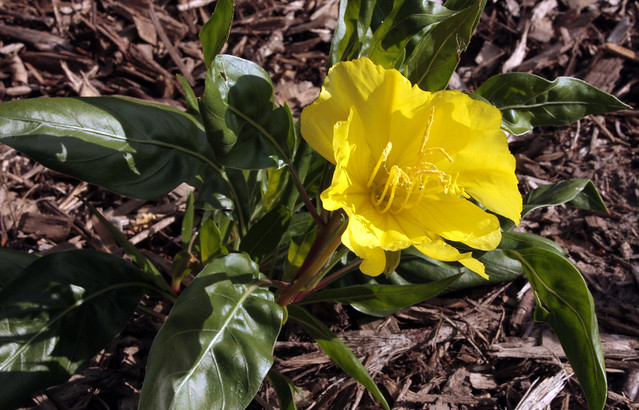 Dutchman’s breeches: This early-spring flower was planted in late 2014; nothing came up in 2015. 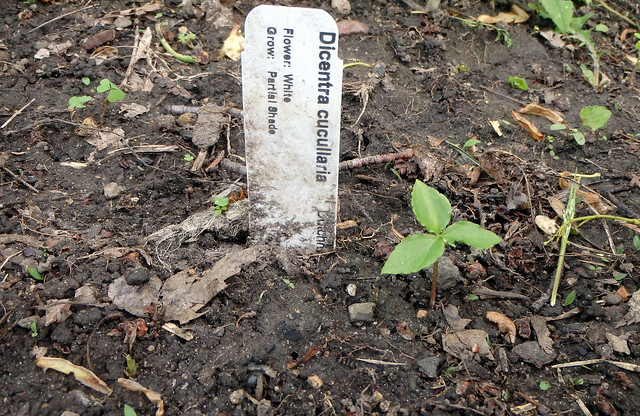 Cardinal flower was planted a couple years ago, but it’s never done more than this. 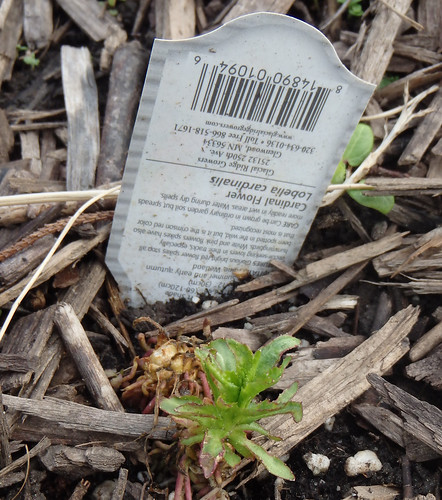 Blue-eyed grass: We’ve had mixed success with this one in the past; in fact, in 2014 I listed it as a failure in one location and a success in another. This year, the successful location disappeared too. (This photo is from 2014.) 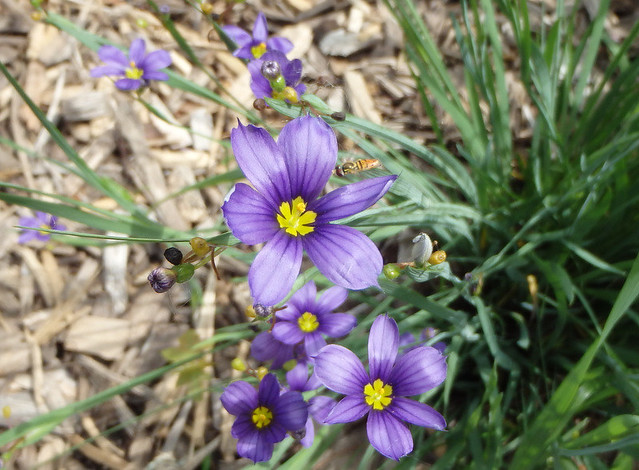 Still not getting much traction on native asters or New England asters. The native one did come back, though not anywhere close to its 2013 level, perhaps because giant hyssop seedlings are crowding it. 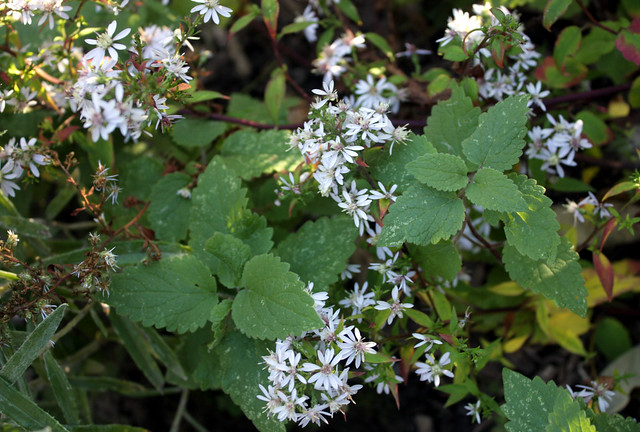 The New England divided plant came back decently in one location… 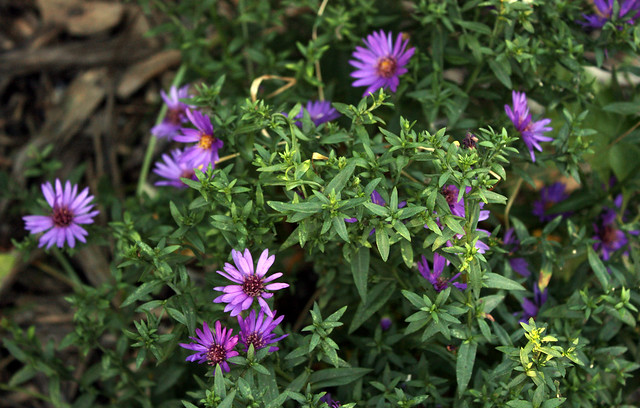 …and flamed out in another; will need to re-remove the grass from that location. 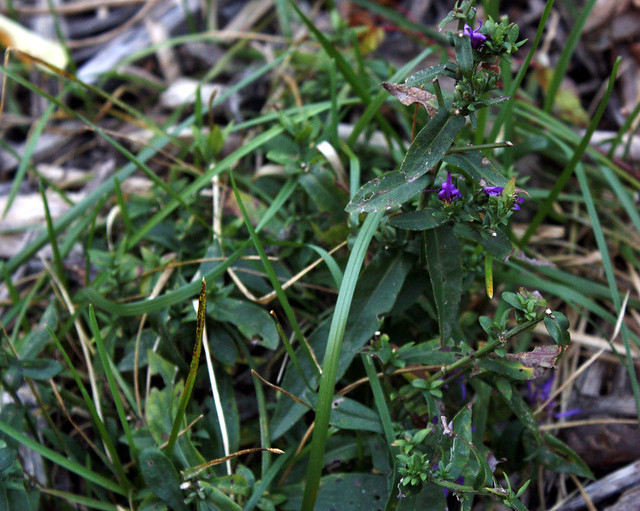 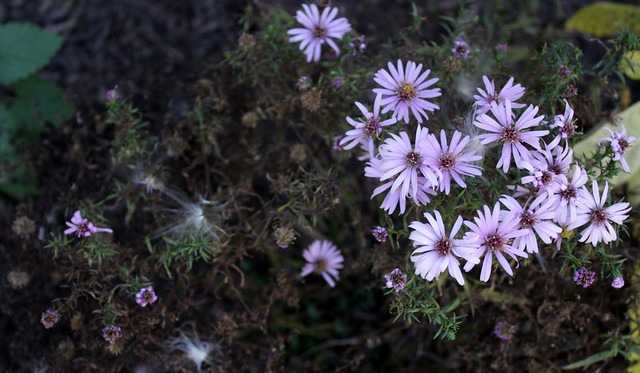 Hens-and-chicks: This was on the success list in 2014, when it bloomed for the first time. I put this on the failures list for 2015 because I think it disappeared. It was there in the spring, though smaller than in previous years, and then I never saw it again. When not blooming, it was nearly invisible against the woodchips, and I was always worried about accidentally stepping on it. It may be that it is still there and was hidden by another plant, likely the far-spreading geranium. (This photo is from 2013.) 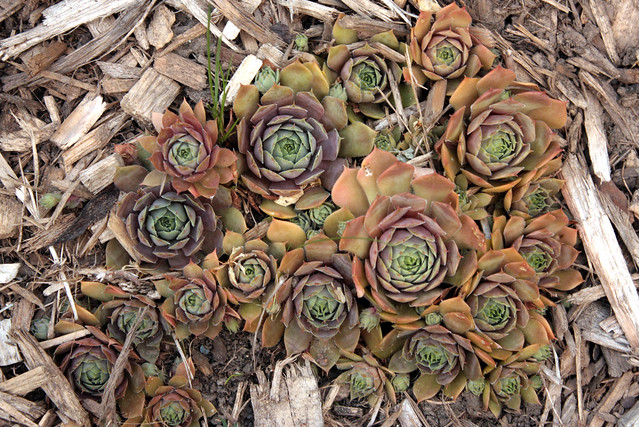 Our backyard “testing ground” had a lot of what I’m generically calling black-eyed susans, because I haven’t found a closer match yet. These were planted from a “seeds on a stick” mix from the DNR. (I wish I would have saved the label!) Some were fine, but some had green growths… and some were green flowers. 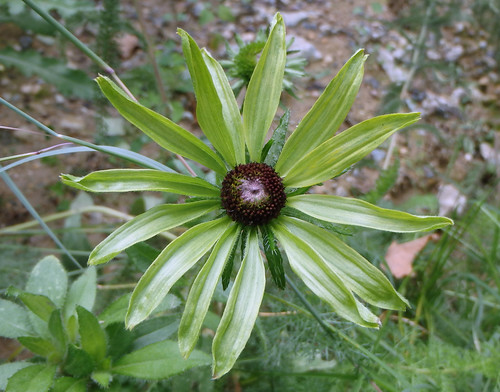 Seems to be aster yellows, which has no cure, so I pulled all of the affected plants. 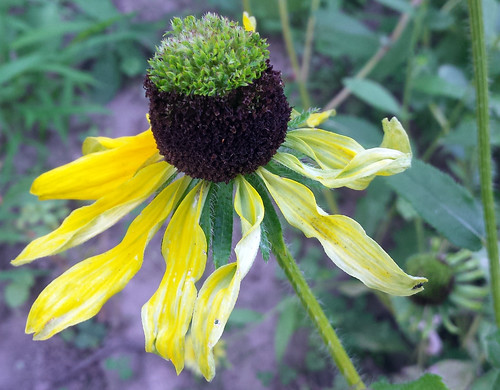 (In researching this disease I found images of affected coneflowers, and I have seen that – though not green – in our purple coneflower. Will need to check that one carefully this summer.)

Most disappointing flower of 2015: native coreopsis. It was growing so well and flowering just a few months after we bought a six-pack of plants late in 2014, I was sure that we would need to divide it at least once in 2015 – but it disappeared. We kept the spot free all year, just in case, but nothing appeared. 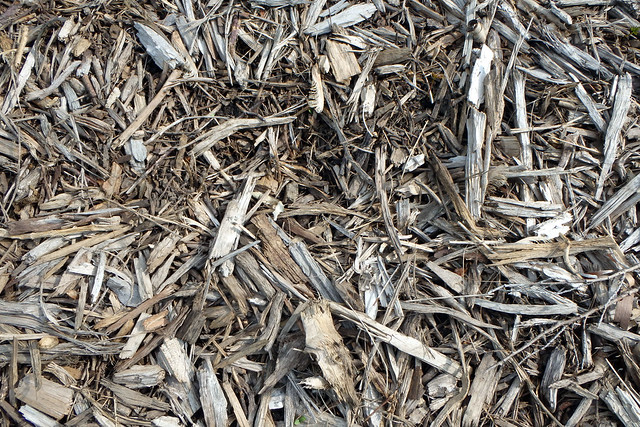 But there were many more successes than failures – and I’ll show those soon.