I’ve been meaning to take stock of our 2014 garden ever since the first snowfall put an end to the growing season, and with a new year underway, no time like the present. As much fun as I had enjoying flowers all season long, not everything went as planned. In addition to the squirrel damage were other issues:

The new blue-eyed grass, coral bells, and blazing star – each bought in 2013, including the coral bells at the Linder’s clearance – did not come back. 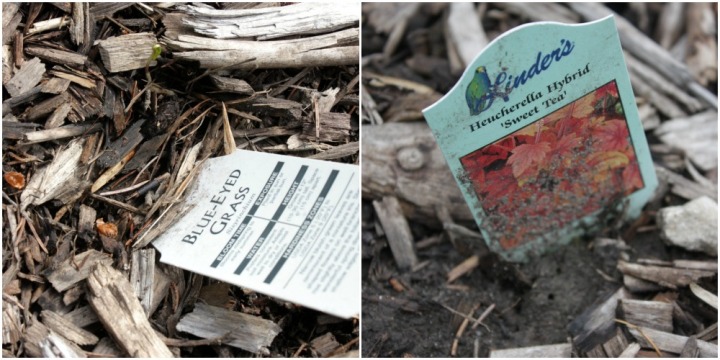 The two original pearly everlasting plants had grown so much by the end the previous year that we separated them into four before they bloomed in 2014. Each was hit by some type of insect or fungal problem that appeared devastating in the spring, though fortunately they all still flowered as if nothing had happened.

Our one volunteer milkweed plant had several damaged leaves, and it didn’t fully develop: it had only one cluster of very few flowers and stunted pods, so I pulled it before it seeded.

Prairie smoke is such a fun flower because of the feathery end to its growing cycle. However, only one flower reached that point this year. 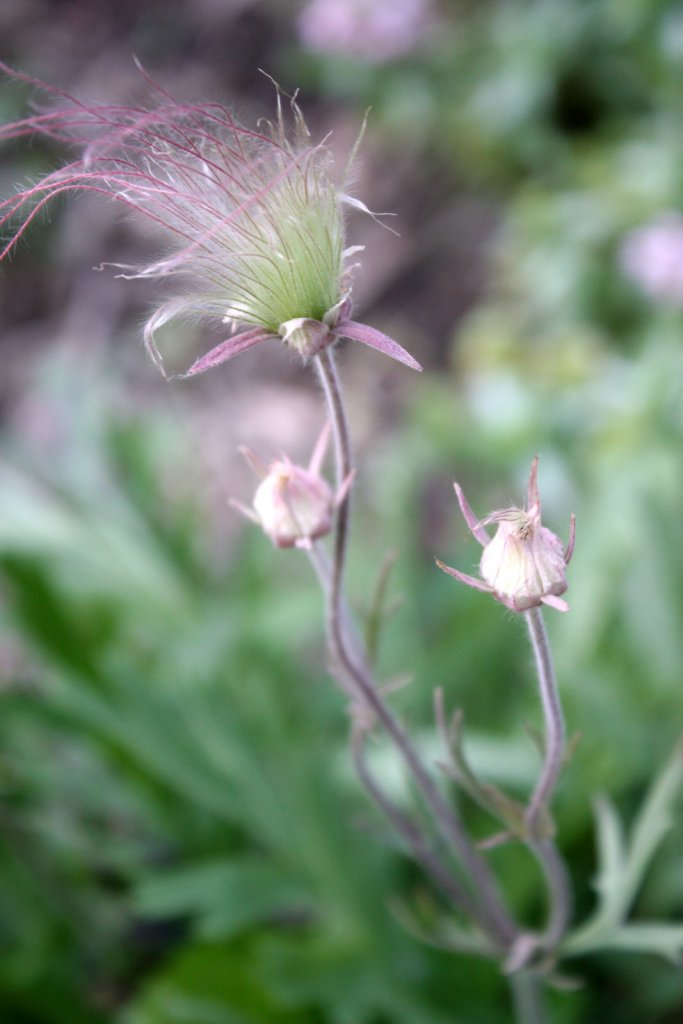 Similarly, our two birdhouse gourd plants fizzled. There were hundreds of baby gourds growing on the vines that were growing in every direction, including across the deck and up a chair, and even onto the roof! But one by one, they all molded…

…except one, which grew to a pretty good size and somehow avoided the squirrels and rabbits. Though when we finally brought it inside, it too soon developed brown and moldy spots and we had to throw it into the compost.

While we had success dividing the pearly everlasting, dividing the New England aster was a failure. I wanted to move it to a new location since it was getting crowded where it was originally planted, and we decided to split it in two in the process. But a promising start with lots of green leaves on both plants quickly faded into rotten stems and no flowers. What it should have looked like, compared to what it did:

Our pretty blue wood aster seemed to be on a good course – here’s what it should have looked like, and how it started:

But long before budding, it shriveled up and keeled over. Maybe there was too much rain at the beginning of the season? It did try to come back at the end of the summer, so there is hope it will return.

Fortunately, there were lots more successes than failures, and I’m excited to see how our garden will grow and change in 2015.