The robins are back! One decided to set up shop in our front yard. 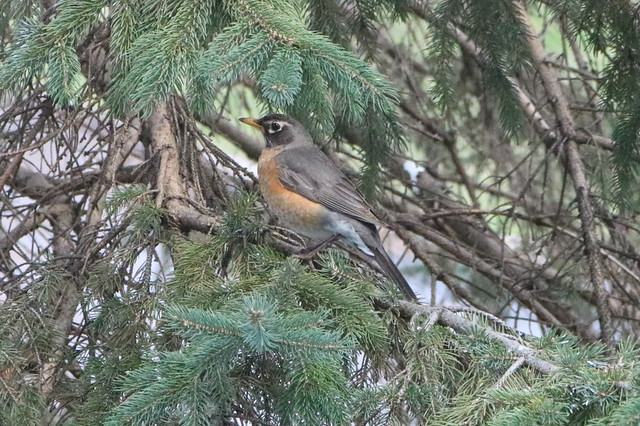 Last year, a pair of robins built a nest on the downspout and raised several babies, so I was excited that we might be able to observe that process again this year. But I haven’t seen that yet; instead, he has spent his time fighting an intruder in his territory. (I am assuming this robin is a male.) 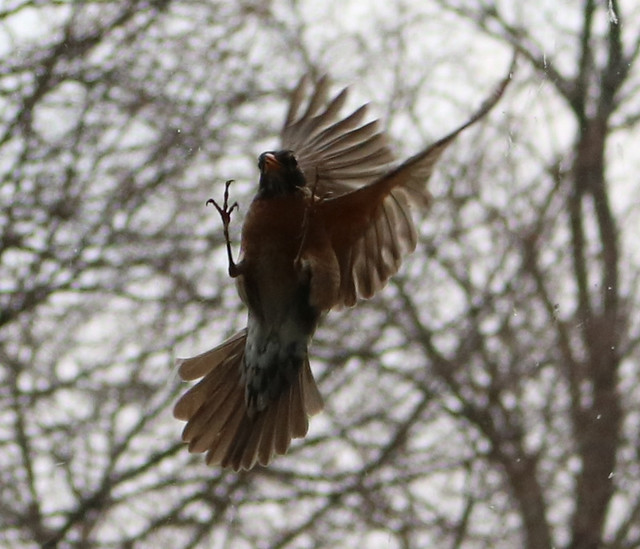 Except the other robin is just his own reflection in our front windows. 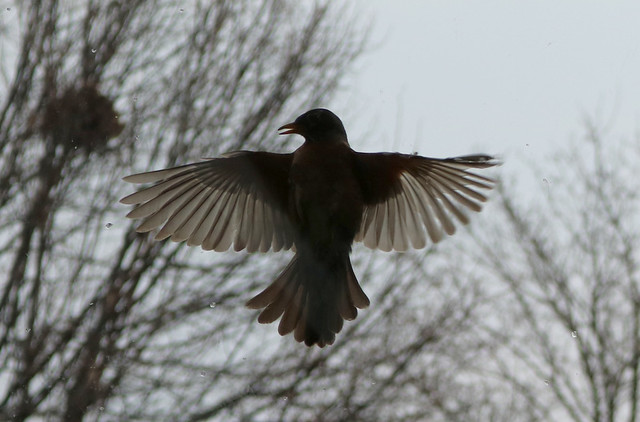 For several days in a row, rain or shine, for hours on end beginning at 6 am, he would watch the reflection from his spot in the tree, then move in closer and perch on a stick close to the window, then go in for the attack.

Each incident lasted from 2 to 5 seconds, and then he’d fly back to the pine tree and pause for a minute or two, then look both ways, then look straight at the window and start again.

The tree shows evidence of his presence. 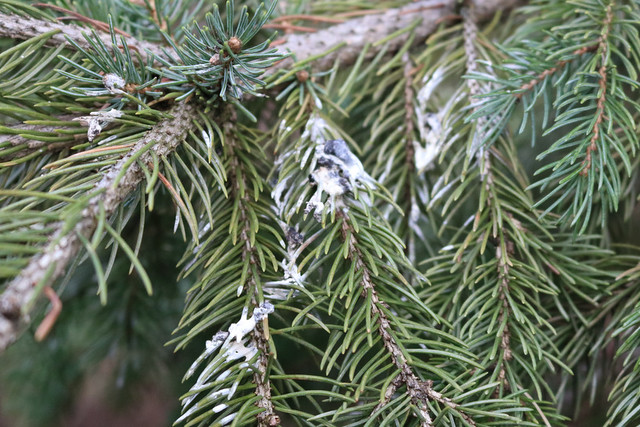 This wasn’t just playful; this was feet-up, claws-out wrestling — at least, as much as he can wrestle with a window. 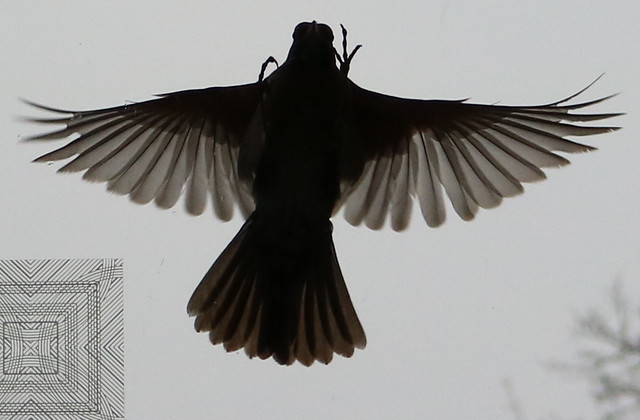 Nothing we did to dissuade him worked for the long term. Not putting up more anti-bird-strike stickers, not putting up shiny metal tape, not hanging a screen, not shooing him away from the inside or outside. 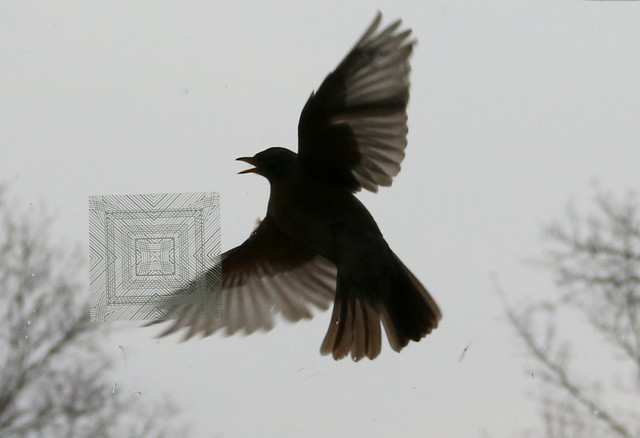 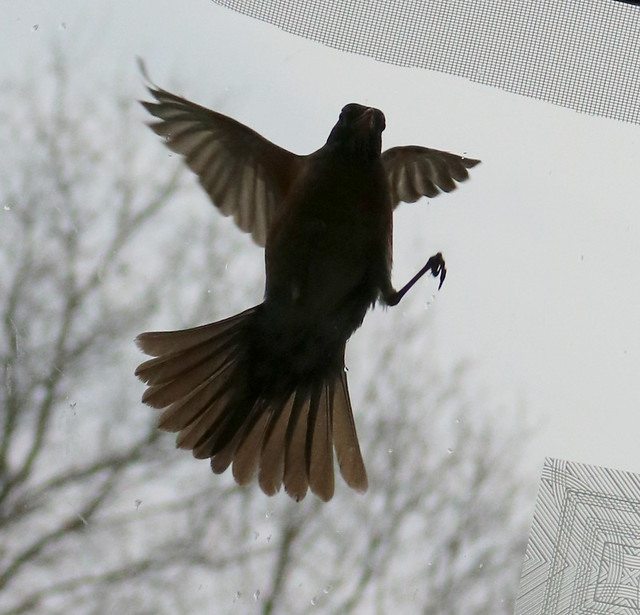 and buzzing by repeatedly. 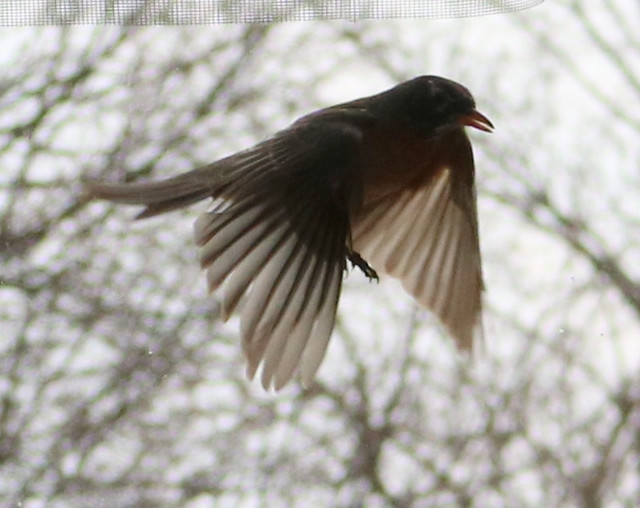 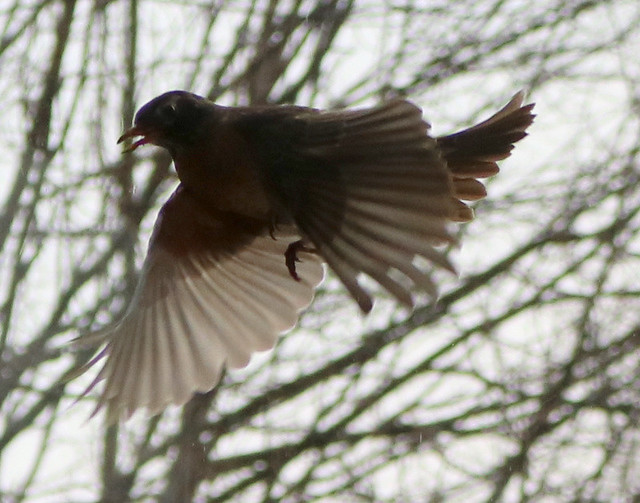 Finally, one day the constant attacks stopped. I imagined he must have admitted to his rival, “You are a worthy opponent.” He’s still around, and every now and then he’ll attack the window-robin once, but that’s it. And on Sunday we saw (and heard) a real skirmish: a robin flew super-fast into the tree and apparently dislodged another bird; they wrestled and screeched in midair, and one flew away. 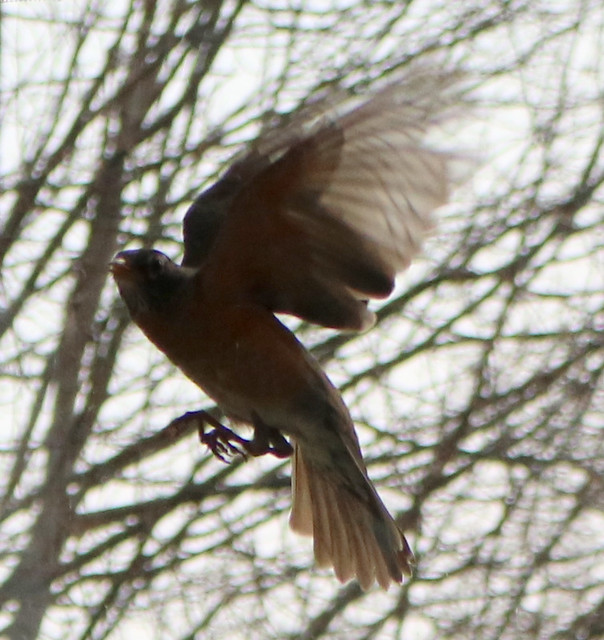 But mostly now he just watches his territory without incident. So far, I haven’t seen a nest; maybe he hasn’t had time to find a mate, what with him being so busy patrolling and all. 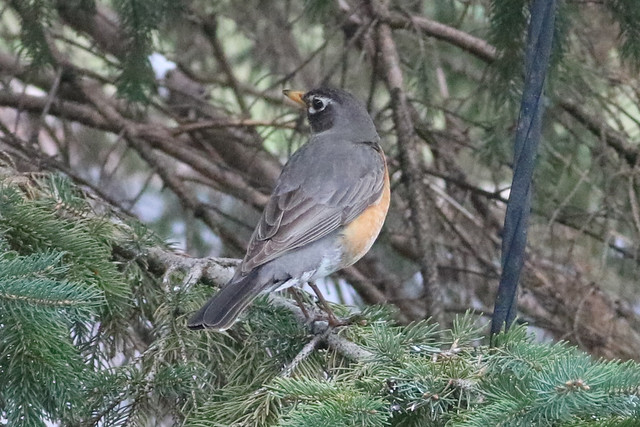 Learn more about this behavior