After the warm spell in February, it returned to more seasonal weather and even snowed a bit. The snow didn’t last long, and then we were in a long stretch of the awkward time period when it was still cold but not quite winter and not yet spring. I was pretty jealous of all of my Instagram friends’ posts of early-spring blooms, when everything was still completely brown in my yard. 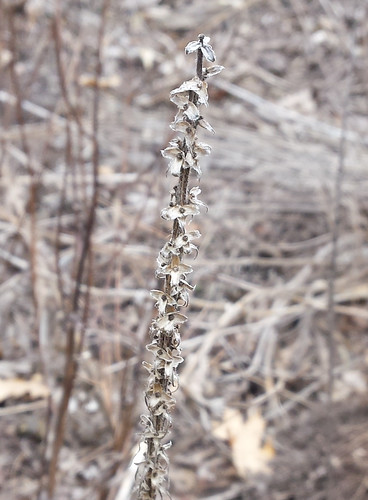 Then one night it rained, and suddenly there was a small patch of pearly everlasting and what I assume to be Canada goldenrods. 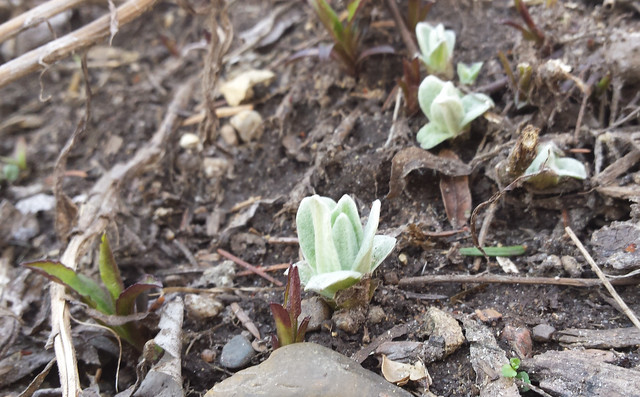 (In the two weeks since, these have multiplied.) 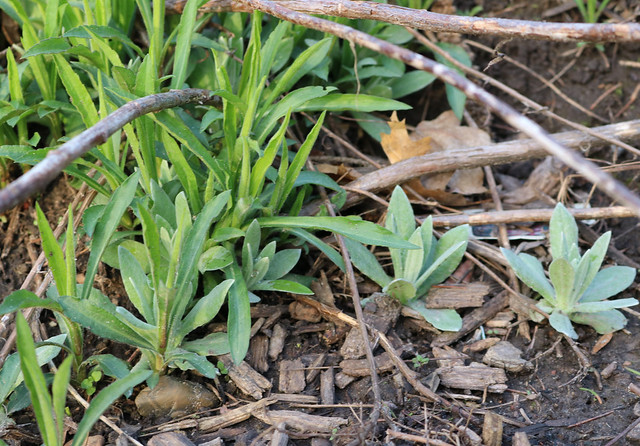 I traveled to the backyard and when brushing away the leaf layer, I found spring beauty leaves that were growing unnoticed. 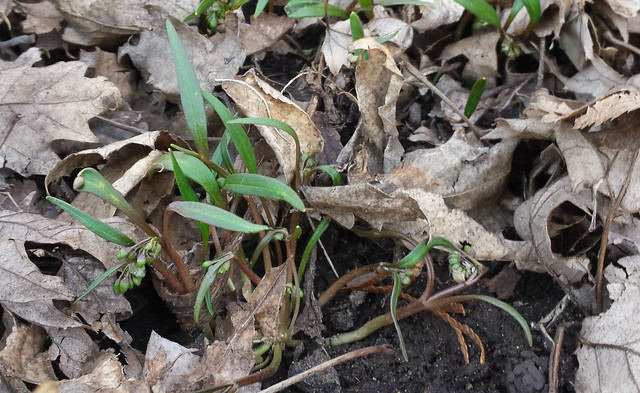 And lots and lots of violets, which are taking over the woodland garden — proving once again that just because a flower is native, it doesn’t mean that it’s desired everywhere. 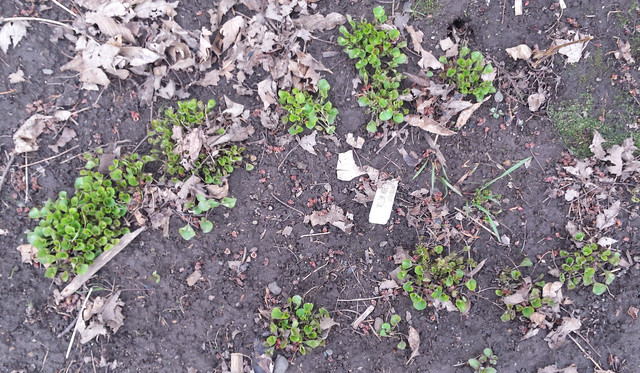 Since I’m still waiting on blooms in my own garden, I headed to Eloise Butler’s garden on April 8 to see some. Things seemed to be a week behind where they were last year. First, hepatica: 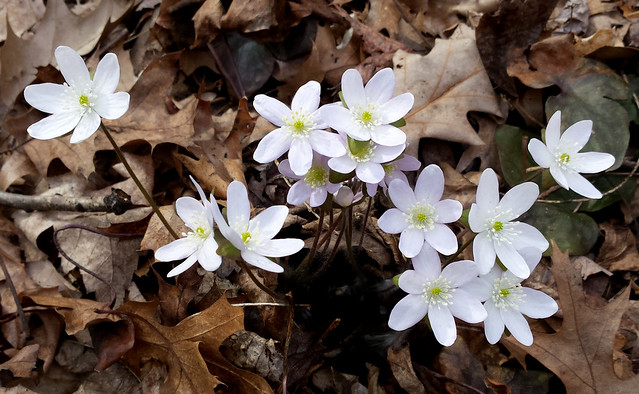 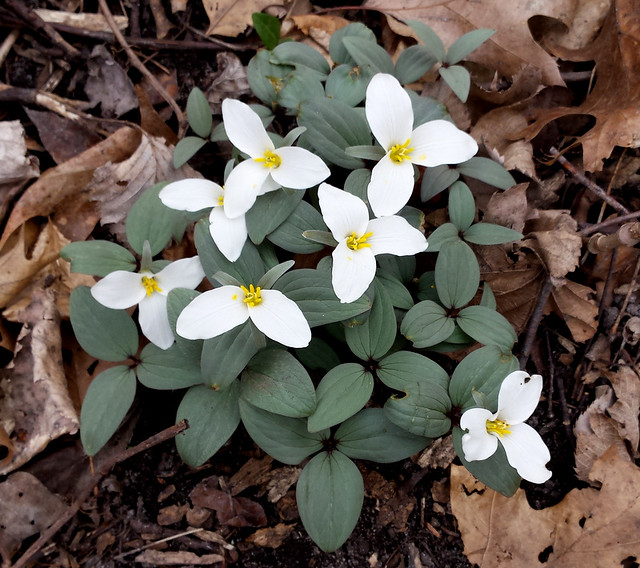 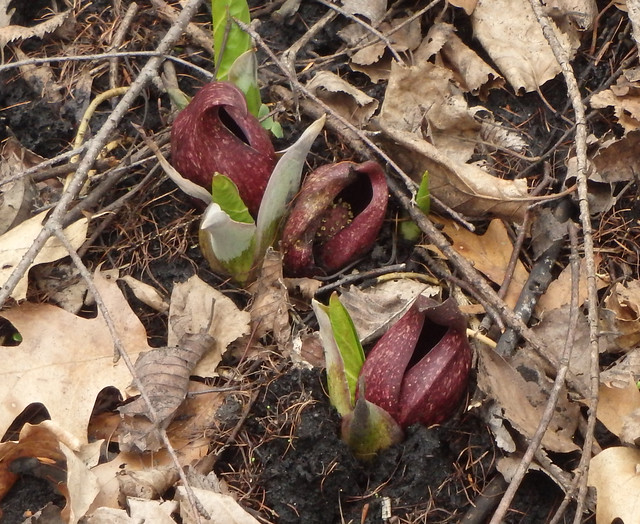 When I got home, when I was still in the car in the driveway, I saw my first butterfly of the season, a red admiral. (But I scared it off before I could get close enough for a photo.) Later that evening, in the woodland garden, I saw one ant, three worms, and unfortunately, two mosquitoes. A full, 70-degree day.

Just three days later, it snowed, showing how fickle spring can be. Of course, it all melted within hours. 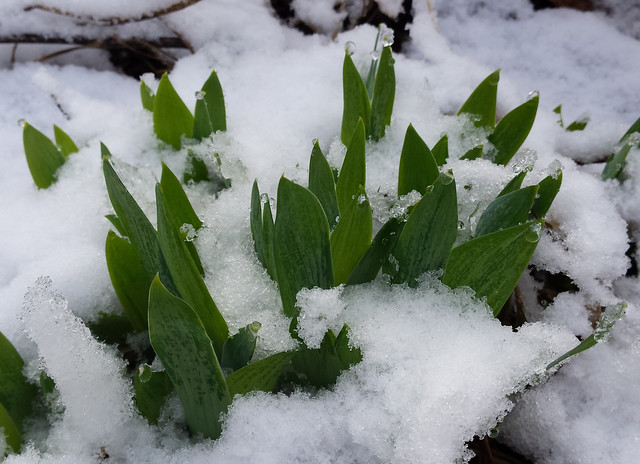 The plants that were emerging in February seem to be okay now, if not quite normal. They’re growing around last year’s stems, which are still in place. I won’t remove them until it gets a little warmer, just in case insects are still hibernating.

Here’s sedum; I think the smaller, purply leaves are the February ones that have been stunted, while the bigger ones are new. And the middle of this plant seems to be digging itself up. 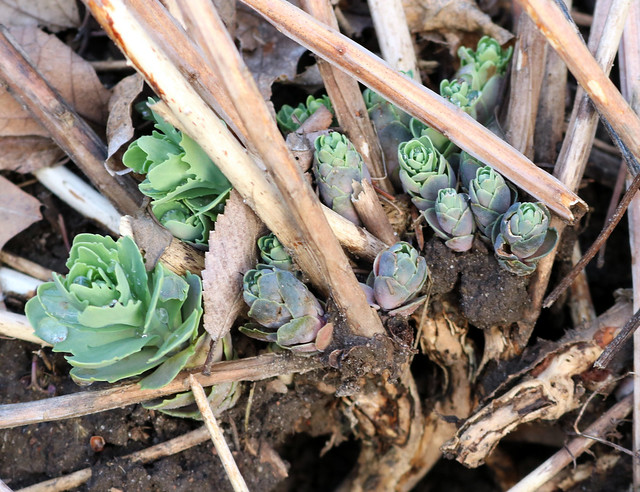 The pink turtlehead is fine… 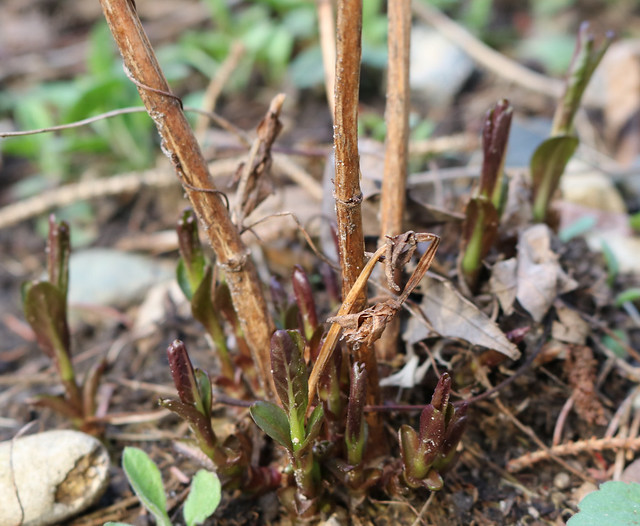 and the white one is finally growing after taking awhile to get started, almost as if it were nervous to start growing in case the temperatures plummeted again. 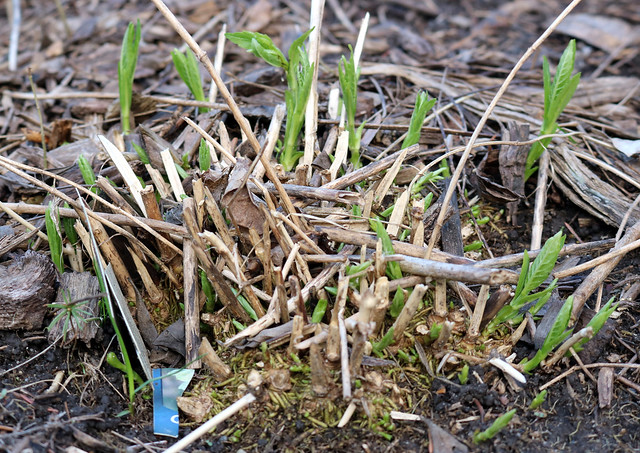 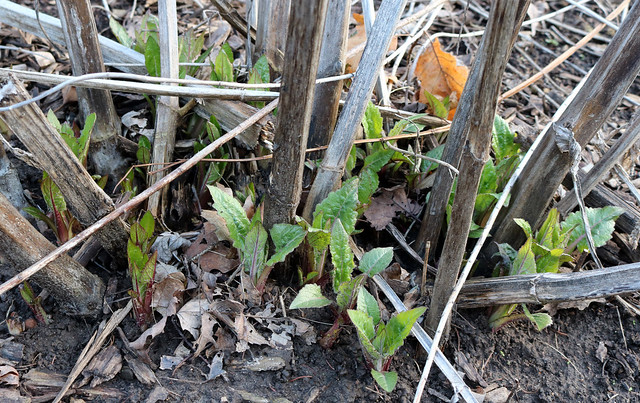 One night I saw a bat fluttering around in the twilight, swooping back-and-forth and up-and-down in front of my window for about 10 minutes until it got too dark for me to see it anymore. Birds have showed up, too, such as goldfinches and robins.

With all the rain this week and warm temperatures forecast for the weekend, we’re about to see an explosion of plant growth. Looks like hepatica might be the first one to bloom — and I’m thrilled to finally see so many of these buds, since in past years there were only one or two. (Spring beauty is getting close to opening, too.) 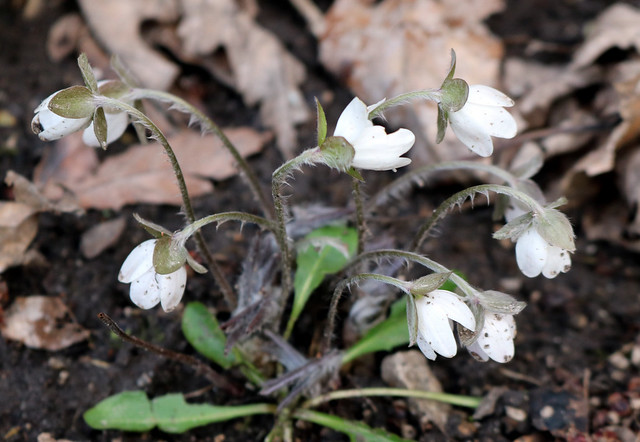 I’ve wanted to create a list of all the plants in my garden for several years, and the time is now. I’m recording them as they appear this season.