When I hear the term “spring babies,” I usually think of lambs, chicks, and piglets on a farm. Our yard has hundreds of baby plants this spring – flowers spreading beyond their original locations. 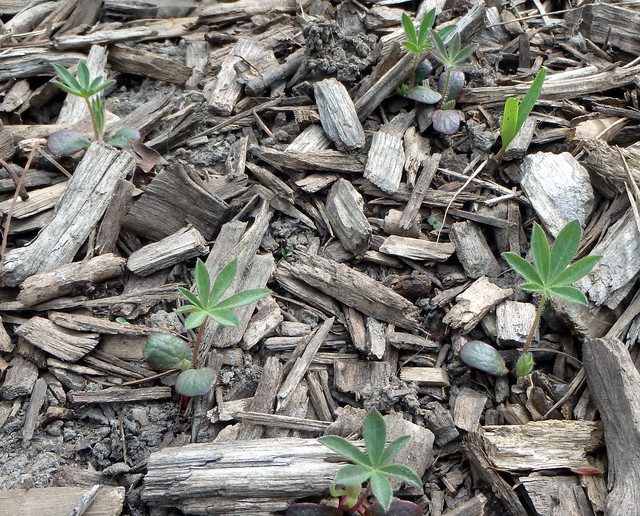 The pearly everlasting is creeping earlier than expected. What started as two small pots two years ago has expanded exponentially. Last year we divided the original clump into four, and this year all four are bigger – with offshoots in about 15 additional spots within 15 feet of the original. It’ll be fun to see them blooming, but I will need to trim them before they go to seed this fall so the entire garden isn’t pearly everlasting next year.

Star of beauty: a perfect example of a third-year creeper. If I am remembering correctly, this one was planted in the fall of 2011. It has looked nice every year and has produced lots seeds, but it didn’t spread. Until now. I’m letting most of them grow around the “mother” plant, though I moved some to a second location. I will need to thin them out further because all of those little green shoots in the upper left corner are star of beauty, too. 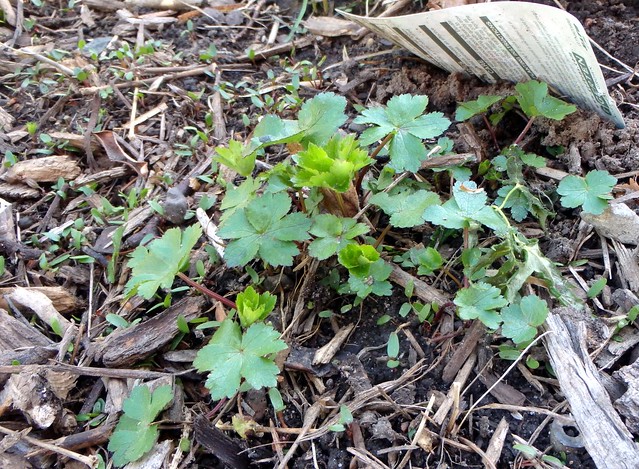 Tall sunflower: Last year’s seven or so stems are now about seventy. I’ve already divided it twice and moved the extras to two other locations, and there are still way too many for this one spot. 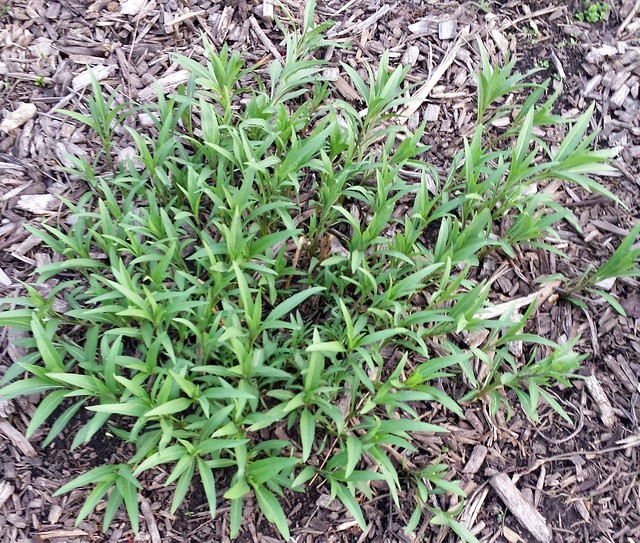 Lupine: there are dozens of these little “palm trees” all over the front garden. 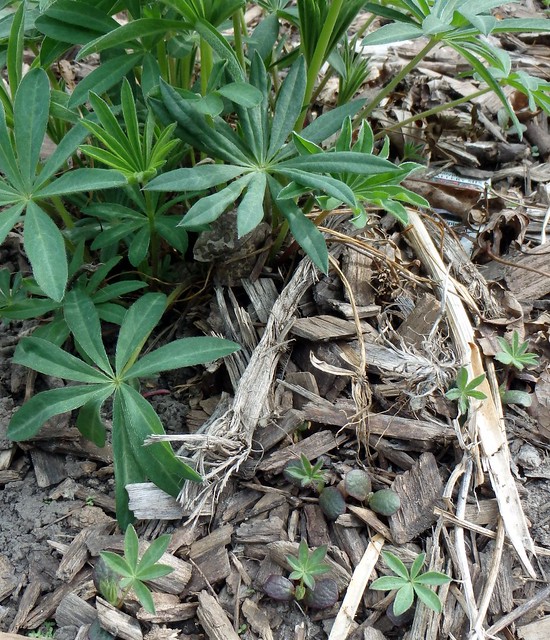 Yellow coneflower is spreading rapidly near the main plant – even in the driveway, and taking over the candytuft.

I could spend an entire day pulling out the many tree seedlings: 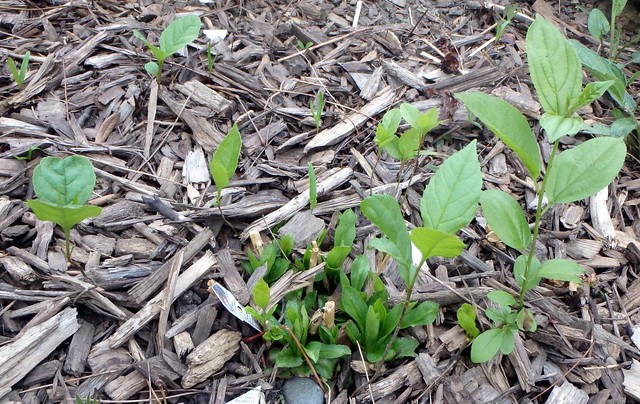 I generally have an “innocent until proven guilty” policy with plants: I’ll let them grow until I identify that they’re weeds. There are so many of these growing in a spot where I planted blue vervain seeds last fall that I first thought that’s what they were. But they’re already flowering at their very short height, so I’m afraid they’re not blue vervain after all. It will be a big task to pull hundreds of these seedlings, if I can’t identify them soon. 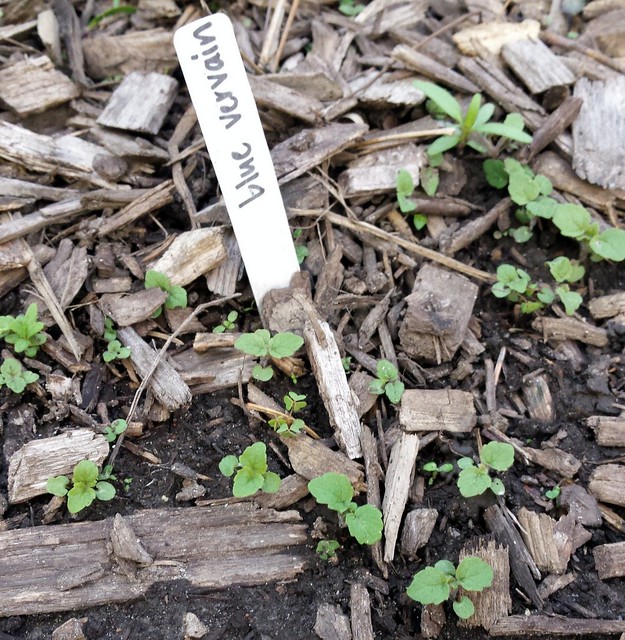 Back to the wanted flowers. Hollyhocks make me happy, and it looks like there will be a lot of new ones this year. 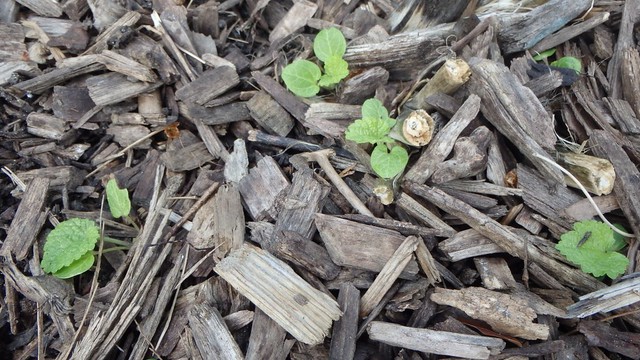 Snowdrop anemone: I liked this plant so much that I bought a second one last year. The older one, near the front door, has tripled in size. And a seed head must have flown to a far corner last fall because there are dozens of babies growing all around the false indigo.

Milkweed: I didn’t intentionally plant these; they were a happy result of last year’s three (supposedly failed) milkweeds. It looked so bad that I pulled it before it seeded – or so I thought. At last count, there are 35 new plants, with more popping up pretty much every day. Unfortunately they don’t transplant well, or I would move several to other locations around the yard. Hopefully the monarchs find them. 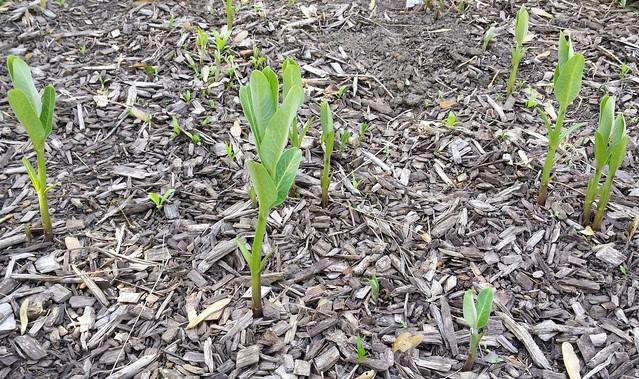