On July 13 in the mass of black-eyed susans, I spotted more than a dozen different kinds of insects. The coolest was this one, which I believe is a camouflaged looper inchworm. Its destiny was to turn into a wavy-lined emerald moth. 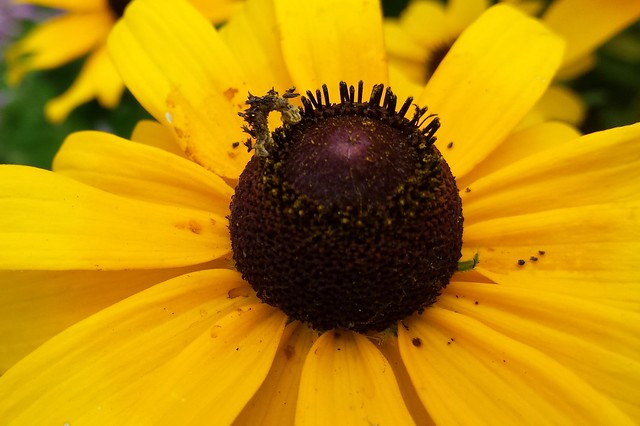 This caterpillar chews off parts of plants and then attaches them to itself as a disguise. 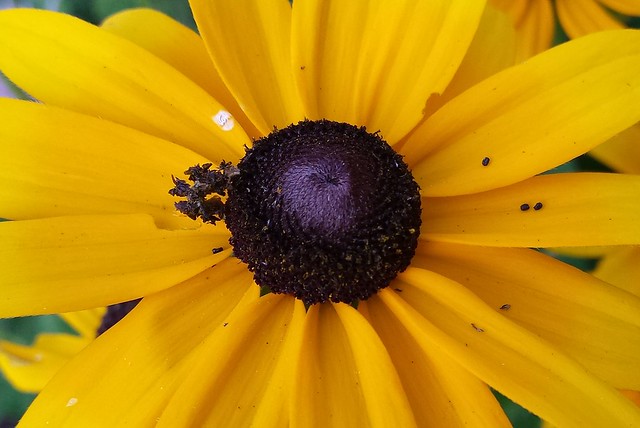 It was concealed so well against the flower’s dark-brown center disk, I’m not sure how I even spotted it at first! 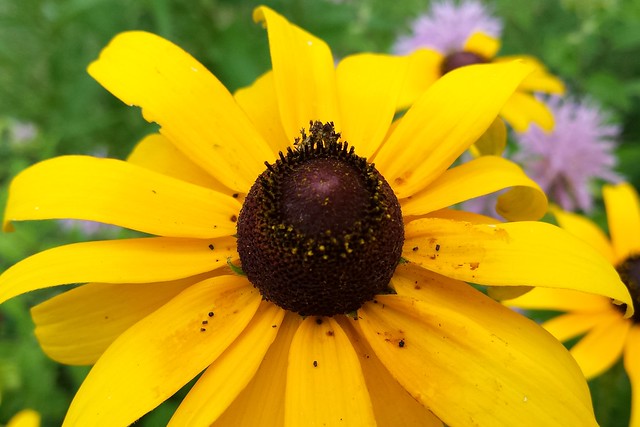 Though after I saw it once, I could easily find it again later the same day, and even the next day. (The accumulating quantity of frass also helped locate it.) 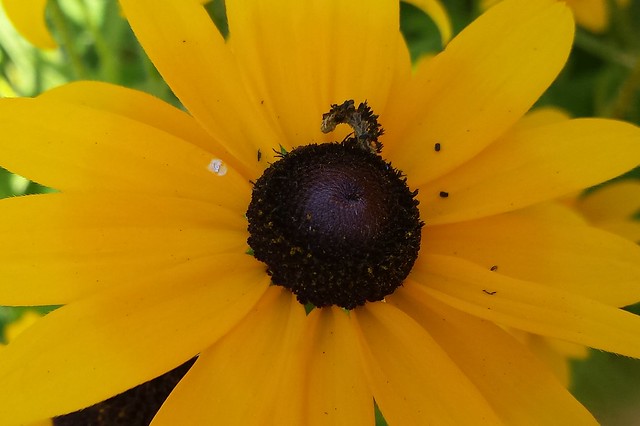 Making its way around the ring of tiny flowers in the center disk of the black-eyed susan: 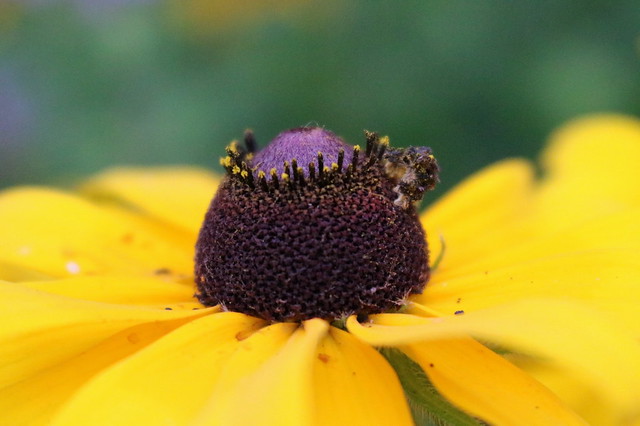 Almost finished the next day: 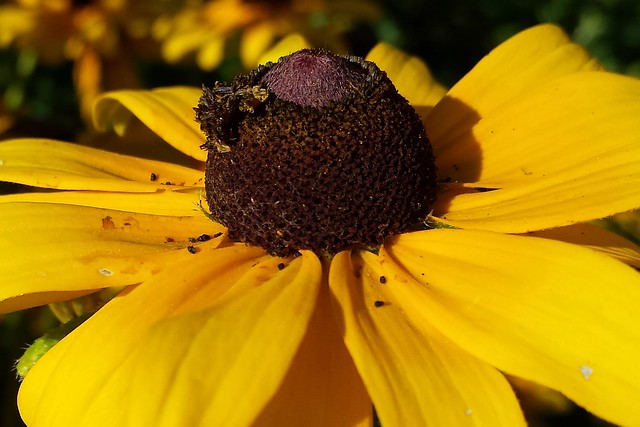 I saw it crawling around a bit but unfortunately didn’t get to see any of the actual “gluing.”

I kept checking back for this inchworm every day for a week and saw it many more times. 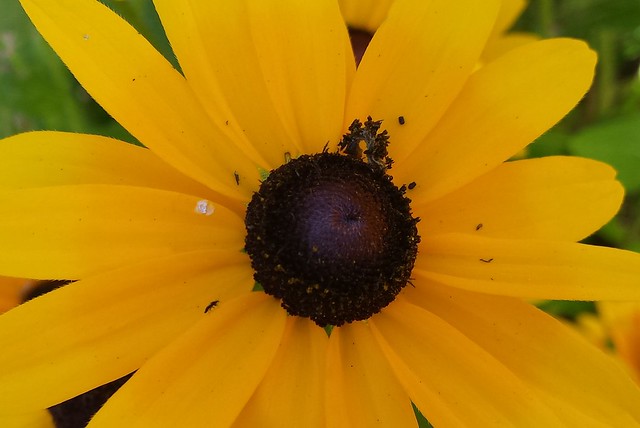 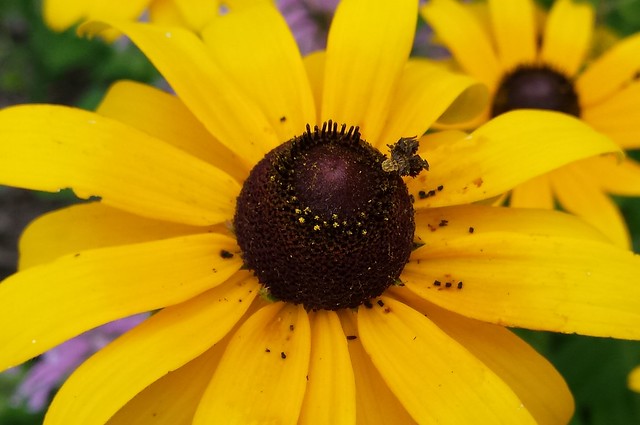 Sometimes it was resting on a petal, and in these cases it looked nothing like a caterpillar. 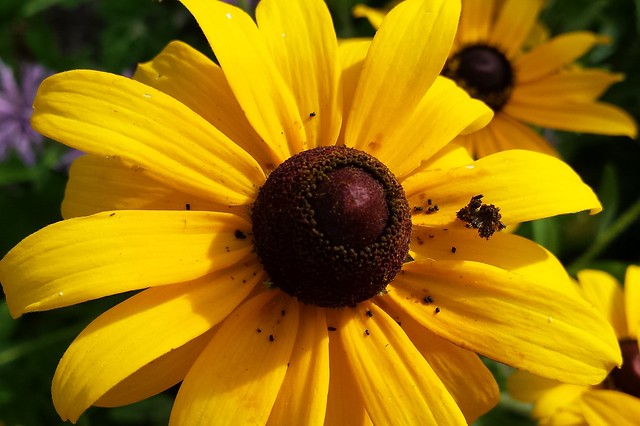 Once I thought it was gone, but then found it again on a nearby flower. This time it looked different after it apparently re-covered itself with new material. 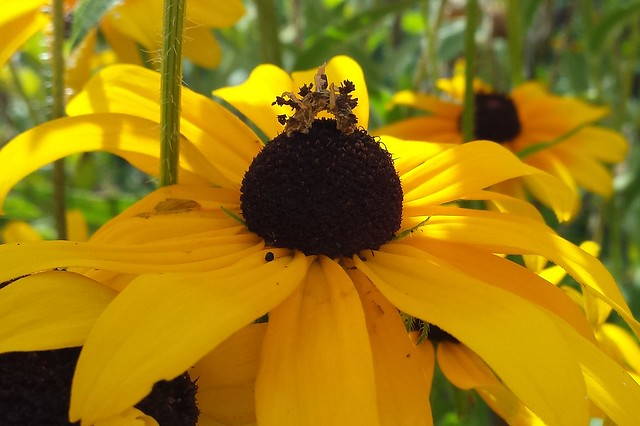 And this time I saw it eating the petals, too. 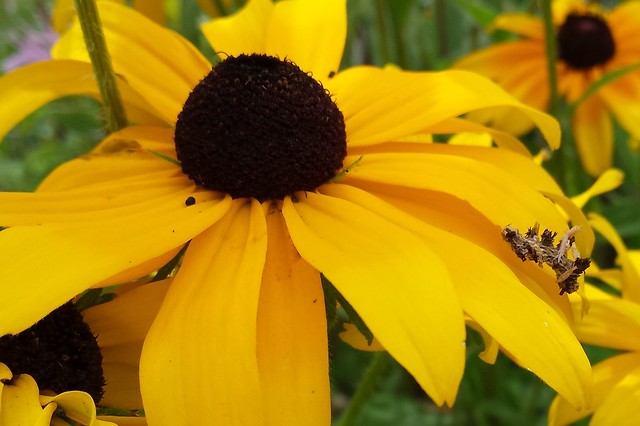 But after that, I didn’t see it anymore. Hopefully it made its way safely to its next stage as a cocoon.