After a disappointing monarch season in 2016, I was thrilled to find many eggs and caterpillars in my yard in 2017. Some became temporary “inside” monarchs when I brought eggs indoors to raise the caterpillars and then release them outside as butterflies. 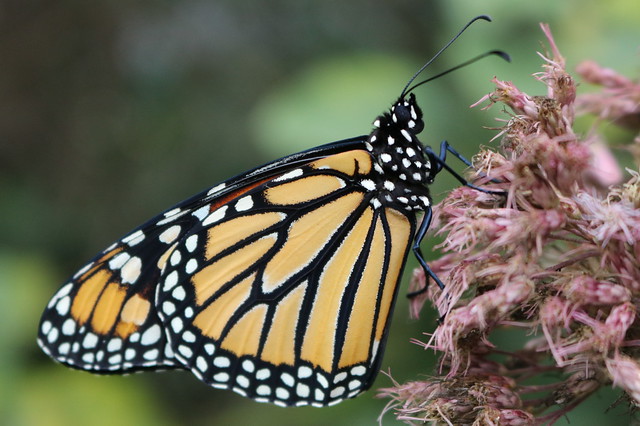 After seeing a monarch lay a dozen eggs at the end of May, and then finding many more eggs in the yard on the butterfly weed and on the common milkweed, I wanted to bring a few inside to watch them grow. 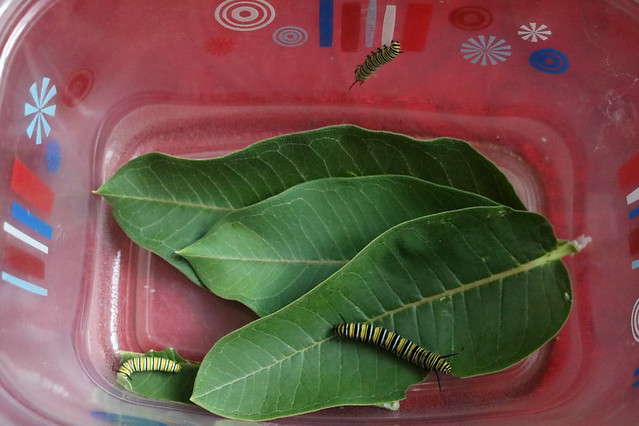 But wouldn’t you know that after weeks of my tending to the three caterpillars, and days of watching the chrysalises, they decided to wait to emerge until I was out of town? Fortunately I have a Butterfly Buddy who was more than happy to take the chrysalises… 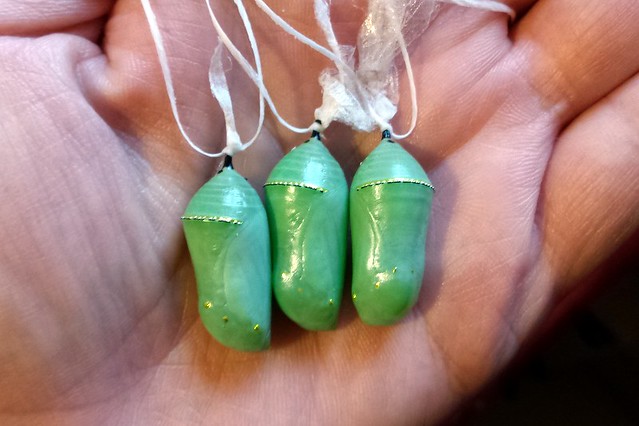 …and send me updates on the three beautiful butterflies!

After that adventure, I took a break from raising caterpillars during the busy-ness of the summer. There was plenty of monarch activity in the garden during that time, which I will detail soon. I waited until after a five-day family reunion to begin again, and on August 7, I collected eight monarch eggs — then figured that was enough! Four of them had already hatched by the next morning. Not sure where two of the caterpillars are in this photo: 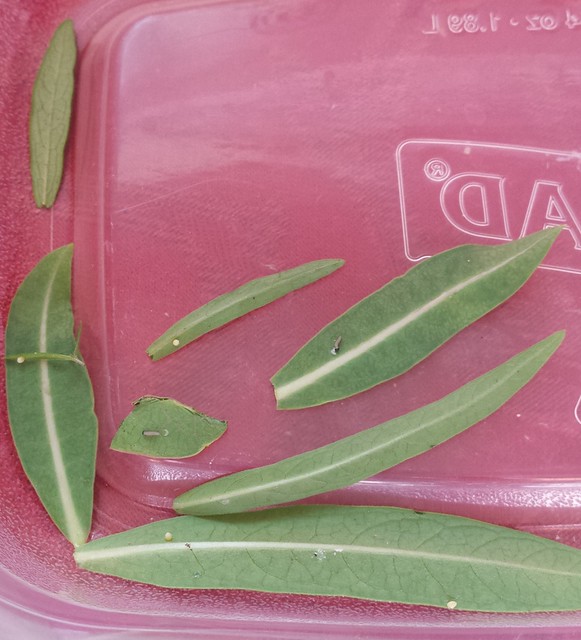 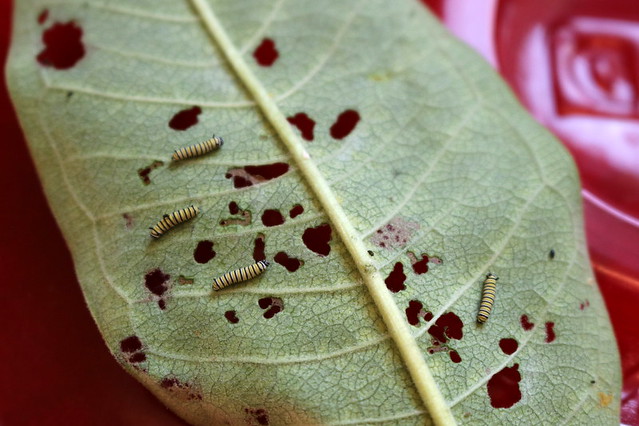 It was during this period that one of the caterpillars met a sad end when I wasn’t paying enough attention while cleaning the cage and grabbed a leaf exactly at the spot where it was sitting on the other side. I tried to console myself by noting that this one was much smaller than the others and not progressing well anyway, but it still was my fault. 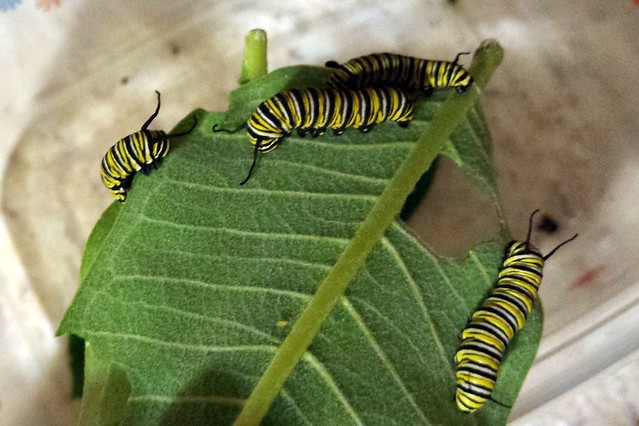 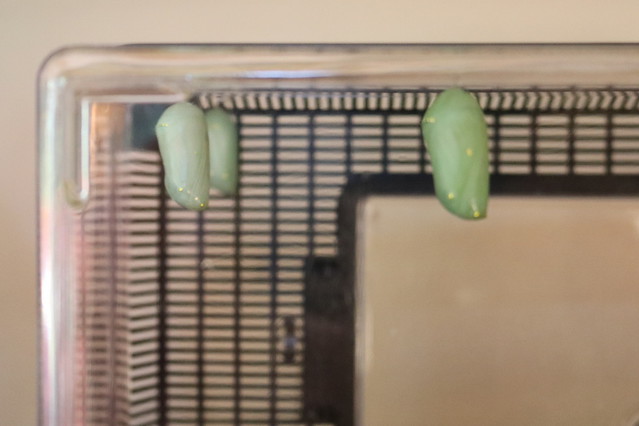 In the midst of the raising of this group, on August 23, I found this newly hatched monarch caterpillar when checking out the progress of the front garden. (Good thing the common milkweed was still kicking out new leaves.) 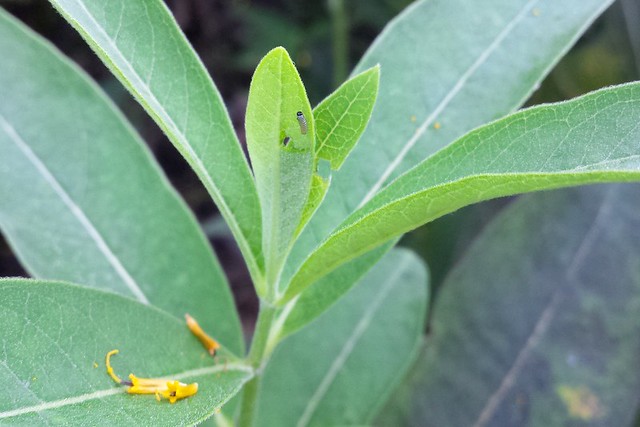 August 30: My first release of the season! 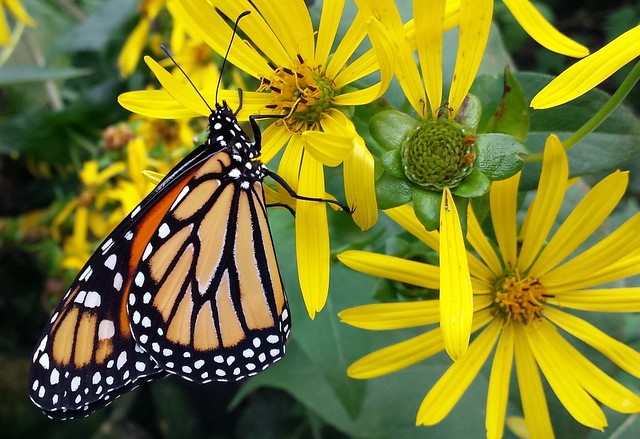 A watched chrysalis never opens. Isn’t that how the saying goes? Even though there were three chrysalises like this on Sept. 1, I didn’t see any of them open! 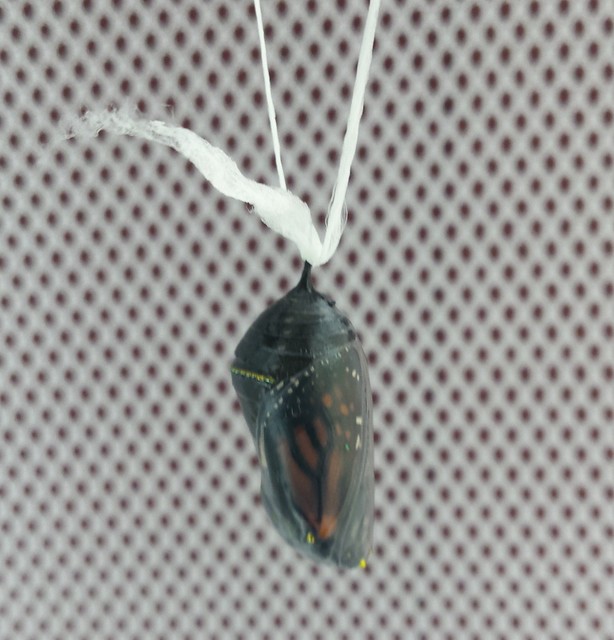 But it was an exciting day, anyway, when the “three sisters” all hung out with me in the garden for the afternoon: 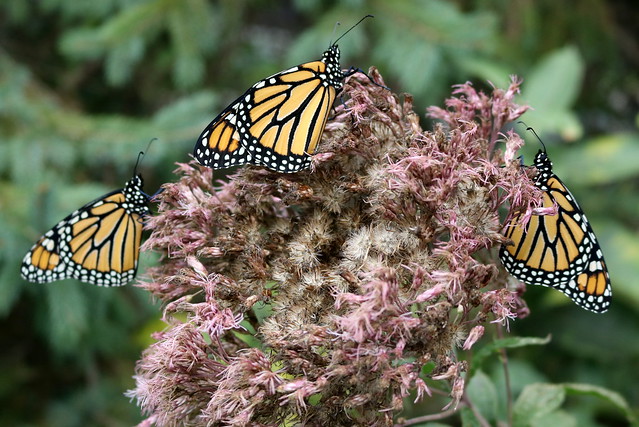 This one starred in a video chat with my nieces and nephew:

The next day, one emerged: 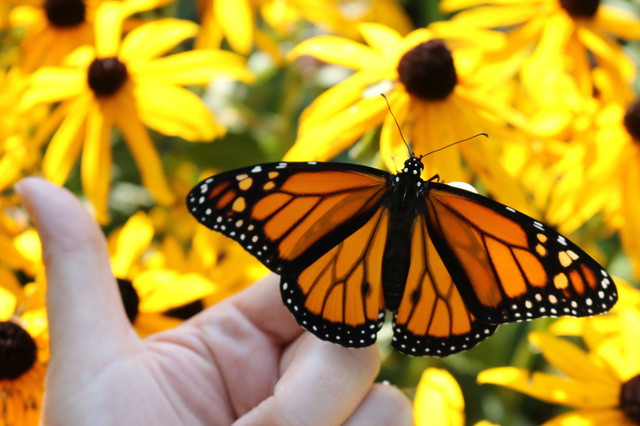 Two more were nearly ready that day, but in unfortunate timing, we were planning to leave for a weeklong trip the next day. This time I hadn’t planned ahead enough to pass them off to my Butterfly Buddy, maybe because I had optimistically thought they would have emerged sooner. So I did the next-best thing and tied the chrysalises to joe-pye weed plants so they could eclose outside and fly off on their own.

Luckily for me, one of them did emerge before we left, as I was waiting impatiently but not impatiently enough to pay close enough attention, and it was almost all the way out before I noticed. I’m always surprised at how quiet this process is; I was standing right there and didn’t hear a thing. 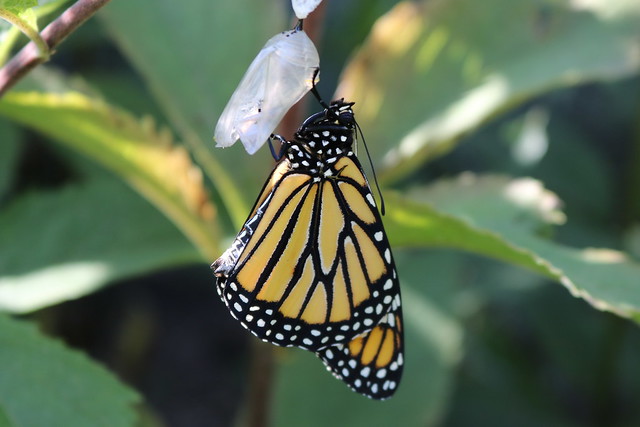 The other one apparently emerged safely, since we found an empty chrysalis when we returned.

Before the trip, I needed to release a caterpillar into the wild, too: the single one I found in late August. It was close to being big enough to transform into a chrysalis, but not close enough: 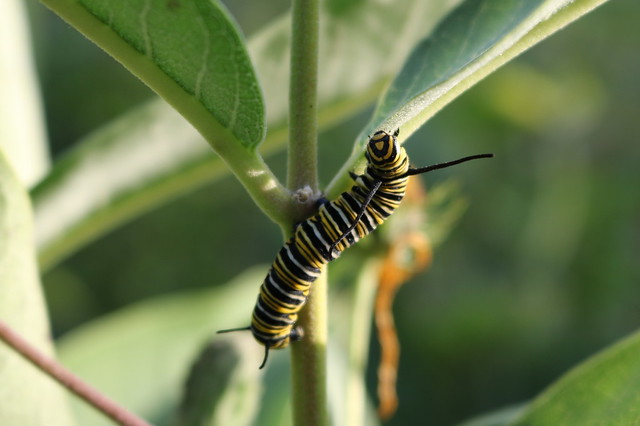 There’s no way that six days later I would find a caterpillar that had been that large, still in caterpillar form. But it was an odd coincidence to find a fully-grown caterpillar in the same area the night we returned: 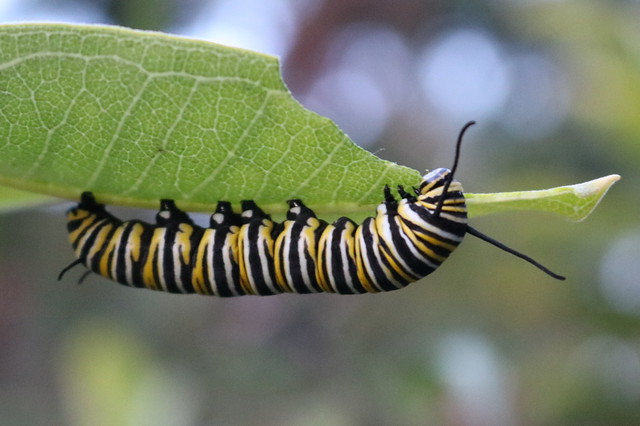 Of course, I brought this one inside, too, and a day and a half later, it transformed: 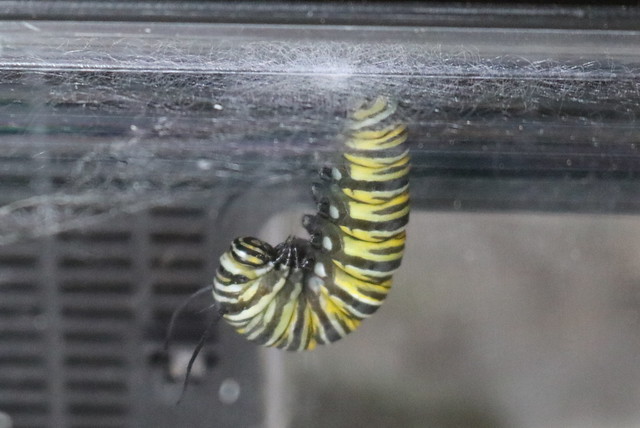 On the autumnal equinox, he became my last butterfly of the season. 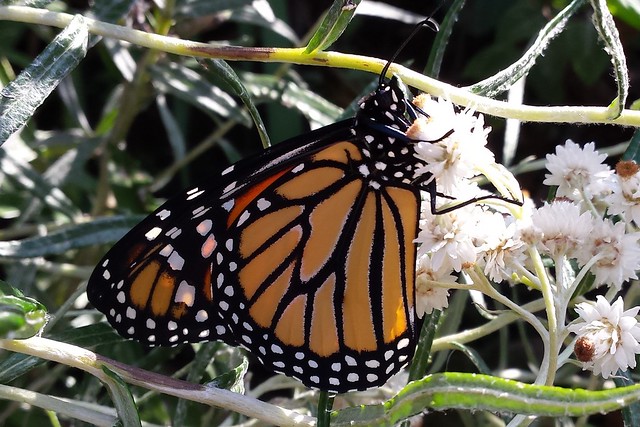 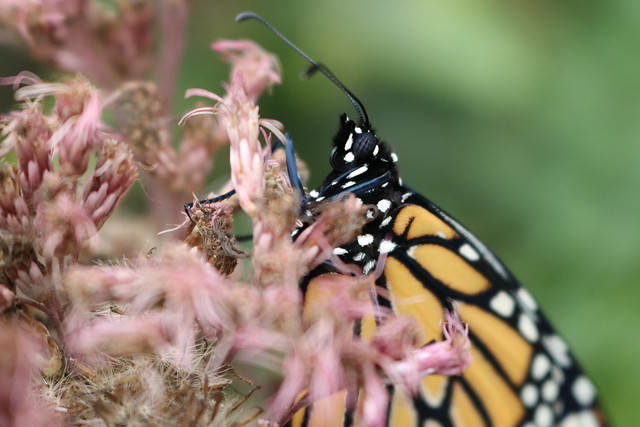 More about my monarch-raising adventures