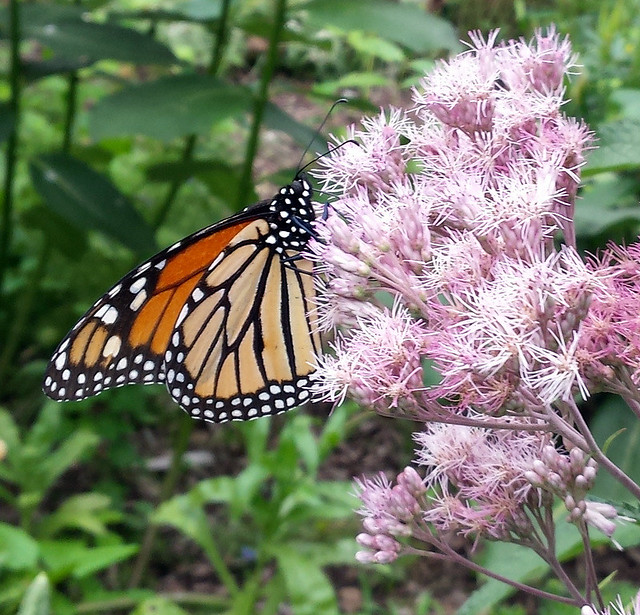 Last month everyone was excited to hear that the overwintering monarch population in Mexico more than tripled over the previous year. As we now wait for news about the fate of butterflies who were caught in the winter storm in Mexico, I’ll look at other butterflies because I’ve already extensively noted our monarch activity (inside and outside) from last summer.

Here’s a phenomenon I noticed in previous years: pearly everlasting plants that appear to be damaged by fungus or insects. 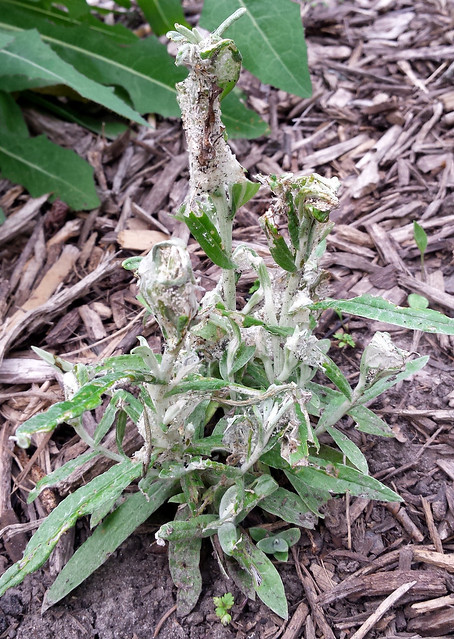 This year I looked closer and discovered that the white “fungus” was instead nests for caterpillars. Our four large clumps of hundreds of flowers were each covered in webs that protect American lady caterpillars. 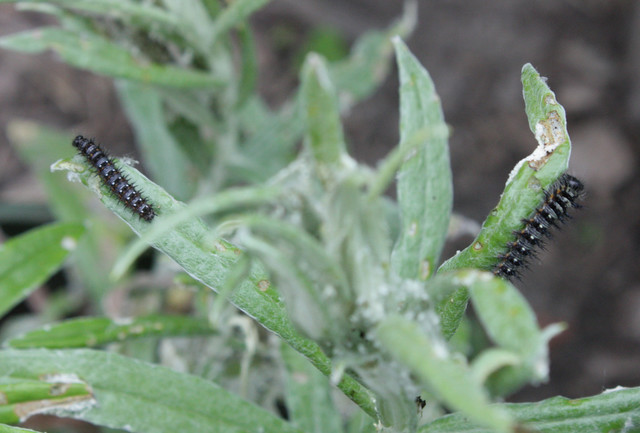 This went on for several weeks, with the caterpillars getting larger and larger, but one day I noticed that there weren’t any more caterpillars around – and this was the only butterfly I saw: 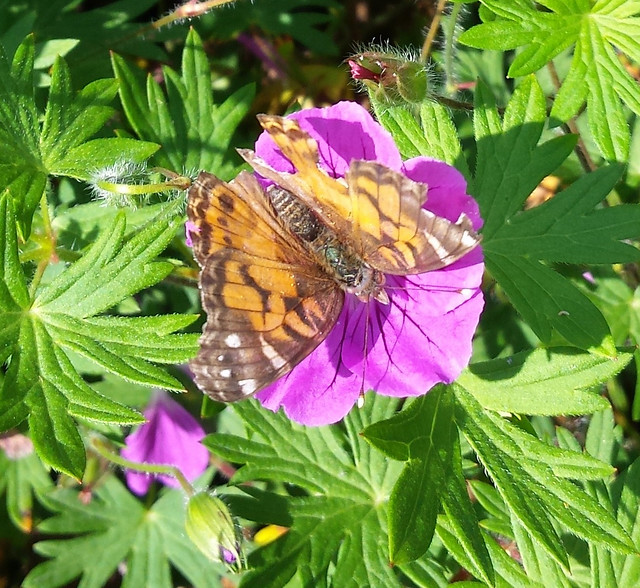 I went back-and-forth about this one: is it a question mark butterfly or a comma butterfly? I said “question mark” when I saw it on July 8: 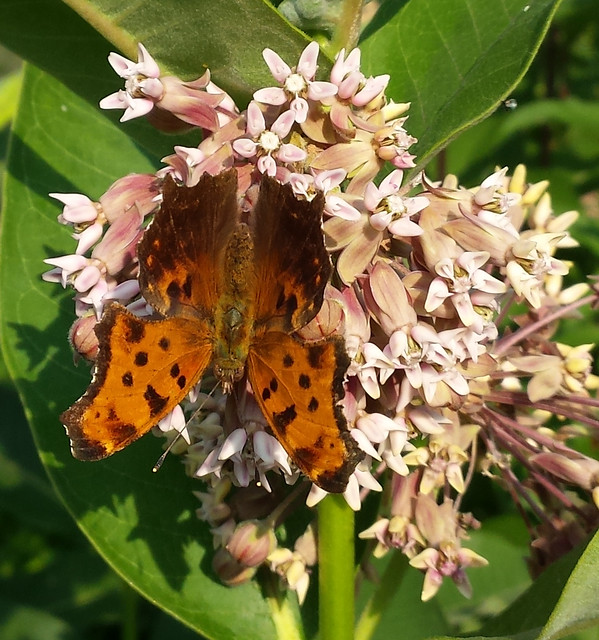 And five days later I thought this one was a different butterfly, a comma: 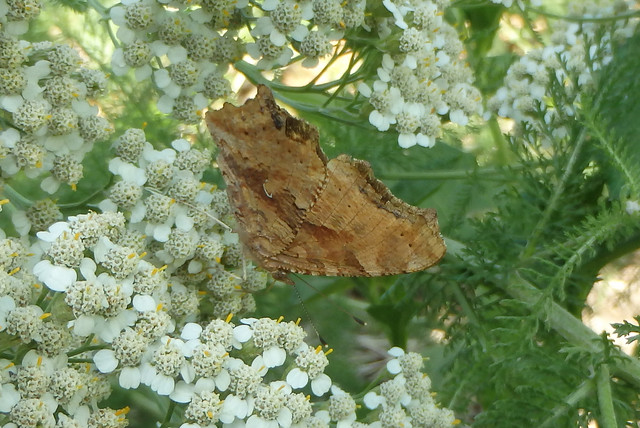 Now that I’m inspecting the images closely, I think they’re probably the same butterfly, and I think it’s a comma.

I only noticed tiger swallowtails a couple times. This year I will plant dill to attract them: 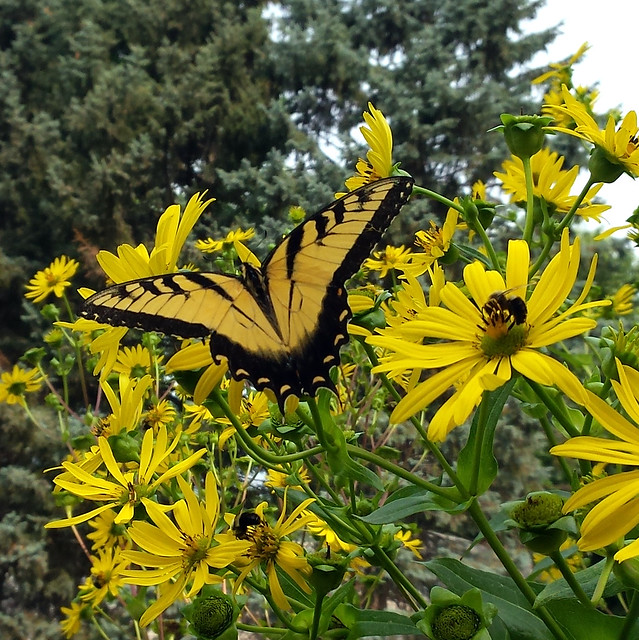 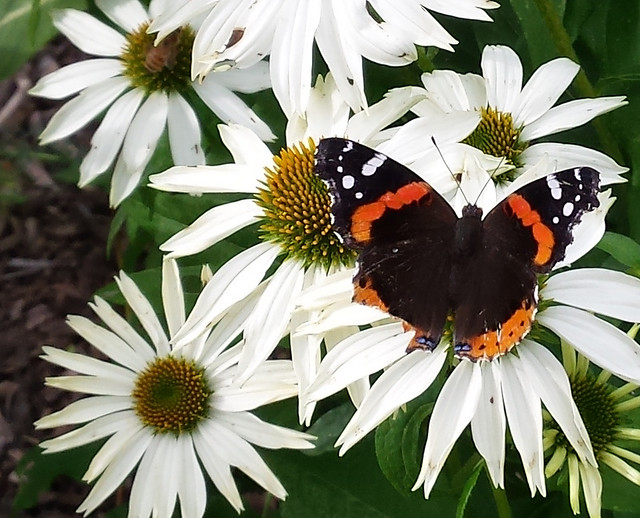 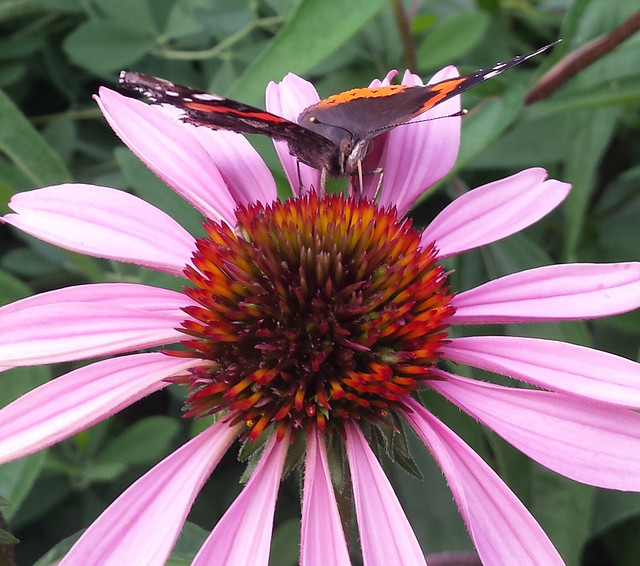 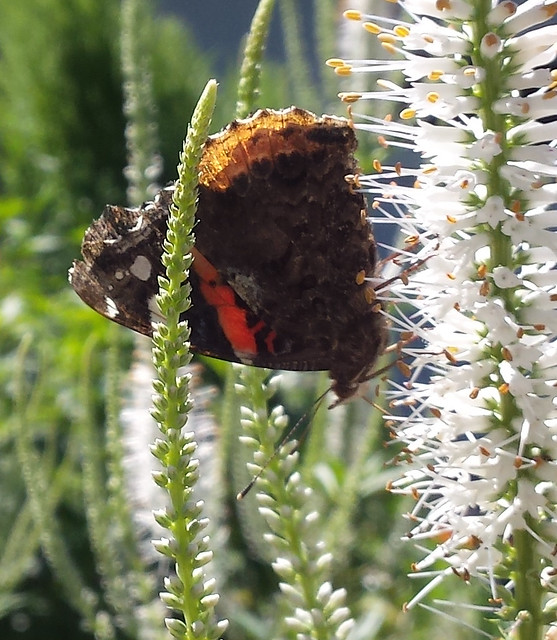 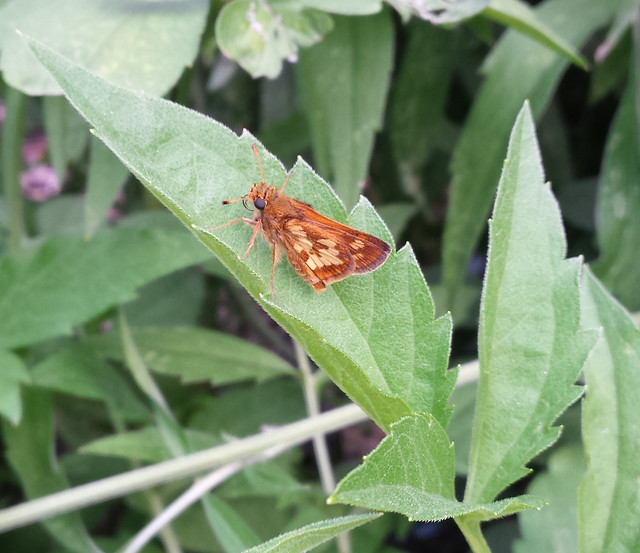 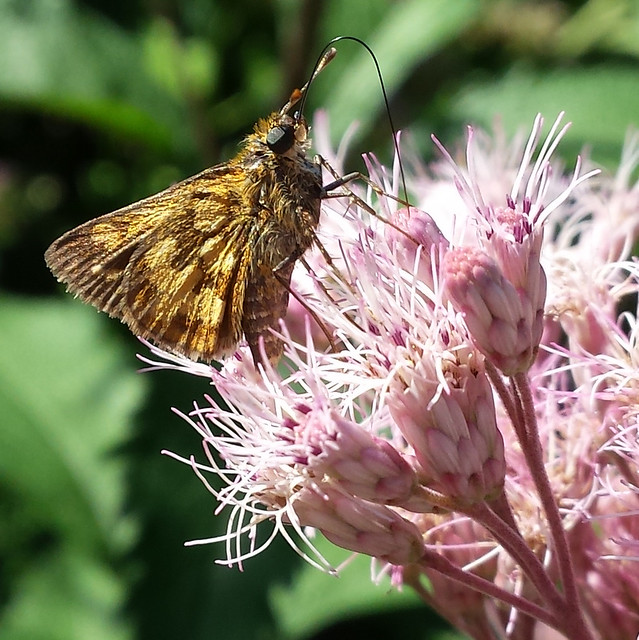 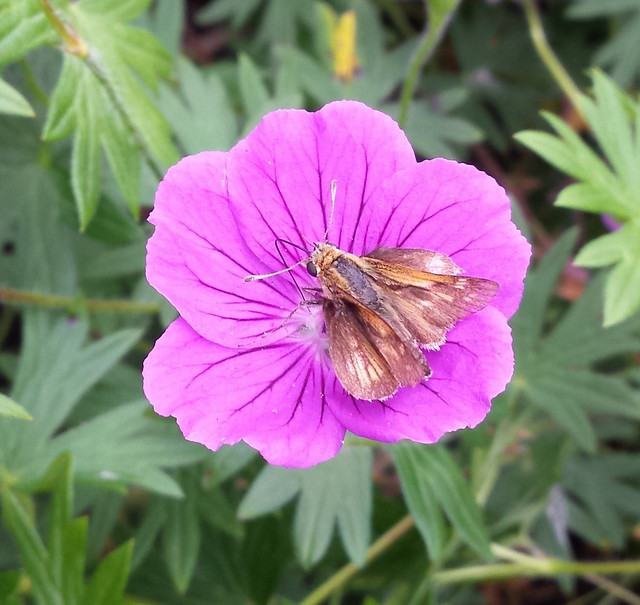 The most breathtaking find of last summer – a red-spotted purple: 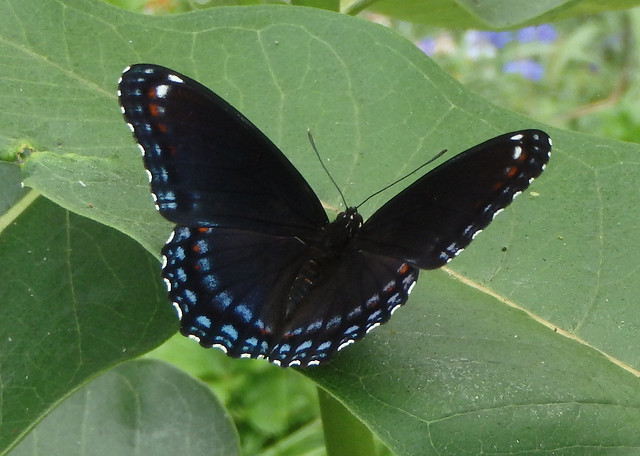 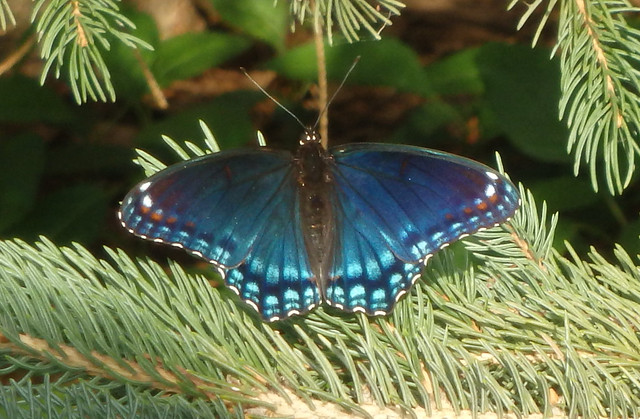 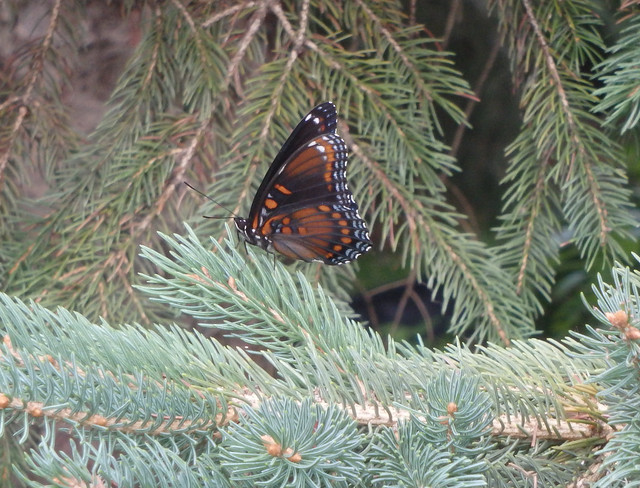